Manchester, July 12: India's limited-overs vice-captain Rohit Sharma has posted a heartfelt message on social media following the team's exit from the ICC Cricket World Cup 2019, saying his "heart is heavy" after the disappointment.

Rohit, who ended the tournament as the highest run-getter with 648 runs, acknowledged that his team "failed to deliver when it mattered" in the lost World Cup semifinal clash against New Zealand at Old Trafford in Manchester. 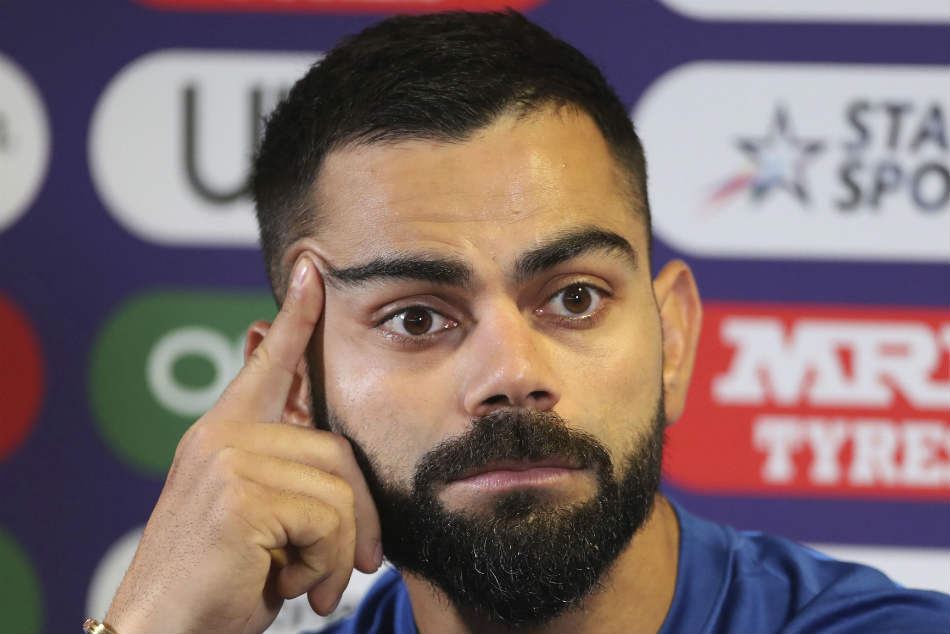 Among the pre-tournament favourites, India lost by 18 runs to the Black Caps in a rain-hit low-scoring semifinal which went on for two days. India's much-vaunted top three Indian batsmen, including Rohit, managed just one run each in a chase of 240.

My heart is heavy: Rohit

"We failed to deliver as a team when it mattered, 30 minutes of poor cricket yesterday & that snatched away our chance for the cup. My heart is heavy as I'm sure yours is too.The support away from home was incredible.Thank you all for painting most of uk blue wherever we played," tweeted the opener, referring to the top-order failure which left the scorecard reading 5/3 in the first four overs itself.

During the semi-final match, Rohit looked shattered when MS Dhoni was dismissed run out in the dying stages of the match. Dhoni, who was the last recognised batsman on the crease and team's last hope, was run out by Martin Guptill. Dhoni's dismissal proved to be the turning point of the match. Watching Dhoni walking back frustrated towards the pavilion, Rohit appeared completely shattered for he knew the match was lost.

Replying to Rohit's emotional message, his wife Ritika Sajdeh - who was present in the stands during the match - consoled him and wrote, "Don't worry Hitman, We love you."

Kohli too wrote an emotional message after India's exit

Earlier, skipper Virat Kohli had blamed the loss on "45 minutes of bad cricket". But also thanked the fans for their constant support all through the tournament.

Rohit had a memorable tournament as he amassed 648 runs in nine matches, including a world record five hundreds. He is likely to remain in that position as nearest competition David Warner is also out of contention after Australia's were sent packing with an eight-wicket loss to England in Birmingham on Thursday. The early dismissal against New Zealand was a rare bad day in office for Rohit, who looked in imperious form all through.