We want to create a winning structure at Royal Challengers Bangalore: Churiwala

By Unnikrishnan G
Updated: Friday, August 31, 2018, 11:43 [IST]
oi-Unnikrishnan
Sanjeev Churiwala, chairman of RCB, says they want to add a fresh perspective to the team from IPL 2019

Bengaluru, August 31: Sanjeev Churiwala, who has assumed office as chairman of the Royal Challengers Bangalore, said he would like to give the RCB a fresh edge without disturbing the continuity factor and create a winning structure.

"The vision of RCB has always been to be the most respected and trusted T20 team and after ever season we try and understand what more we can do in terms of bettering the performance. From the next IPL season, we want to look at the RCB from a fresh perspective but not disturb the continuity of the existing players," said Churiwala while unveiling Gary Kirsten as the coach and mentor of the team. 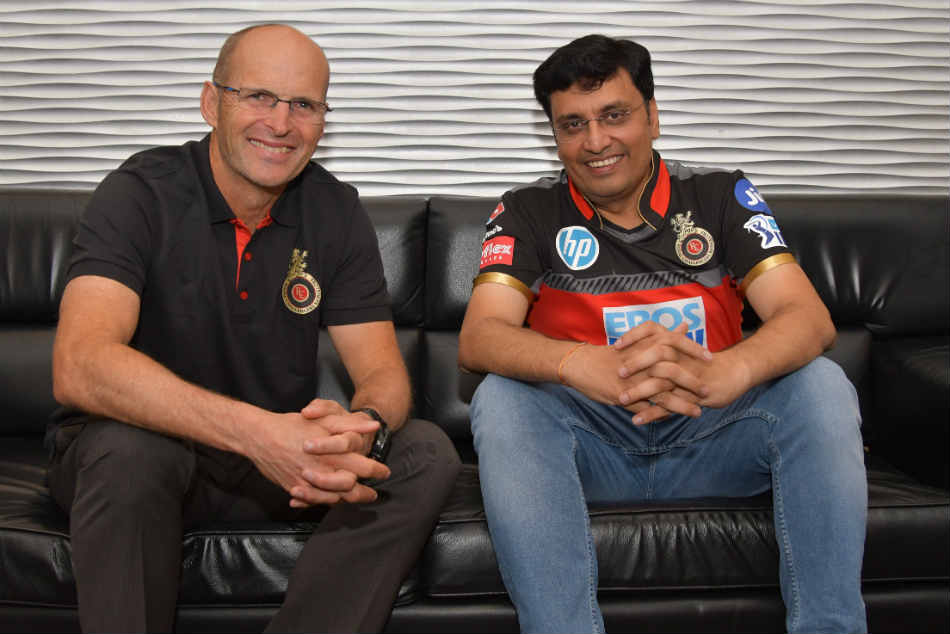 Detailing on the thought behind the selection of Kirsten, Churiwala said the decorated coach from South Africa, who has won an ICC World Cup title as coach of India in 2011, has a strong bond with the RCB players.

"Gary joined us last season (2018) as a batting coach and mentor. Now, he is taking over as coach and mentor. We will have more coaches and we still are working on the strategy. When we met Gary the first day, we have been trying to finalise our strategy around coaches.

"He brings in continuity in the team. He has been associated with the team since last year. With his experience, not just at the coaching level, we are talking about the coach and mentor for the team and that is super critical for us. I think we are looking at a cultural change. It is not just the technical skills and playing cricket, also about how to create that leadership," said Churiwala.

Churiwala also shed some light on the new coaching structure - a core group of leaders.

"We're not looking at a head coach. It will be a leadership coaching team that will work together. We have Gary and active discussions are on with coaches and even players to fill the other coaching roles. The leadership team - Virat, Gary and others who will come on board soon - can work together. The whole idea is to create a winning structure. It will be a passionate and an actively-involved team, which takes ownership together. It's not about an individual. It's about collective leadership," he said.

Kirsten has replaced Daniel Vettori as coach. The Kiwi parted ways with RCB after an eight-year association as a player and coach. Churiwala said the decision to separate was mutual.

"We had wonderful association with Daniel for eight years, first as a player and then as a coach. The parting was mutual, his contract was up for renewal and we wanted to bring in a different kind of coaching perspective for the next season. We kind of agreed with Danile and here was have Gary," he said.

Churiwala also said AB de Villiers, who had retired from international cricket earlier this year, will be available for the IPL 2019.