Welcome to the club, Kumble to Anderson; Ganguly says 600 Test wickets is greatness

By Avinash Sharma
Published: Wednesday, August 26, 2020, 14:06 [IST]
oi-Avinash Sharma
New Delhi, Aug 26: "Welcome to the club", said Anil Kumble, while Sourav Ganguly marvelled at the "greatness" as English pacer James Anderson's 600 Test wickets earned him a unanimous round of applause from some of the biggest names in Indian cricket.

Anderson touched the milestone on the fifth day of the drawn third Test against Pakistan when the 38-year-old dismissed rival skipper Azhar Ali.

"Congratulations @jimmy9 on your 600 wickets! Massive effort from a great fast bowler. Welcome to the club," Kumble tweeted. Anderson became only the fourth bowler in the history of Test cricket to reach the mark with former India leg-spinner Anil Kumble (619), Australian great Shane Warne (708) and Sri Lankan legend Muttiah Muralitharan (800) being the others. 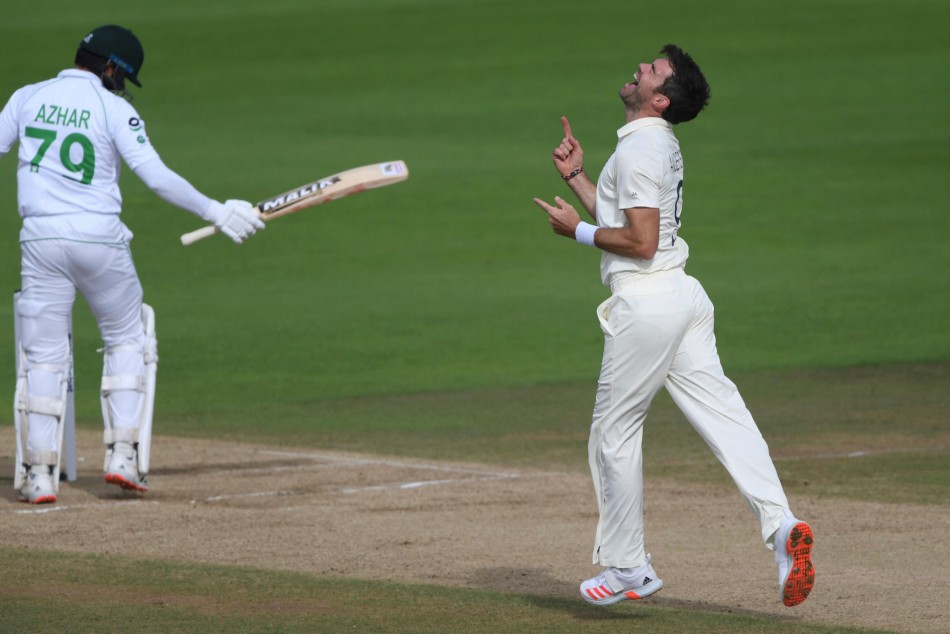 Anderson, speaking after the match, said he is bullish about crossing the 700-wicket mark. Former India skipper and BCCI President Ganguly was among the stalwarts to laud Anderson's achievement, calling it an inspiration for younger fast bowlers.

India skipper Virat Kohli joined his illustrious compatriots to praise Anderson. "Congratulations @jimmy9 for this outstanding achievement of 600 wickets. Definitely one of the best bowlers I've faced," he tweeted.

Anderson also claimed his 29th five-wicket haul in the third Test in Southampton and only the great Richard Hadlee has more among seam bowlers. Talking about his 600 wickets, Anderson said: "I have worked really hard with my skills over the years and I am fortunate enough that I get to do it at the top level playing for my country.