West Indies built credibility with T20 performance against India, will be a force to reckon with during WC: Brian Lara

New Delhi, Dec 14: Former West Indies captain and batting legend Brian Lara is mighty impressed with the performance of the young Windies T20I side under the leadership of Kieron Pollard.

The southpaw believes the team might have lost the three-match series against India earlier this week but the Men In Maroon would take a lot of positives from it and they are going to be a force to reckon with by the time ICC Men's T20 World Cup in Australia, next year, begins.

Talking to media persons, on the sidelines of the announcement of Blind Cricket Nationals for Women in New Delhi, the 50-year-old Trinidad and Tobago cricketer lauded Virat Kohli and his band for stamping their authority in the third and deciding T20I against the Windies as they registered an emphatic 67-run win at Wankhede Stadium on December 11. But he was equally happy with the performance of the youngsters who showcased their skills against a strong Indian side in the latter's backyard.

"The West Indies team built some credibility in the recently concluded T20I series against India. I think, India stamped their authority and showed their class and dominance by winning the last T20I and finished it 2-1. But I think there are a lot of bright young stars in this West Indies team and in the eight to ten months when the T20 World Cup (in Australia) comes around, we'll be a force to reckon with. We are double champions, so don't take us easy," Lara, who's hailed as one of the all-time greats, told media persons. 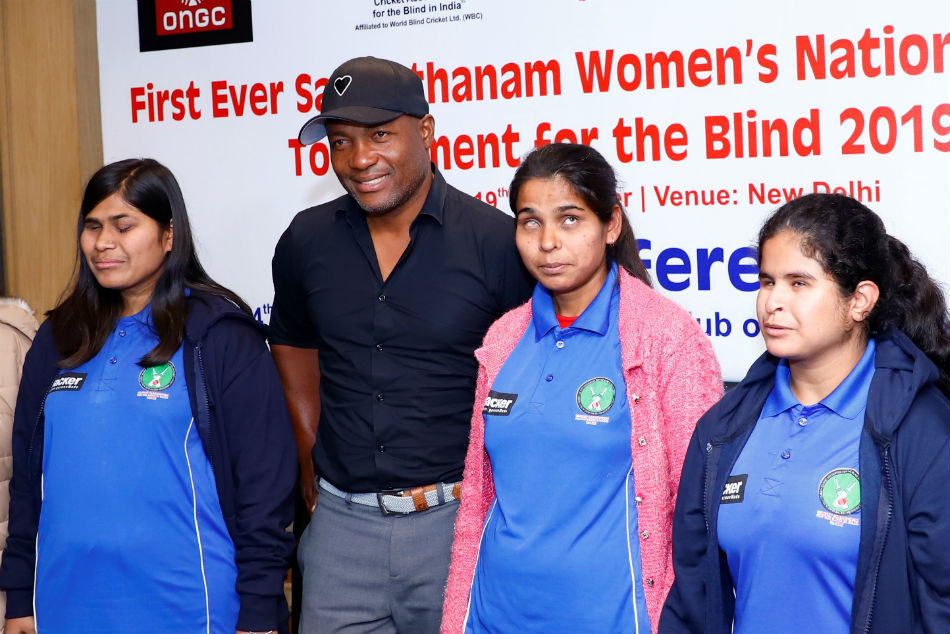 Lara - who holds the record of posting highest individual total (400 not out against England) in a Test innings - when asked if the popularity of T20 will take away the charm of Test cricket said, "See, the game has evolved and it happened at the fag end of my career when T20 came around and I am thankful that I got an opportunity to concentrate on the longer version of the game. Just remember, I grew up in the 1970s during the period of a very strong West Indies team and every parent wanted their sons to play for the West Indies. But the game is evolving and I am seeing the new spectators coming in, seeing new sponsors get involved with (a shorter version of) the game.

"Yes, it will take (the attention) away from Test cricket. Do I want it to happen? No. But that's the way how it goes. People want to go to the stadium in the afternoon and watch the game with their kids. You've got to give them what the present crowd wants because we are all entertainers and that's where the game is headed.

"I feel that the Test cricket will be given a good little lifeline with the introduction of a Test league (ICC Test Championship). I don't think that the ICC has it right yet in terms of the distribution of points. But I am sure things will improve for this is the first time (they are holding an ICC Test Championship). The big match series like an Ashes between England and Australia is always going to draw a lot of public attention, and Afghanistan, who were recently granted the Test status, and they are not doing badly. But, you know, the young cricketers are the drivers of the game and you hope that they appreciate what Test cricket is all about for it is the true test of one's ability and attrition level. They should try and take each form of the game the kind of respect it deserves," he added further.

'Kohli, Rohit can break my world record of 400'

When asked about his thoughts about Australia opener David Warner's epochal knock of 335* against Pakistan during the Day-Night Test in Adelaide last month Lara said the Aussie looked destined to break his world record of 400 had Australia not declared their innings. Lara said India's Rohit Sharma and Virat Kohli on their days are capable of surpassing this record which he reckons is just a matter of time to be broken.

"He did look destined to do it. But the decision to declare was vindicated as Australia got six Pakistan wickets by the evening. It's all destiny and it's not something that you could plan.

"Players like David Warner, in past Gayle, Inzamam, Jayasuriya, Hayden, attacking players are the ones who are best suited to break the record.

"Virat Kohli, Rohit Sharma if he bats day or day and a half, can definitely break the record. Hopefully, I am around to see that. I don't think records are meant to be kept. Sitting down as 50-year-old with two world records is not that exciting," he added further.