Why diet like Virat Kohli when you can hit longer sixes than him, says overweight Shahzad

New Delhi, May 3: At over 90kg, Mohammad Shahzad is the complete antithesis of fitness freak Virat Kohli but the Afghan wicketkeeper-batsman says who needs a punishing regimen like the Indian captain when he can hit longer sixes than the world's No.1 ODI batsman. 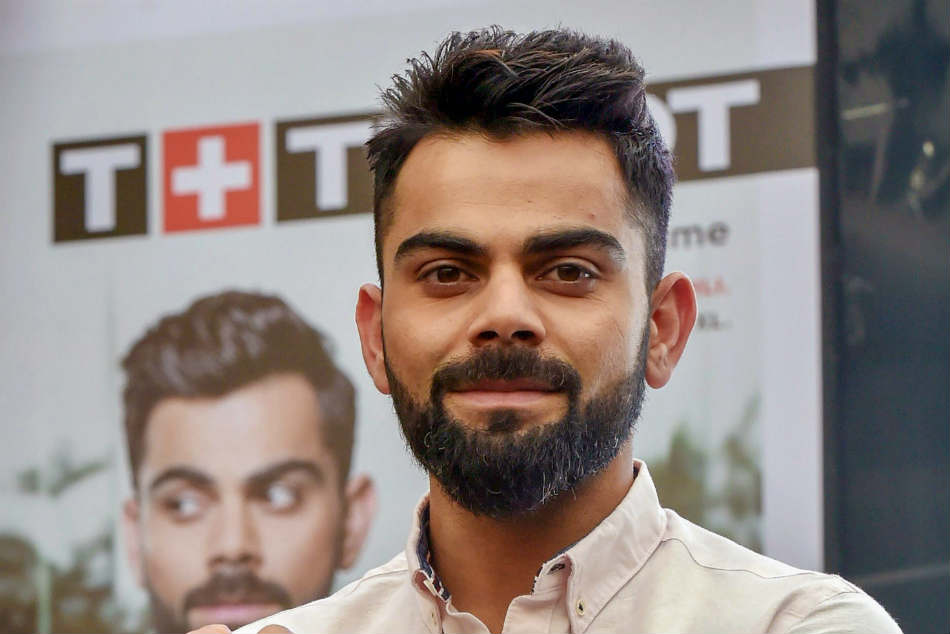 Standing at 5'8", there is seldom a dull moment when the stockily-built Shahzad is around, both on and off the field.

"Dekhiye hum fitness bhi poori karte hain aur khaate bhi poora hain (I work a lot on my fitness but I don't compromise on food). You want me to have a fitness routine like Kohli, it is not possible, but I am working on it (losing weight)," Shahzad tells PTI in a chat.

The burly 30-year-old cricketer, who has had an eventful international career dating back to 2009, simply plays by his own rules. He knows he is overweight but doesn't doubt his ability one bit, so much so that he believes that he can hit bigger sixes than Kohli despite not having the exemplary fitness and skill possessed by the Indian captain.

Having played in a refugee camp in Pakistan, the Jalalabad-based player speaks urdu fluently and also passes the hindi test. Remind him of his weight again, Shahzad says not everyone can be like Kohli.

He spends a lot of time in India and claims to know top Indian cricketers well. He calls MS Dhoni his "closest friend" in the Indian team and also enjoys a good rapport with Suresh Raina and Shikhar Dhawan (he continuously calls India opener 'Shekhar').

The cricketer has often faced criticism for being 'overweight' but he has hit back at his critics with match-winning performances. He has defied the odds to become Afghanistan's leading run-getter in T20s and is second only to Mohammad Nabi in ODI runs.

"...my coach (now Phil Simmons) knows that I can keep for 50 overs and bat for 50 overs. I have never seen it (weight) as an issue," says Shahzad, who is preparing in India with the team for its maiden Test in Bengaluru in June.

He has won his team many games but has also been in the news for wrong seasons. He recently got back into the team after a serving a one-year doping ban. Then he copped a two-game suspension as recent as March during the World Cup qualifiers in Zimbabwe for causing damage to the ground after being upset at his dismissal.

He returned to deliver a 'man of the match' performance in the final of the World Cup qualifier against the West Indies. And then two weeks later, his country's cricket board, ACB, pulled him up for playing a local tournament in Peshawar without its permission and summoned him back to base. So, why is he the way he is?

"Dekhiye galti toh insaan se hi hoti hain (To err is human). I have had two cups of coffee with you and who knows I might test positive after this," says the attacking opener who also regrets not being selected for Afghanistan's maiden World Cup appearance in 2015.

He is liked both for his antics and his ballistic strokeplay. He has won fans in India for his Dhoni-like execution of the 'helicopter shot'.

"I try to hit it like Dhoni," he says before opening up on his rapport with the Indian cricketers.

"It is always nice to catch up with the Indian cricketers. They are very warm. I have always looked up to Dhoni and now I have the pleasure of knowing him. I have played against India three-four times and after the match gets over, I have dropped in at Dhoni's room and chatted for hours.

"He usually asks me 'what's happening in Afghanistan' and at my home. We don't tend to talk a lot about wicket-keeping and batting, it is just regular stuff about life. His room is always open for a chat but yes, it is tough to reach him on his mobile number.

"Even Suresh and Shikhar bhai are very warm people," says Shahzad, who like most of his teammates, is a Bollywood fan, his favourite actors being Ajay Devgn and Shah Rukh Khan.

Come June 14, Shahzad will become part of history when his team takes the field against India in a Test match for the very first time.

"It will be some occasion. Earlier, the goal was to qualify for the World Cup. We have done that and now it is all about the Test against India."

Ask him about Kohli's possible absence from the historic match as he might be playing county cricket in England, Shahzad says playing against the Indian skipper would be more fun.

"It will be more fun and challenging if he plays. If he is not there, it will be a problem for India's batting, we have no issues. But we would want to watch him play."

He is also pleased with the fact that all of his teammates have overcome struggles to become world-class players, ensuring a brighter future for the aspiring youth in the war-torn nation.

Shahzad ends the long conversation with a gem after being asked about his family.

"Bahut badi family hain ji, ginte ginte raat ho jayegi (it will take a whole night to recall the names of all my family members). I have two kids, six siblings and my mother. It is always nice to go back to them whenever I get a small break from cricket," he signs off.