Bengaluru, Oct 16: 17-year-old Mumbai batsman Yashasvi Jaiswal on Wednesday (October 16) raced his way into the record books as he became the youngest player to score a List-A double century.

The Mumbai teenager scored 203 off 154 balls, which was laced with 12 sixes and 17 fours, on Wednesday (October 16) against a Jharkhand attack that included out-of-favour India pacer Varun Aaron and Shahbaz Nadeem.

The opener's scintillating innings helped Mumbai set a mammoth target of 359 for Jharkhand in the Vijay Hazare Trophy Elite Group A match at Alur, Bengaluru.

Yashasvi Jaiswal, who at 17 yrs, made a List A double century today for Mumbai, had hit an unbeaten 319 and then in same match claimed 13/99 for Anjuman Islam High School (Fort) against Raja Shivaji Vidyamandir (Dadar) in a Giles Shield schools match in Jan 2014, then aged 12 yrs

Jaiswal, who is playing his debut Vijay Hazare season, has been in fine form in the tournament, scoring 113 and 122 against Kerala and Goa respectively. 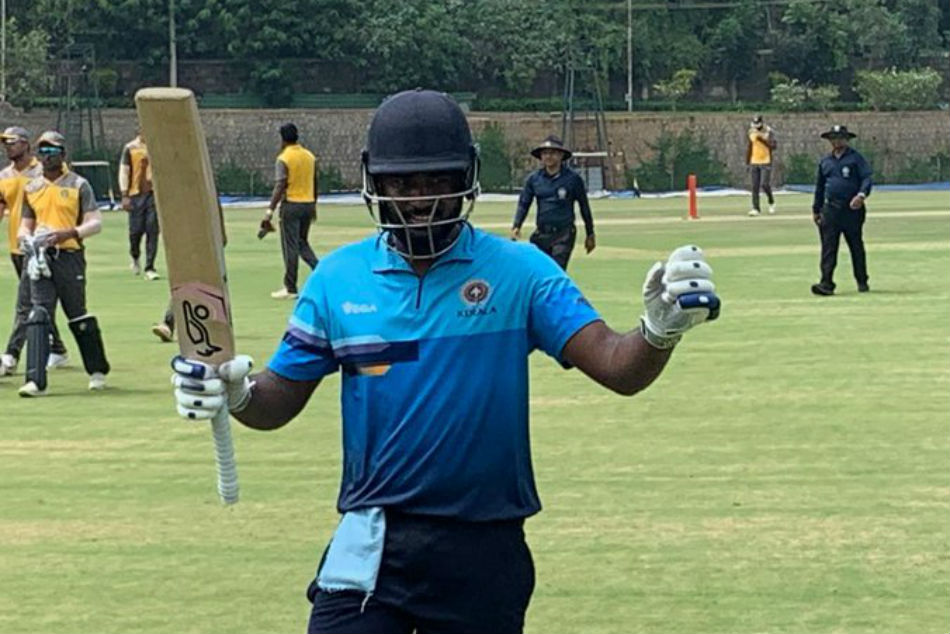 Sanju Samson slams Double Century: 212 not out with 20 fours and 9 sixes to post Highest Score in Vijay Hazare Trophy

The left-handed opener made it the ninth instance of an Indian scoring a List A double-ton. He has amassed 585 runs already in just 5 games and surpassed Tamil Nadu's Baba Aparajith to become the leading run-scorer in the tournament.

Jaiswal's feat comes less than a week after Kerala batsman Sanju Samson scored 212 not out - his first List A century against Goa, making it the highest individual score in the competition. The talented right-handed batsman's 212* was the highest individual score in a domestic game in India. It was the fourth-highest List A score for India after Rohit Sharma's 264, Shikhar Dhawan's 248, Virender Sehwag's 219.