Yuvraj Singh - the man who put joy back into cricket 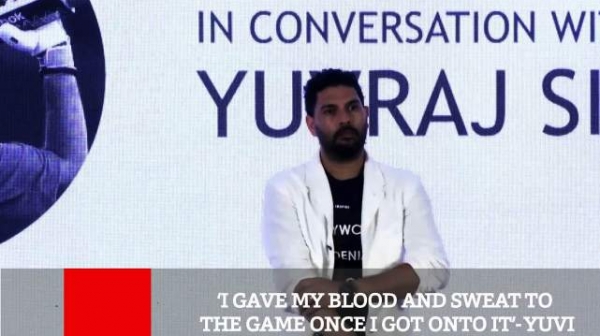 Bengaluru, June 11: Yuvraj Singh has walked into the sunset. The prolonged denouement arrived much after his prime and at a rather business-like environment of a press conference in Mumbai. It may not have suited the way Yuvraj played his cricket or the way he lived his life outside the field.

But then only a few go out on a blaze of glory -- Sunil Gavaskar, Sachin Tendulkar, Pete Sampras, Michael Phelps. While some other great champions exit rather serenely or limp out with a tinge of pain -- Rahul Dravid, VVS Laxman, Usain Bolt.

But how will the fans of Indian cricket remember Yuvraj? For that we need to take a quick trip back to the year a left-handed kid made his debut for India. 2000. It was the year the fans left a disgusted lot after the ghost of match-fixing came out of the closet to haunt several big names in Indian and world cricket. Those were the Dark Days of cricket. Every wicket, every false shot, every run out were viewed through the prism of doubt.

No one was to believed. Cricket was bereft of joy. The young Indian team under Sourav Ganguly had a tough twin task -- start winning again and earn the trust back. Then arrived this 18-year-old kid from Chandigarh. All dash, flair and supremely athletic.

His supreme self confidence was often taken for arrogance and truth was far from that. Yuvraj showed all those qualities in the less fancied surrounding of Nairobi while making an archetypal 84 against the fancied, all-conquering Australia, who had in their attack Glenn McGrath, Brett Lee and Jason Gillespie.

And those who watched that innings instantly understood Yuvraj was going to be the one for future. In the more aristocratic environment of Lord's, Yuvraj and his contemporary Mohammed Kaif helped India chase a 300-plus total in the NatWest Cup final against England. Those two teams -- Australia and England -- saw a great deal more of Yuvraj in the coming years -- in the 2007 World T20 and in the 2011 World Cup in particular.

But it all began in Nairobi and Lord's. It was the strength and belief of youth powered that Indian outfit of the mid 2000s which also had a long-haired MS Dhoni, a raw but canny Zaheer Khan, tempestuous Harbhajan Singh, the cool kid Suresh Raina and together they raged against opponents bringing in several laurels for the country. India won at home and abroad and cricket became a thing of joy all over again. We learned to hope for an Indian win even after Sachin Tendulkar was dismissed.

Yuvraj was in the centre of all that. But his efforts in the 2007 World T20 in South Africa and in the 2011 World Cup, the tournaments in which Yuvraj was India's MVP, will remain his high points. In South Africa, Yuvraj was in the 7th year of his international cricket and at the peak of his powers. It reflected in his outings, especially against Australia and England and in those six sixes against Stuart Broad.

If a flowing-lock Dhoni offered that ultimate sporting fantasy of village-boy-turned-rock-star, Yuvraj was the dreamtime pin up boy -- glamour, skills, fast and swanky cars, collection of uber cool sun glasses, and girls flocking around him. Stories of grit and glitz were galore then.

But disappointments were there too. The horror run of 2007 World Cup, struggles in Test cricket and a few injuries. By the time, the 2011 World Cup started, Yuvraj was not even remotely close to that athletic man he once was. His movements were laboured, weight touched the no-zone for an international athlete and, known to none, there was a cancerous growth inside his body.

But he braved each of those impediments, collected 362 runs and 15 wickets. If you are looking for a testimony for mental strength, Yuvraj in 2011 would offer a perfect specimen. But every sportsman -- champion or otherwise -- have a shelf-life. The sure sign of his decline came in the 2014 World T20 final when he crawled around for a 21-ball 11. It was a painful sight, watching a dasher slipping to dabbler.

But he lingered on, mainly in the IPL where he still commanded good prices, basically through his past reputation. There was an odd reminder too in 2017 of his awesome hitting powers, moulded by a governing father in the back alleys and nets of Chandigarh, when he made a career best 150 against old foe England.

Yuvraj did not play for India after mid-2017. He didn't have to either. He had already given memories and joy for a lifetime by then.