Bengaluru, September 16: Aston Villa have completed the signing of goalkeeper Emiliano Martinez from Arsenal on a four-year contract in a reported £20million deal.

The Argentinian stopper played regularly at the end of last season and started in the Arsenal's FA Cup final victory over Chelsea at Wembley in August and in the Premier League's curtain-raiser -- Community Shield -- against Liverpool.

However manager Mikel Arteta has chosen Bernd Leno as his No 1 for the coming season, leading Martinez to end his long asssociation with the Gunners and seek first-team action at the Villa Park.

"We know how highly Arsenal rated him and we watched his outstanding performances last season in a trophy-winning top side.

"We moved for Emi when we saw the opportunity, as it's rare to be able to buy a top class goalkeeper who hasn't yet reached their peak age and who can therefore be a key player for our Club for the long term."

Martinez joined Arsenal from Independiente in 2010, though the Argentinian has often been second or third choice at Emirates Stadium.

Earlier, the 28-year-old bid adieu to Arsenal in an Instagram video. 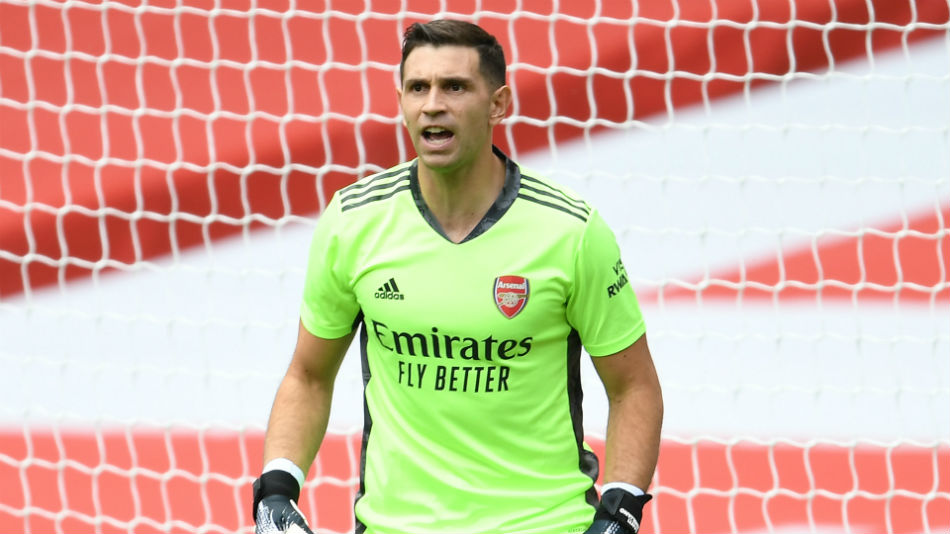 "Thank you Arsenal. For me, I could not be happier to leave through the front door with the Arsenal fanbase supporting me and the club supporting me.

"I had 11 years at the club, and even if it was a hard road for me, and I suffered through my time at Arsenal, today I am happy and I tried to show young goalies how work pays off.

"When you work hard, you are not going to be happy the whole time, you are going to have frustration, bad times in life.

"They all understood at Arsenal and they support me for my decision. The Arsenal fanbase were always there for me, I felt their love.

"Even when Bernd got injured this season, I received loads of messages like 'we trust in you', 'you are our goalie'. That made me confident, made me win games and made me the keeper I am today.

"They understood my story and they love the way I worked in the club. I'm so glad to be part of the Arsenal family for 11 years."