Balotelli reacts angrily after yet another racism row

Bengaluru, January 6: Italian striker Mario Balotelli lashed out after yet again being targeted by racist insults, this time from Lazio fans after he scored for Brescia in a 1-2 Serie A loss, telling his tormentors: "Shame on you".

"A defeat that hurts but we will come back stronger and we are on the right track," the 29-year-old wrote on Instagram.

"Lazio fans that were today at the stadium SHAME ON YOU! #saynotoracism."

Sconfitta che fa male ma ci rifaremo siamo sulla strada giusta. Laziali presenti oggi allora stadio VERGOGNATEVI! #saynotoracism✊🏾🤬 Is a lost that hurt but we will come back stronger and we are on the right way! Lazio fans that were today at the stadium SHAME ON YOU! #saynotoracism ✊🏾

Balotelli struck the first goal after 18 minutes at Brescia's Stadio Mario Rigamonti before title-chasers Lazio hit back with a Ciro Immobile double.

But the game was overshadowed by insulting chants aimed at the former Manchester City and Liverpool player.

"It's already the second time," Balotelli told referee Gianluca Manganiello after half an hour, with the latter replying: "Now I'll take care of it".

Lazio coach Simone Inzaghi gestured in front of the visiting fans to stop the chanting, as an announcement was read over the stadium speakers reminding spectators play would be suspended and their club penalised if they continued. 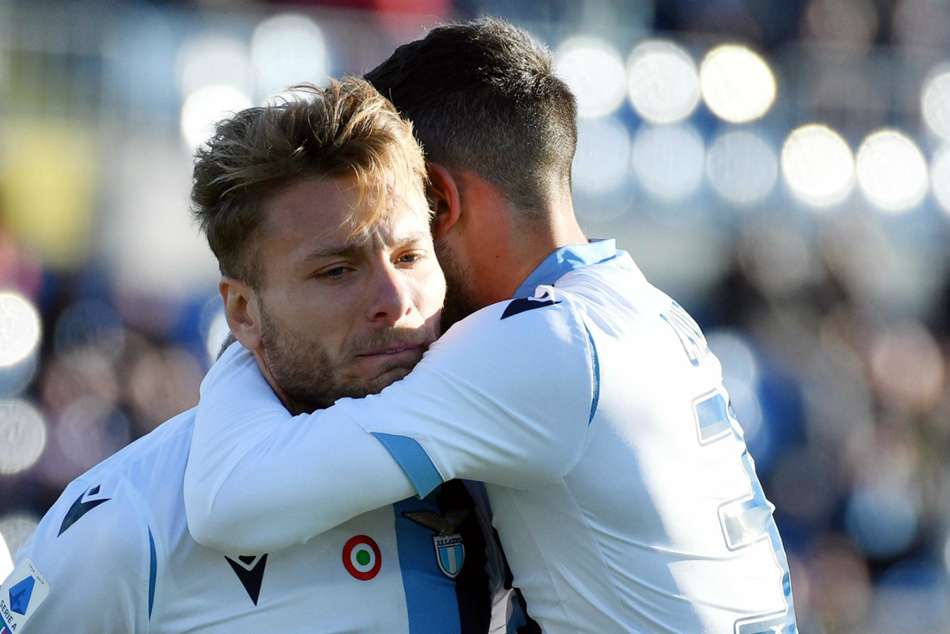 Brescia fans tried to drown out the insults with whistles and cheering which Balotelli applauded.

Lazio later issued a statement condemning the behaviour of "a very small minority of fans".

"The club confirms once again that it condemns these unjustified excesses and it intends to prosecute those who betray their own sporting passion and cause serious damage to the image of the club and the Biancoceleste team," Lazio said.

It is not for the first time this season that Balotelli is being subjected to racial taunts. It may be recalled that in November, Balotelli threatened to walk off the pitch after being the target of monkey chants at Verona, with Inter Milan's Romelu Lukaku, AC Milan's Franck Kessie and Fiorentina's Dalbert also victims of abuse this season.

Balotelli picked up where he left off before the winter break pulling clear of Luiz Felipe to volley in his first home goal for Brescia and first of the decade.

He also scored the first goal of the previous decade in January 2010 with Inter Milan.

But the effort was overshadowed by the racism row.