Munich, May 23: Thomas Muller and Alphonso Davies were once again pivotal figures for Bayern Munich as the champions saw off Eintracht Frankfurt 5-2 on Saturday, restoring their four-point cushion at the Bundesliga summit ahead of Tuesday's Klassiker.

Muller and Davies have been revelations for Bayern this term and both were as crucial as ever with a goal and an assist each, though their side's defending left plenty to be desired prior to a potentially pivotal match against Borussia Dortmund. 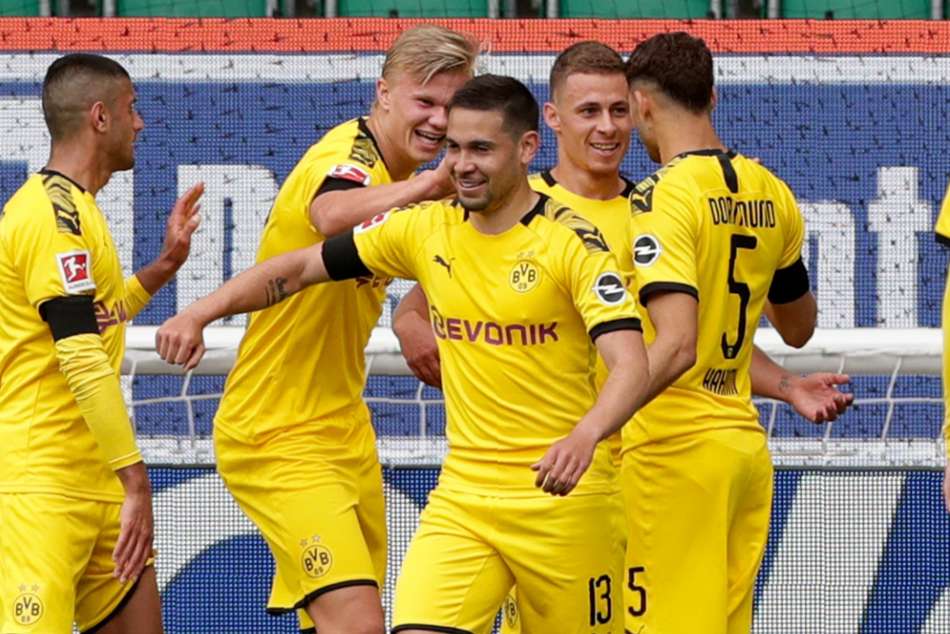 There was nothing surprising about the pattern of the first period at the Allianz Arena, however, and Bayern were fully deserving of their comfortable half-time lead of 2-0, the excellent Muller setting up Leon Goretzka before then getting on the scoresheet himself.

Defensive lapses early in the second half showed a chink in Bayern's armour, however, as Martin Hinteregger netted twice in quick succession from corners after Robert Lewandowski had made it 3-0, but Davies' well-taken goal in the 61st minute was followed by an own goal by Frankfurt's Austrian centre-back to ensure a home victory.

Although Frankfurt managed to avoid a repeat of last week when they were behind after just 34 seconds, they were fortunate to keep Bayern at bay for as long as they did, Lewandowski hitting the crossbar and Benjamin Pavard going close in the early exchanges.

But there was no denying Goretzka in the 17th minute, the Germany international emphatically steering in a first-time effort after arriving on to Muller's inch-perfect cross.

Muller made it 2-0 just before the break, running clear of Frankfurt's offside trap as he collected Davies' left-wing delivery and squeezing the ball past the approaching Kevin Trapp, despite an awkwardly high bounce.

Lewandowski headed Kingsley Coman's cross in within a minute of the restart, seemingly wrapping up the points, but Bayern conspired to give Frankfurt a chance.

Hapless defending allowed Hinteregger to tee himself up for a close-range finish in the 52nd minute - and he then netted again a few moments later from another corner.

Yet Davies restored a modicum of calm to the Bayern bench just past the hour, finding the bottom-left corner after the ball broke kindly for him.

Hinteregger converted for a third time with 16 minutes to go, albeit it came in the wrong net as the ball ricocheted on to him and then into the goal following a driving run from Serge Gnabry.

What does it mean? Der Klassiker set up nicely

If any single match is to determine where the Bundesliga title ends up, it will surely be Tuesday's meeting of the top two – and what a contest we have in prospect.

Dortmund have looked solid upon the resumption, and while Bayern appear ruthless going forward, their defending on Saturday left a lot to be desired. Goals are surely guaranteed.

While Davies and Muller were obvious stars for Bayern, Coman was also impressive. The France international was a constant threat out wide and supplied six key passes, the most in the game. He also got himself a goal, too.

Frankfurt full-back Evan Ndicka failed to make a single tackle or interception before his half-time withdrawal. Though, to be fair to him, the visitors were not much better without him.

The big one is on the horizon for Bayern – Tuesday sees them go to title rivals Dortmund in the Klassiker, and a victory will take them seven clear of BVB. As for Frankfurt, they will be hosting Freiburg on the same day.