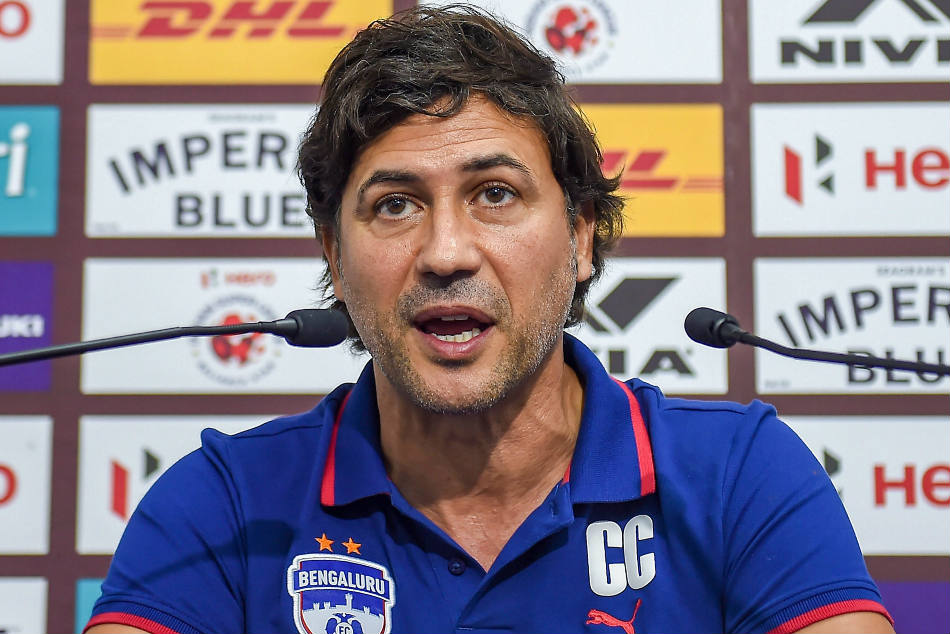 Despite temperatures that have been hovering around the one degree mark, the Blues' boss is hopeful that Bengaluru can overcome the impediment and make it through to the next stage.

"We have been preparing very well because we love to represent India at the continental stage. The AFC Cup brings back good memories, traveling all over Asia to play semi-finals and finals. It's great to be back in this competition and I hope we will have a good game of football against Paro FC," said Cuadrat, addressing the media on the eve of the game.

.@SureshWangjam is on a first continental trip with the Blues and the youngster's looking to make the most of it. #WeAreBFC #RoomForMore pic.twitter.com/3ZlsmzTmxO

In what adds an interesting sub-plot, former Blues' winger Chencho Gyeltshen will turn out for the hosts on Wednesday. The all-time top scorer for the Bhutanese National Team, Chencho scored two goals during his time with Cuadrat's side in the Indian Super League (ISL), and scored three times over two legs in Paro's Preliminary Stage win over Defenders FC.

"Chencho is a great footballer and an even better person. I'm very happy that I will be meeting him again. He's a player with a lot of quality for sure - he's quick and has a good eye for goal - and I am sure that our defence will have to be at its best to keep him in check," Cuadrat added.

Club captain Sunil Chhetri is part of a 30-man squad that the Blues have registered for the preliminary stages of the tournament, and Cuadrat believes that the regulations allow him to hand opportunities to youngsters.

Bright and sunny, yet cold here in Thimphu where the Blues have been through their paces ahead of the clash against Paro FC in the 2020 @AFCCup Preliminary Stage Two. #WeAreBFC #RoomForMore pic.twitter.com/lOAboPo94N

"The Indian Super League squad can only have 25 players, but the AFC allows me to register five more. There are nine players from my B Team who are part of the squad for the AFC Cup and I believe that they have the talent to represent the first team. It will be nice for some of them to play a game like this," said Cuadrat.

Paro, founded in 2018 and managed by Jangchuk Dorji, qualified to the Preliminary Stage Two of the AFC Cup by virtue of a 5-5 aggregate win over Defenders FC. The Tigers won their first National League title with the 2019 edition of the Bhutan Premier League.

.@nili_lp7's been a livewire in training and it remains to be seen whether he's handed a first start in a Blue shirt tomorrow. #WeAreBFC #BluesInAsia pic.twitter.com/aldaomcg5M

The Blues are currently placed third in the Indian Super League table, two points adrift of both FC Goa and ATK.

The game at the Changlimithang Stadium kicks off at 2.30 pm local time (2 pm IST).