Dortmund, November 5: Tuesday's Champions League schedule presents the chance for Marco Reus to set a new record for Borussia Dortmund, while Erling Haaland will hope to maintain his scoring run.

Reus drew a blank last time out in Europe, the Bundesliga side losing 2-0 to Inter, but will hope to make club history in the return fixture in Germany.

Barcelona are top of the table in the same group and the reigning La Liga champions will be eager to preserve their unbeaten home run when they take on Slavia Prague at Camp Nou.

Liverpool are another team who seem to relish having home comforts, plus history tells us Chelsea should be feeling confident when Ajax visit Stamford Bridge. 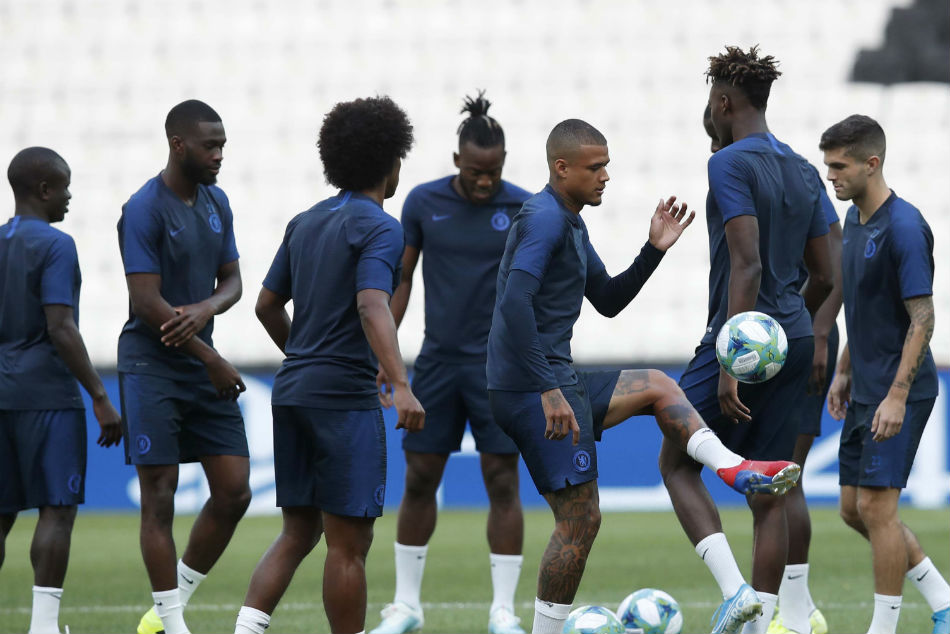 Four key Champions League matches to look out for

We have picked out some of the notable numbers from Opta ahead of the eight games taking place at the start of matchweek four.

Our fans never cease to amaze us! pic.twitter.com/1k6NuAWmOA

33 - Barcelona are on a run of 33 home games without defeat in the competition. That is the longest streak in Champions League history, while they have only lost once in their last 55 outings at Camp Nou.

3 - Lautaro Martinez will look to become the first player to find the net in three consecutive Champions League appearances for Inter since Samuel Eto'o, who scored in four in a row in 2010

10 - Willian has created 10 goalscoring chances for his Chelsea team-mates so far in Europe this season. However, he is still yet to provide an assist!

100 - Chelsea have won every Champions League match when they have faced Eredivisie opponents. They overcame Ajax in the reverse fixture last time out, adding to home and away victories over Feyenoord in the 1999-2000 season.

Tammy's got it all under control!pic.twitter.com/DKJ9nPxxbK

11 - Alisson has kept 11 clean sheets in his Champions League career - six for Liverpool and five for Roma. Only Barcelona's Marc-Andre ter Stegen (12) has posted more since the start of the 2017-18 season.

23 - Liverpool have not lost at home in all European competitions since October 2014, a run of 23 games. The last visiting team to celebrate success at Anfield? Real Madrid (3-0).

0 - Benfica have won none of their four away Champions League matches played on French soil (D2 L2). In fact, they have failed to score a single goal so far!

6 - Lyon have drawn each of their last six home Champions League matches – the longest such run in the history of the competition.

13 - Will Napoli get lucky at home for a 13th time in the Champions League? They have won 12 of their last 18 played out in front of their own fans, including four of the last five since a 4-2 loss to Manchester City in November 2017.

19 - Erling Haaland (19) is aiming to become only the second teenager in the history of Europe's top-tier club tournament to score in four consecutive appearances. Only Kylian Mbappe has previously achieved the feat.

10 - Valencia have conceded at least once in each of their last 10 home Champions League matches. They have been beaten in their last two European home games and will be aiming to avoid losing three in a row at the Mestalla for the first since November 2007.

14 - Including qualifiers, Lille are winless in their last 14 European games (D7 L7). Their last victory was way back in July 2014.

14 - Zenit have won their previous 14 group-stage matches at home in the Europa League and Champions League combined, a run stretching back to November 2014, when they beaten 2-1 by Bayer Leverkusen.

10 - At 32 years and 105 days, Leipzig boss Julian Nagelsmann will become the youngest coach to reach the milestone of 10 Champions League matches in charge.