Valencia, September 20: Cristiano Ronaldo was sent off on his Champions League debut for Juventus but two Miralem Pjanic penalties secured the 10 men a dramatic 2-1 win at Valencia. 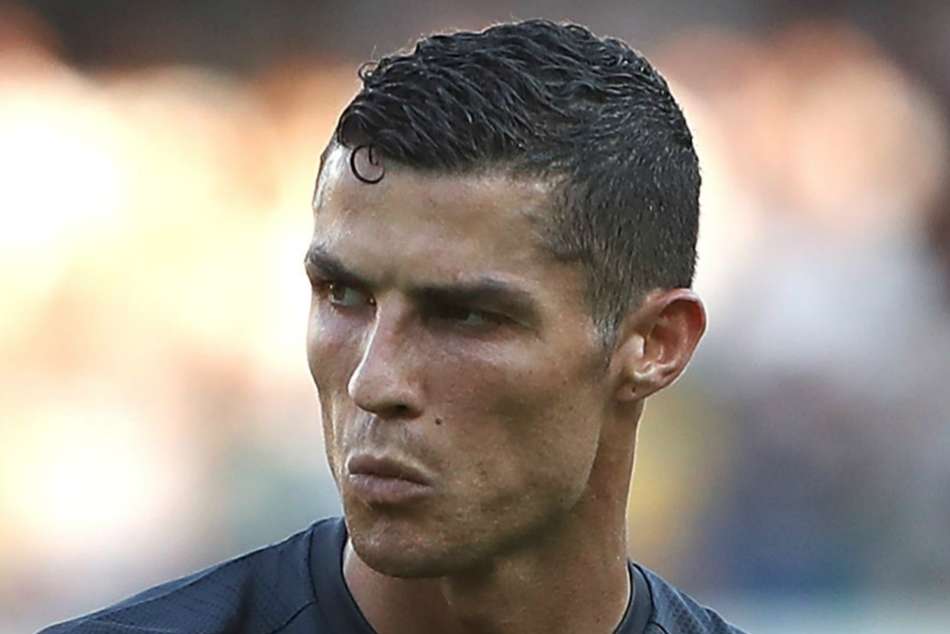 Referee Felix Brych consulted with his assistants and brandished a straight red for Ronaldo's apparent attempt to pull Murillo's hair, meaning the 33-year-old, who was reduced to tears in the aftermath to the dismissal, could miss a reunion with former club Manchester United in October, if UEFA chooses to extend his mandatory one-match ban.

While Ronaldo’s presence has raised hopes Juve can end their 22-year wait for European success, the Bianconeri demonstrated they can still prosper without him as Pjanic's spot-kicks either side of half-time secured a hard-earned three points on the road.

Mario Mandzukic, Sami Khedira and Blaise Matuidi all squandered gilt-edged chances before Ronaldo was given his marching orders, although Massimiliano Allegri’s men refused to be flustered by the incident.

Pjanic kept his cool amid the heated Mestalla atmosphere, converting his first penalty on the stroke of half-time following Daniel Parejo's wild high boot on former team-mate Joao Cancelo, who moments earlier had cracked a shot against the crossbar.

Official Brych pointed to the spot again six minutes after the interval, allowing the Bosnia and Herzegovina international to double the Serie A side's advantage after Murillo had bundled Giorgio Chiellini to the floor.

Midfielder Pjanic picked out the bottom right corner and Allegri's men held on for a winning start in Group H, though not without a late twist to an action-packed tale as Wojciech Szczesny saved a contentiously awarded Parejo penalty in stoppage time.

What it means: Bianconeri more than a one-man show

The narrative attached to Juve's heavy investment in Ronaldo has centred almost entirely on the boost he will give their hopes of breaking through for a third European crown.

However, his first red card in the competition he loves only seemed to galvanise the Italian champions, who evidently have lost none of the quality and strength of character that took them to the final twice in the last four seasons.

Pat on the back: No Pjanic under pressure

It would have been easy to forgive Pjanic had he buckled under the spotlight late in a first half, considering the drama that had unfolded.

Instead, the becalmed playmaker confidently dispatched not one but two penalties steeped in pressure, in the process scoring his first brace for the club.

Boot up the backside: Parejo poor for hosts

He saw plenty of the ball, but the Valencia captain will be quick to consign this performance to the history books.

It was Parejo's rash challenge that gifted Juve the chance to break the deadlock when a man down, while he capped off a miserable night by failing to follow Pjanic's example from the spot.

- Juventus have received the most red cards in Champions League (26)

- The last Champions League game to see three penalties awarded was Sevilla against Borussia Monchengladbach in 2015. 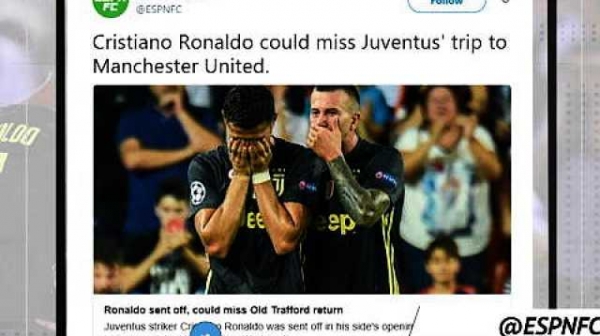 Ronaldo will be available when Juve return to domestic duty in Sunday's trip to Frosinone, while Valencia will attempt to end their winless start to the season away to Villarreal.