Bengaluru, April 2: The 'LaLigaSantander Fest', the charity macro-concert organised by La Liga, Santander Bank, Universal Music and GTS in collaboration with other Spanish League sponsors to raise funds for the purchase of medical supplies in the battle against the coronavirus (COVID-19) pandemic drew big response .

The fest held on March 28 which brought together 50 million viewers, raised €1,003,532 and 1 million masks for the fight against coronavirus.

Thanks to donations made from all over the world, the money collcted through charity festival will go through the Santander Bank Foundation, to the purchase of materials to help alleviate the impact of the pandemic.

All of these supplies will be put to use in line with the government's medical priorities in a coordinated effort with the High Council for Sport (CSD).

The 'LaLigaSantander Fest' was broadcast live in 182 countries and registered a potential audience of more than 50 million viewers. 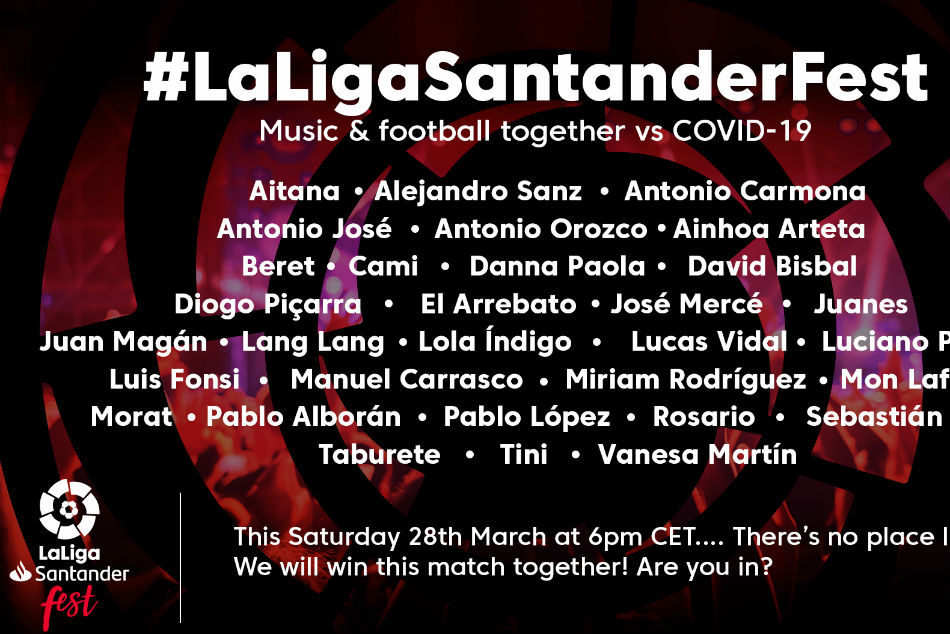 Almost 50 international broadcasters offered coverage of the macro-concert, which was aired by Movistar and GOL Television in Spain and was also available via La Liga and Santander Bank's social media channels, as well as on the league's OTT platform LaLigaSportsTV.

Meanwhile, more than 70 social media accounts and as many media outlets from across the world shared the live broadcast.

Eva Gonzalez and Toni Aguilar acted as the hosts of a concert that brought together more than 30 top artists as they took centre stage for the four-hour-long festival.

Throughout the course of the concert, the players and musicians, who joined forces for the first time as they performed from their respective homes, encouraged all of the viewers to make donations and stay at home for the duration of the current quarantine measures.

Taking his place alongside the music and football talents were Santander Bank ambassadors, Rafael Nadal, Mireia Belmonte and Carolina Marín, who signed up for the initiative.