Munich, June 17: UEFA is satisfied with the France medical staff's assessment that Benjamin Pavard did not lose consciousness in Tuesday's Euro 2020 clash with Germany. 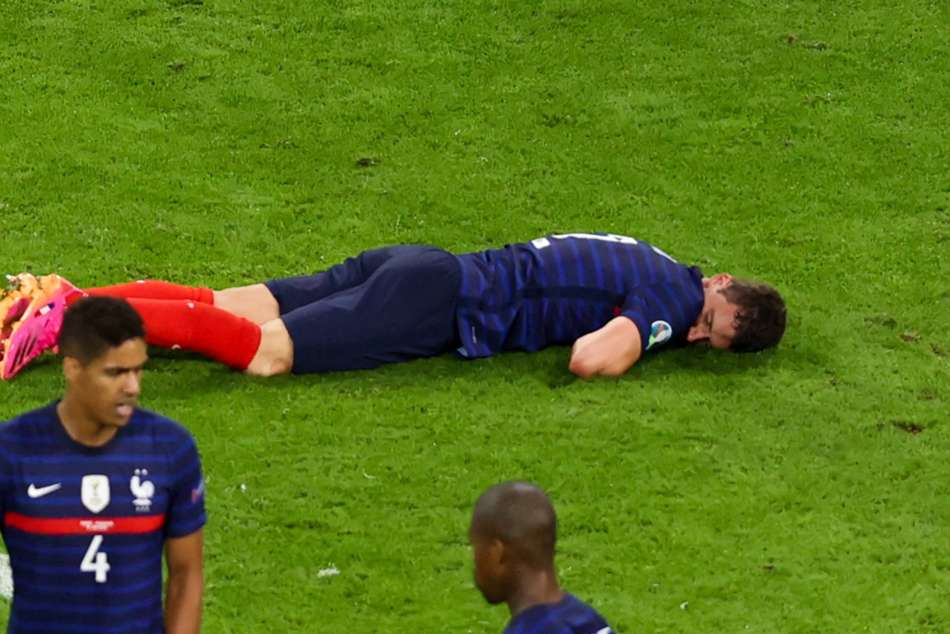 Pavard claimed after Les Blues' 1-0 Euro 2020 victory over Germany that he "felt a little knocked out for 10 to 15 seconds" following a collision with Robin Gosens.

The right-back received treatment for several minutes at the Allianz Arena and was eventually allowed to continue playing.

Pavard's return to the pitch and subsequent comments drew criticism from world players' union FIFPro, who demanded answers from UEFA for failing to follow the "concussion charter".

The charter was signed by all 24 teams at Euro 2020 – a commitment to taking a series of measures to improve the care of players and includes neurological baseline testing and access to in-match television replays for team doctors.

However, UEFA released a statement on Thursday stating they are happy the France medical team did not breach a concussion protocol by allowing Pavard to play on.

"According to the reports that we received from the team doctor, it seems that a loss of consciousness did not occur," the statement read.

"The team doctor did not find any reason to suspect a concussion either on the pitch or after thorough assessment made by a renowned specialist in this field in later follow-up.

"The player will nevertheless continue to be closely monitored over the coming days."

The statement added: "All 24 teams committed to follow the recommendations of the UEFA Concussion Charter before the start of the tournament and the responsibility for decision-making remains with the team doctor.

"If the team doctor has any doubts about unconsciousness or signs of concussion, he should remove the player from the field.

"The team doctor is the only person who can take the decision for the player to stay on the pitch or be substituted. The team doctor's decision must always be respected, even if the player or the coach believes that the player is fit to continue."

France's 1-0 victory in Munich, sealed through Mats Hummels' first-half own goal, leaves them second to Portugal on goal difference in Group F ahead of Saturday's clash with Hungary in Budapest.