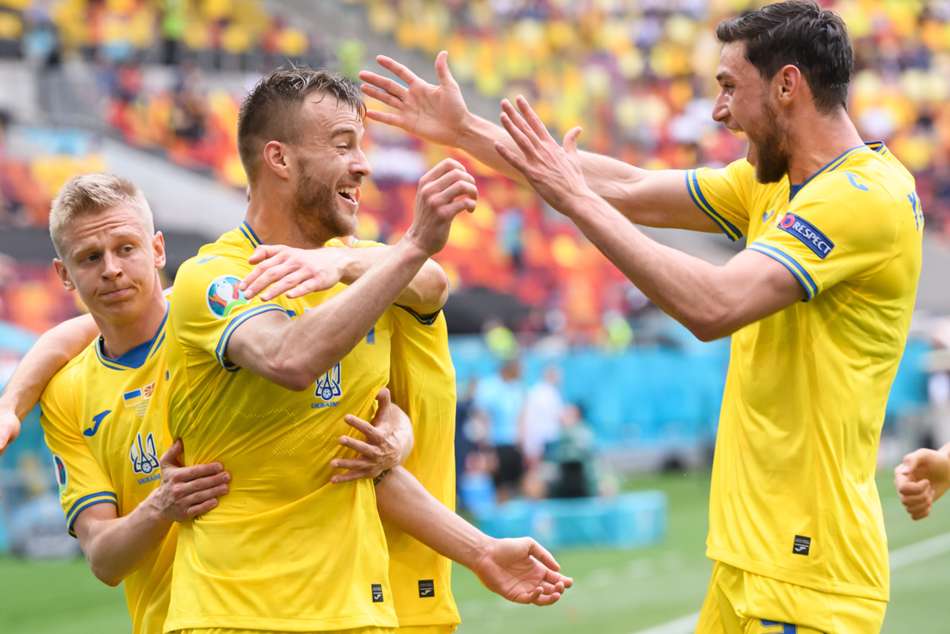 After scoring the opener in the 29th minute, Andriy Yarmolenko set up Roman Yaremchuk in the 34th minute to hand Ukraine a 2-0 start in the first half. Though Ezgjan Alioski netted one early in the second half, Ukraine held onto the lead to walk away with three full points.

Ukraine have now won one and lost one, while North Macedonia have lost both matches played so far. With the 2-1 win Ukraine also ended a six-game losing streak at the European Championships.

With OPTA inputs, myKhel.com breaks down the statistical highlights of the match held at the National Arena in Bucharest on Thursday.

● Ukraine have ended a six-game losing streak at the European Championships, with this just their second ever victory in the competition and first since a 2-1 win against Sweden in 2012, in what was their first game at the tournament.

● North Macedonia have become the eighth nation to lose each of their first two ever European Championship matches, and are the first side to do so since Albania in 2016.

● Four of the five penalties taken at EURO 2020 so far haven't been converted, as many as in the whole of EURO 2016 (excluding shootouts), while the last tournament with more misses from the spot was EURO 2000 (5 – excluding shootouts).

● Ukraine became the first side to have two players (Andriy Yarmolenko & Roman Yaremchuk) score in each of their first two matches at a single European Championship tournament.

● Andriy Yarmolenko has scored in three consecutive appearances for Ukraine in all competitions for the first time since October 2016.

● Ezgjan Alioski has scored two goals in his last three games in all competitions for North Macedonia, as many as in his previous 17.

● At 37 years & 325 days old, North Macedonia captain Goran Pandev became the oldest player to win a penalty in a European Championship game since 1980 (when we have such data available).

● Ukrainian center back Illia Zabarnyi became just the fourth player aged 18 or under to start both of his nations first two games at a single European Championship tournament after Belgium’s Enzo Scifo in 1984, England’s Wayne Rooney in 2004 and Netherlands’ Jetro Willems in 2012.