London, Aug 1: Pierre-Emerick Aubameyang won the FA Cup for Arsenal with his Wembley double but left Gunners fans guessing about his future. 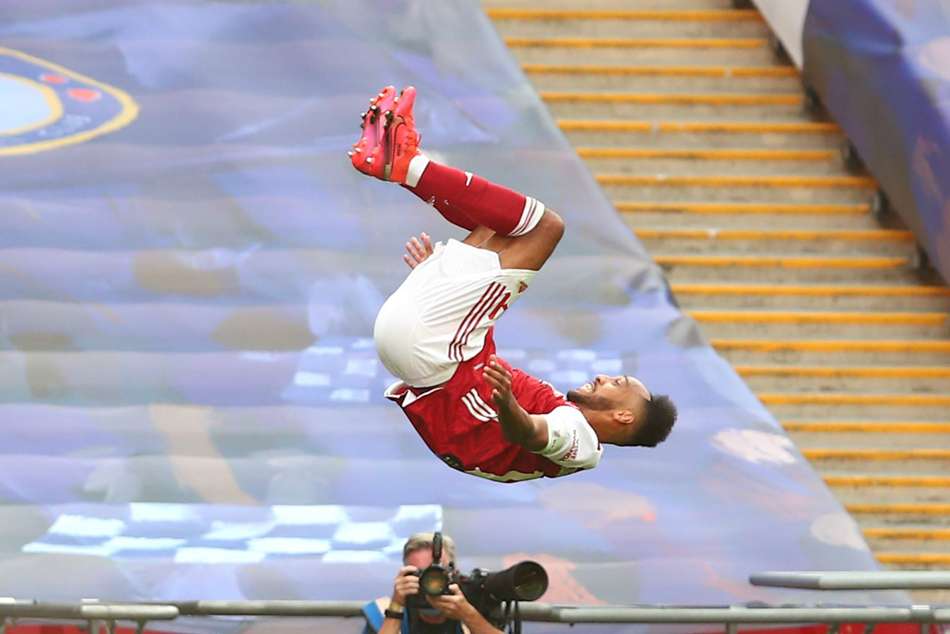 The Gabon striker dropped the trophy amid the celebrations but it was his only clanger of the day, after his two goals guided Arsenal to a 2-1 victory over Chelsea.

His first goal was a confident penalty and the second strike was one to savour, twisting by Kurt Zouma before lifting the ball over Willy Caballero.

Asked what he could say about his future, given his contract expires at the end of next season, Aubameyang told BBC One: "Nothing, just today, trophy, that's it."

It was a day he and Arsenal deservedly relished, and a place in next season's Europa League awaits them.

"We enjoyed today. We are all happy," Aubameyang said.

"Emi [goalkeeper Emiliano Martinez] is crying. That shows that he's really implicated in this game and in this trophy."

"I think he deserved this win. I think he did a great job and we are happy to have him on board. We just follow him," said the 31-year-old.

Discussing his dazzling winning goal, Aubameyang said: "Zouma knows me well. He knows I'm right-footed so that's why I said, okay, I went on the left there."

The Gunners frontman said his winner was like "Wrighty in the 90s" when told Arsenal great Ian Wright was lapping up the action from the BBC studio at Wembley.

Wright described Aubameyang's impact as "amazing finishes from the top man, the man that we needed."

"He's come up with the goods," the former England international added.