Moscow, June 27: Barcelona midfielder Paulinho scored with a right-footer from the centre of the box in the 36th minute and Thiago Silva added another after the change of ends in the 68th minute with a powerful header as Brazil beat Serbia 2-0 in the final Group E encounter of FIFA World Cup 2018, to set up a last-16 clash with Mexico.

Paulinho was assisted by his Camp Nou team-mate Philippe Coutinho as the Selecao emerged on top of Group E with seven points, after a not so impressive start to their campaign, while Serbia, with three points from as many games crashed out.

They drew with Switzerland 1-1 in the opening encounter before late goals from Coutinho and Neymar downed Costa Rica.

Coutinho has now been directly involved in three of Brazil's five goals at the Russia World Cup.

It was Paulinho's eighth goal since Tite took the helm in 2016 and brought his former Corinthians star back into the set-up, with only Neymar and Gabriel Jesus (10) scoring more for Brazil in the same timeframe.

The Barcelona midfielder was replaced by the more defensive Fernandinho in the 66th minute as Serbia went on the attack in a bid to save their World Cup campaign.

Coutinho lofted a pass forward from just inside the Serbia half and Paulinho timed his run perfectly to get between three defenders and flick the ball over goalkeeper Vladimir Stojkovic.

Both of Silva's goals at the World Cup finals have been from corner situations, with both assisted by Neymar.

Silva, the former captain who was shunned following Brazil's failure to lift the World Cup on home soil four years ago, wrapped up the win and kept hopes of an unprecedented sixth title alive

Neymar has now been directly involved in 19 goals in his last 18 appearances for the national side. 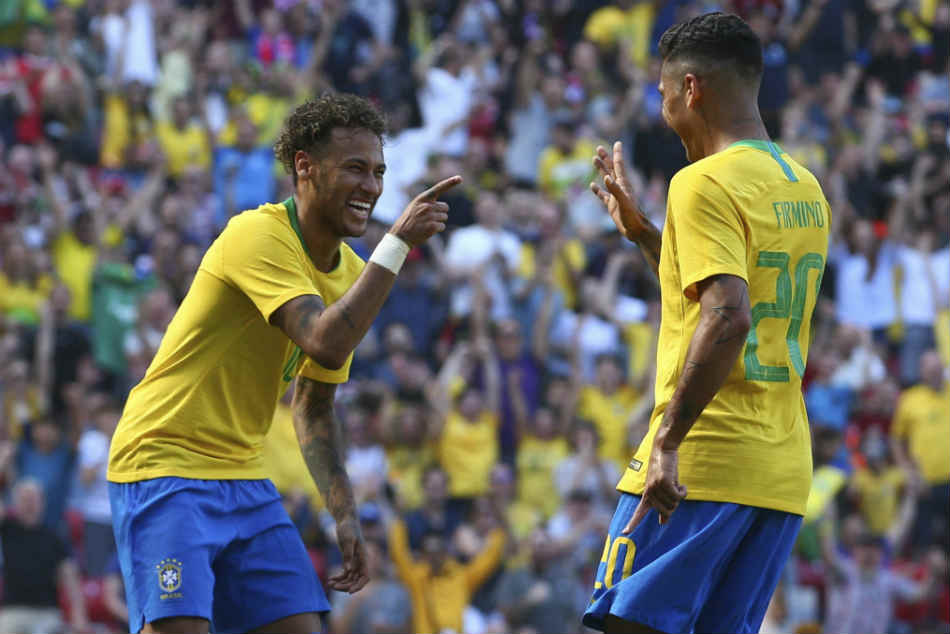 Serbia forward Aleksandar Mitrovic had two excellent chances to equalise with close-range headers in the second half but both went in vain as Silva closed the match as a contest with a near-post header from a corner.

Brazil had only managed one victory in their last seven World Cup games against European opposition (D2 L4) - a 3-1 win against Croatia in 2014. Everything changed after a facile win in Moscow on Wednesday as they are off to Samara to face Group F runners-up Mexico on Monday (July 2), while Switzerland will take on Group F toppers Sweden in St Petersburg the following day after drawing 2-2 with Costa Rica.