Bengaluru, August 18: The Gokulam Kerala FC women's team got a 48-hour extension in Uzbekistan following ministry level intervention after 23 of the club's players were stranded in Tashkent after being denied the chance to play in the Asian Football Confederation (AFC) AFC Women's Club Championship following the ban on All Indian Football Federation (AIFF) by the game's global governig body.

Following the FIFA decision to suspend AIFF, Gokulam were technically ineligible to participate in the AFC Women's Club Championship.

But the team had already departed for Tashkent before the FIFA decision came.

The team then made a clarion call from the Uzbek capital city to the sports ministry in New Delhi and wrote to the Prime Minister Narendra Modi, following which swift action wast taken.

"It's about expressing the emotions, we calling them is fine but the team making the call from there is different. So we thought the players would've to be part of the call. The ministry acted immediately and got in touch with the AFC," Gokulam Kerala FC women's team President VC Praveen told PTI news agency.

The team manager spoke as the players stood beside as a tight-knit unit adamant on not giving up hope in a game they were not expecting to be part of.

The impassioned plea worked, as the ministry promptly took up the matter with the AFC, which offered the team an extension of 48 hours in Tashkent.

So, instead of taking the next flight back home, the team from India continued to stay in Uzbekistan where it has gone with lots of hope with the club sharing the full details on their Twitter handle.

"Our team reached Tashkent, Uzbekistan, from Kozhikode during the early hours of 16th of August 2022. On arrival, we heard through various media outlets that FIFA has banned AIFF and the clubs are therefore no longer entitled to take part in the international competition until the suspension is lifted," a club statement read.

"In the light of the above, we request PMOs good officers to intervene in this matter and make all efforts to revoke FIFA ban and include us back in the AFC Women's Club Championship as the champion club of India."

"Our Prime Minister's dream is to make India a Super Power and become No.1 in the world. In a small way, our club is spearheading the efforts to bring women's football in India by being the champion club of Indian since 2019. Such an unforeseen ban shouldn't be detrimental to our efforts in making INDIA proud to become the number one women's football nation in Asia," the club statement added. 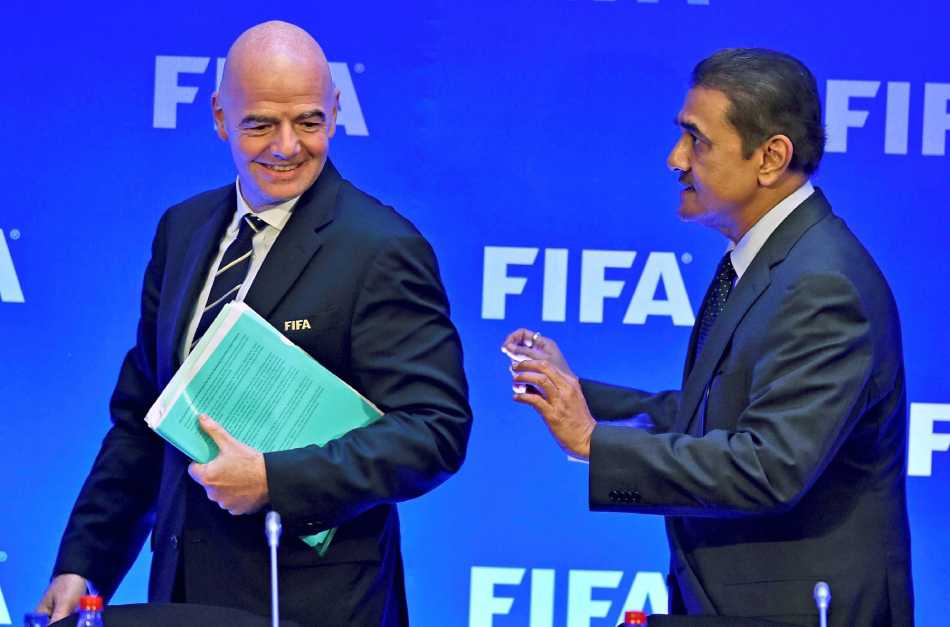 Back home, with the Supreme Court deferring the hearing to August 22, uncertainty still hovers over the team's participation.

While the tournament starts on starts on August 20 in Qarshi, Gokulam is scheduled to open its campaign on August 23.

Praveen added that they are keeping all the options open.

"The girls are suffering for no fault of theirs, it's so sad. This ban was so sudden, this wasn't expected. Why should the players suffer when they've not done anything wrong," Praveen said.