Bengaluru, January 7: Though FC Goa's winning streak in the Indian Super League (ISL) came to a grinding halt at the hands of Bengaluru FC at their fortress in Sree Kanteerava Stadum last week, the game saw one of the finest performances from Hugo Boumous in Gaurs colours.

After a goalless first-half that the visitors dominated, Bengaluru took the lead through captain Sunil Chhetri (59'). Goa equalised through Boumous (61') only to see Chhetri grab the winner in the 83rd minute. 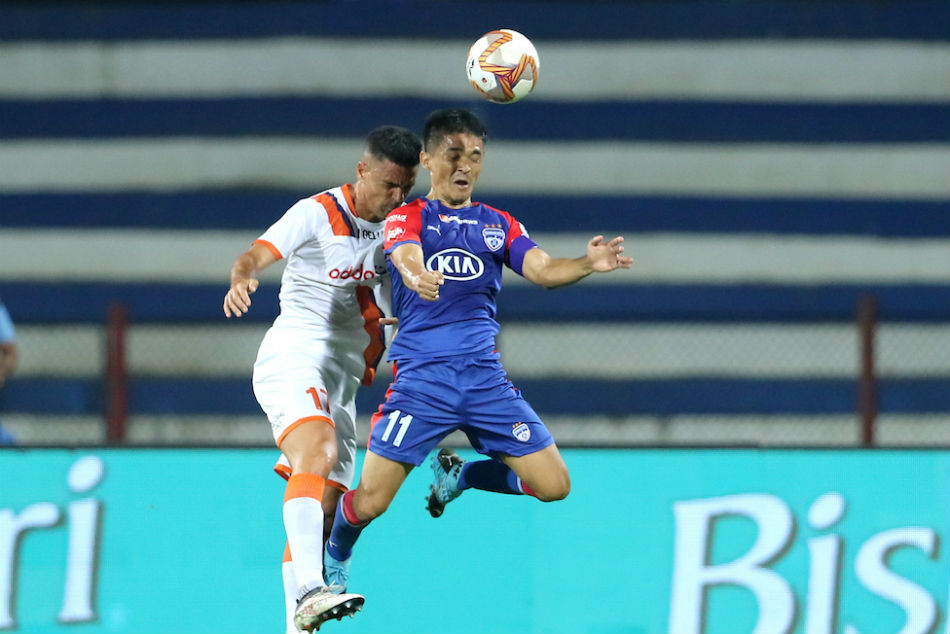 It was not the kind of start to the year that the Gaurs were looking for as BFC clawed back to within two points of the Gaurs in the ISL table.

"It was a bitter pill to swallow for sure," recalled Boumous.

"I think we were on song and played some really beautiful football. This was, I believe, one of our best performances this season. But we couldn't quite finish off the chances we had created in the first half. And that came back to haunt us."

"But you know what, we're still in the reckoning for the top spot in ISL and only we can decide our own fate. The next two games against NorthEast and ATK are going to be vital," added the Frenchman.

The Frenchman now has four goals and as many assists from just seven ISL games this season. His average of 69.6 minutes per goal contribution is in fact even better than Ferran Corominas this season.

His 61st minute strike after an inch-perfect one-two with Corominas brought FC Goa back into it game.

However it was not enough for the Gaurs on the night as an unfortunate series of deflections and an immaculate strike from Chhetri put paid to their hopes.

Talking about his goal the 24-year-old said.

"It was just another example of how good we can be. It was a good team goal where we built up from the back. It doesn't matter if it's me at the end of it scoring or if it is Corominas or anyone else. What was important were the three points. We didn't get it this time, but that just makes us even hungrier for the next time we get out on to the field."