I-League as important to us as ISL, all actual players in Indian national side are products of this league: Igor Stimac

Stimac, who was in the national capital to unveil the I-League Trophy ahead of the season, said he wants the players in this league to not feel alienated and stressed that he'll support it just like Indian Super League.

The former Croatia centre back said he gives an equal weightage to the I-League and will keep a close eye on the domestic talents.

Talking to media persons on the sidelines of the event, the 52-year-old former professional footballer said, "I am here to show that Hero I-League, for us, is as important as ISL (Indian Super League). I am here to give my support all the players who are going to participate in the upcoming season of Hero I-League and I am here to send them a message that all those who are having Indian passports are the possible candidates of the senior Indian National Football Team. 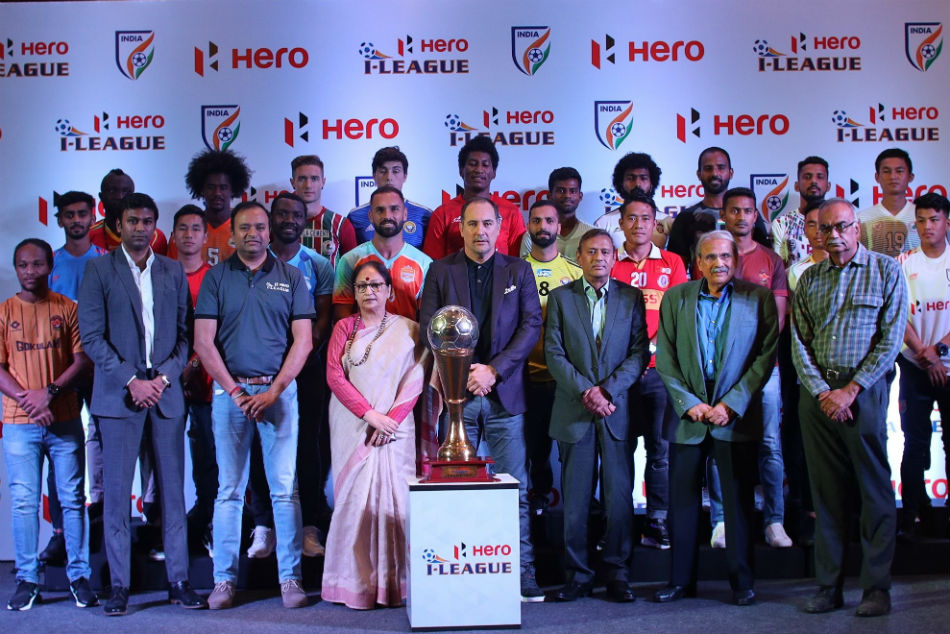 🗣 @stimac_igor: Every #HeroILeague 🏆 player with an Indian 🇮🇳 passport 📖 could be a candidate for the Senior Team 🙌#LeagueForAll 💪 #IndianFootball ⚽ pic.twitter.com/BEEuRqbzRv

'Will keep an eye on Indian domestic talents in I-League'

Stimac also assured that he will be visiting the stadiums to watch I-League matches live and support the players so that they don't feel lonely.

"There is another message, that I would like to send to them is that I will come to watch the games live whenever I can. To support once again in whatever they do and to show them that they shouldn't feel lonely and forgotten because they have great importance for Indian Football," he added further.

'Disappointed with the poor show in WC Qualifiers'

Talking about Indian national football team's dismal show in the FIFA World Cup 2022 qualifiers the Croatian said he was equally disappointed with the side's performance in the last few matches and cited injury to key players as the main reason behind the country going out of reckoning of a World Cup berth.

"We came back home a bit disappointed after the last two matches but that did not undermine our faith and believes in what we do. We faced big difficulties with the regards to opponents and climatic conditions which are not something we are trying to make excuse but the injury problems were the most difficult issue we faced," Stimac said.

Stimac reflects on causes, cites injury to players as the main reason

"Losing the most important players with regards to stamina and character (cost us badly). Sandesh Jhingan, Rowlin Borges and Amarjit Singh, and then Pranoy Halder missing out a couple of matches initially and also injuries during the Oman match, proved to be a major obstacle that has contributed to these results," he added further.

The Indian team is virtually out of contention of advancing to the third round of the 2022 World Cup qualifiers after losing to Oman 1-0 in Muscat on Tuesday. They played out three consecutive draws -- against Qatar, Bangladesh and Afghanistan -- after losing to Oman at home. The team is now with three points from five matches and are at fourth spot in the Group E table. However, the coach feels the team needs to be positive.

He also compared the Blue Tigers' current campaign with the 2018 World Cup qualifiers and said that the side under his charge has done better than the earlier one under Stephen Constantine.

"In the 2018 World Cup qualifiers, the team lost five matches on the trot and had zero points after five matches. Now we have two defeats and three draws and three points," he stated.

"We have three more matches to play and now we are on way to achieve what we have promised, that we are going to compete in 2023 Asian Cup and doing better than before once we are there. We want to prepare the team better and go into the qualifiers of the next (2026) World Cup with higher expectations."

Retorting about the lack of goals from Indian players in this WC qualifiers, he said, "Can you mention any player holding an Indian passport playing in any club and scoring goals? Why are you expecting that we are going to score goals on the international level when we don't have a single striker playing in the domestic league and scoring goals.

He lamented further, "I don't work with the players on a daily basis, I work with them for only five days before the game. But the important thing is we are creating chances. The team does not fear any opposition team. That is different from earlier teams, this is a new brave team, India with the heart and courage to play football and win matches."