Bengaluru, October 2: Another sporting event disaster as pitch invasion, police tear gas and stampede after a BRI Liga 1 match in Indonesia on Saturday (October 1) night left over a 150 dead.

The police revealed that the panic and a rush for the exit left over 170 people dead, most of whom were trampled by stampede. This is not the first time such a tragedy has happened in sport as one incident - the Hillsborough disaster in 89 - still remains etched in football fans' memory. 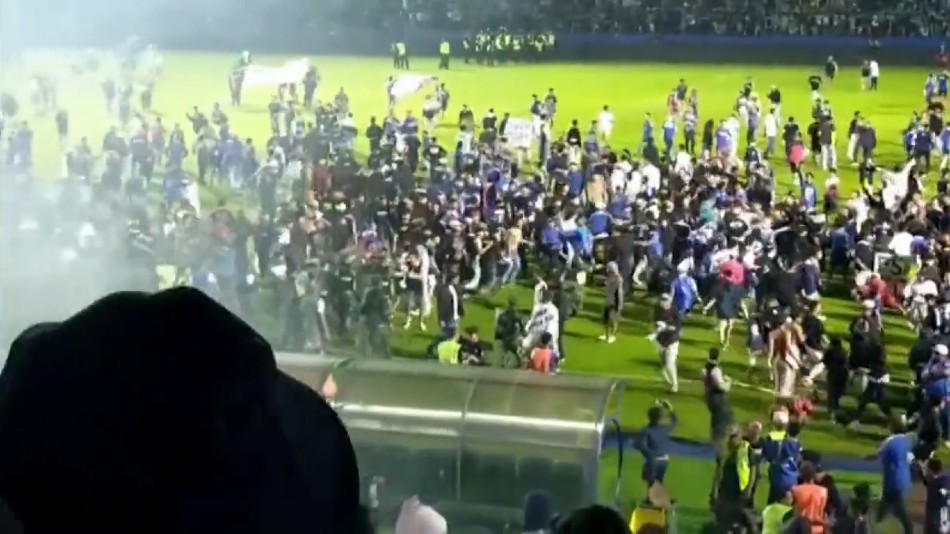 Here's a look at some of the major sporting event crowd disasters in recent decades:

October 20, 1982 - Sixty-six people die in a crush of fans leaving a UEFA Cup match between Spartak Moscow and Haarlem, of the Netherlands, at Luzhniki Stadium in Moscow.

May 28, 1985 - Thirty-nine people died in fan violence at the 1985 European Cup final between Liverpool and Juventus at Heysel Stadium in Brussels.

March 13, 1988 - Ninety-three people are killed when thousands of soccer fans surge into locked stadium exits to escape a sudden hailstorm in Kathmandu, Nepal.

April 15, 1989 - Hillsborough Disaster 89 - Ninety-seven people die and hundreds are injured in a crush of fans at overcrowded Hillsborough Stadium in Sheffield, England. One victim died in 2021 of aspiration pneumonia, to which he had been left vulnerable because of injuries from the disaster.

October 16, 1996 - Eighty-four people die and 147 are injured as panicked fans are crushed and smothered before a World Cup qualifier between Guatemala and Costa Rica in Guatemala City.

April 11, 2001 - At least 43 people are crushed to death during a football match at Ellis Park in Johannesburg, South Africa.

May 9, 2001 - More than 120 people are killed when police fire tear gas into the rowdy crowd in a stadium in the Ghanaian capital Accra, leading to panic.

October 1, 2022 - Police fire tear gas after riots break out following an Indonesian soccer match, setting off a rush for the exit that leaves at least 174 dead and 100 more injured.

(With inputs from Agency)