Goa, January 8: The race for the top spot in the Hero Indian Super League (ISL) heated up as FC Goa defeated NorthEast United FC 2-0 to celebrate their 100th Hero ISL match in style. 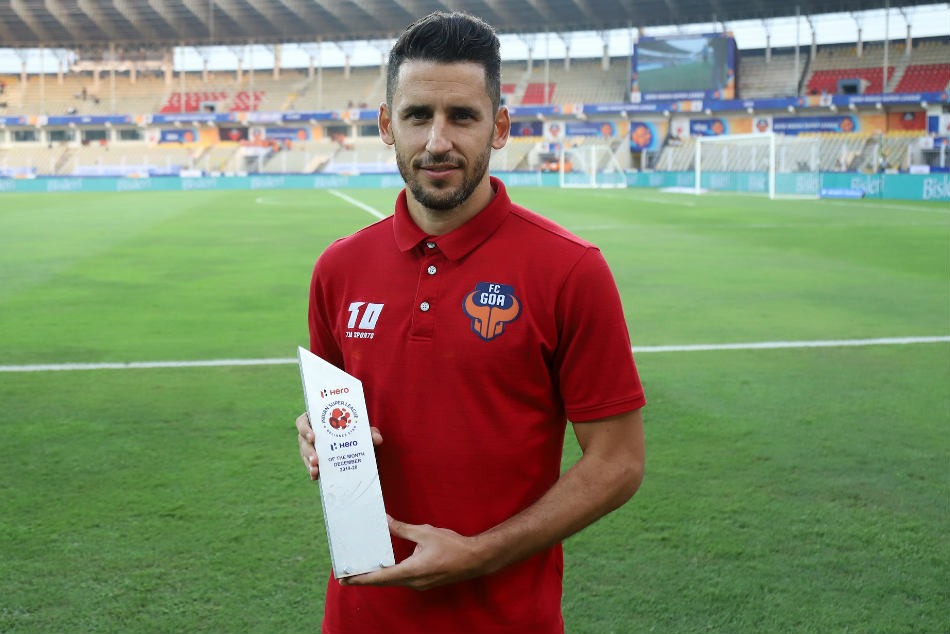 The hosts were dominant in possession and created plenty of chances to score against a deep-lying defence but lacked the killer instinct in front of goal. A Mislav Komorski (68') own-goal finally allowed Goa to take the lead before Jose Leudo conceded a penalty to allow Ferran Corominas (82') to score what was his 49th goal in the ISL.

Goa's seventh win of the season has helped them onto the top of the table with 24 points from 12 matches. NorthEast are eighth with 11 points from 10 matches.

In what turned out to be an entertaining contest in the first half, Goa had the first big chance in the ninth minute. Lenny Rodrigues found Jackichand Singh in the box. The Indian winger dribbled to the byline and provide a cut-back for Ferran Corominas whose first-time hit flew off target.

Hugo Boumous was influential for the hosts in the final third. The attacking midfielder fed Jackichand through on goal with a sublime through-ball that split the defence, and although the winger was able to chip the keeper, the NorthEast defence got around to clear the ball before it found the net.

It were the hosts who posed the right questions as the game neared half-time, but the opening goal remained elusive. Brandon Fernandes released Mandar Rao Dessai down the left flank and the full-back's low cross at the stroke of half-time was cleared well by goalkeeper Pawan Kumar before it could find a teammate.

Goa started the second half just as they ended the first and took control of the midfield right at the start.

Two minutes after the restart, Seriton Fernandes' pass into the box from the right flank found its way into the feet of an unmarked Jackichand who shot straight at the keeper from close-range. NorthEast custodian Pawan pushed the ball into the path of Brandon who was waiting at the opposite end but the midfielder also failed to find the net from inside the box, with Reagan Singh sliding in to block the effort from the rebound.

Pawan Kumar had to be alert once again before the hour-mark as the home team's onslaught continued. A Brandon free-kick from just outside the box swerved in the air on its way towards the goal but the goalkeeper made a comfortable save to his right to deny the midfielder.

The hosts continued to struggle to find the net despite their dominance and threat but were able to take the lead when Komorski put the ball into his own net. A lapse in concentration in the 68th minute by the Highlanders defence saw Jackichand's cross into the box hit the defender's legs and deflect past the keeper and into the net.

Things turned from bad to worse for the visitors with ten minutes left in the game. Leudo brought down Corominas who was fed through on goal with just the keeper to beat and the defensive midfielder was sent off for a last-man challenge. The Spanish striker converted from 12 yards to score his eighth goal of the season and secure the win for Goa.