ISL 2020-21 feature: Yet another feather in Sunil Chhetri's cap

Chennai, February 26: It was an edge of the seat thriller at the Tilak Maidan Stadium in Goa as Jamshedpur FC survived a strong second-half fightback from Bengaluru FC to prevail 3-2 in their last Indian Super League (ISL) tie of the 2020-21 season.

It was a special night for one man -- BFC captain Sunil Chhetri -- as he hit a landmark 100th goal for his club.

Jamshedpur were all over BFC in the opening half. 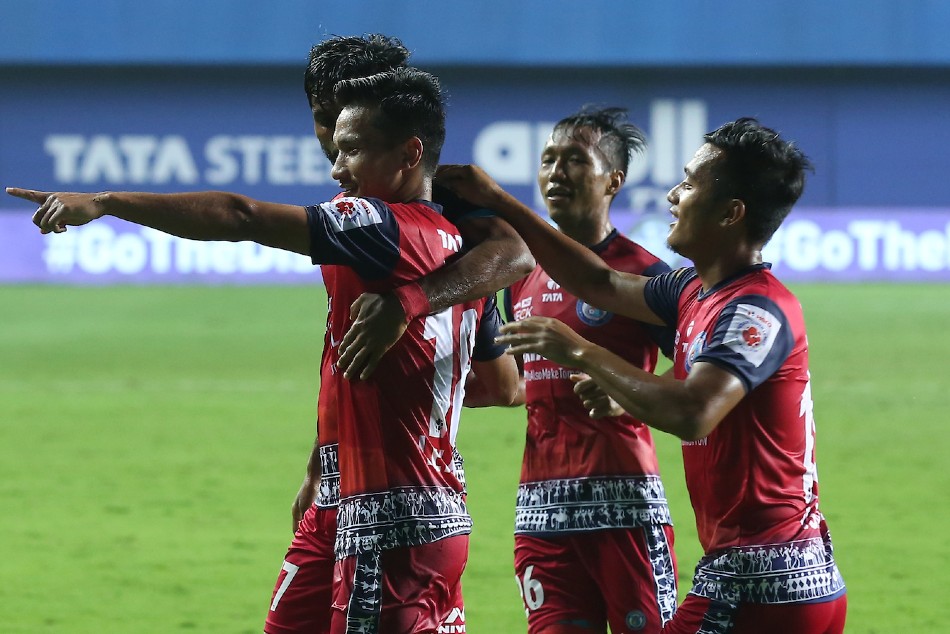 They constantly caused problems for BFC's inexperienced defence and raced to a 3-0 lead at the break, their first-ever in ISL history.

BFC's defence has been vulnerable right throughout this season-- only Odisha FC have conceded more goals in the first half in 2020-21-- and the Blues crumbled yet again under pressure.

BFC tried to come back into the game through goals from Francisco Gonzalez and Chhetri but the effort came a tad too late.

The former champions ended their dismal campaign with yet another loss and a seventh-place finish in the table.

Jamshedpur’s defence held firm in the dying minutes as they completed a league double over their opponents.

Chhetri now has 40 goals in the ISL for Bengaluru. The talisman striker is BFC's top-scorer this season, netting eight in 20 games. The 36-year-old is also the highest Indian goal-scorer in the history of the ISL with 47 goals from 94 games and is now only one goal shy of the ISL's all-time leading goal-scorer -- Ferran Corominas.

Speaking about Chhetri's future with the club, interim coach Naushad Moosa said, "As far as Sunil (Chhetri) is concerned I doubt he wants to leave Bengaluru FC. He'll finish (his career) at Bengaluru FC. The feeling he has for the club for seven years, I'm sure he will be attached to the club".