It was only the second time that the Blues failed to pocket all three points after having gone two goals ahead in their history in the ISL.

And it is this fighting spirit that Gaurs skipper Edu Bedia wants his team to show always as they are set to take on Mumbai City FC in their next ISL match on Wednesday. 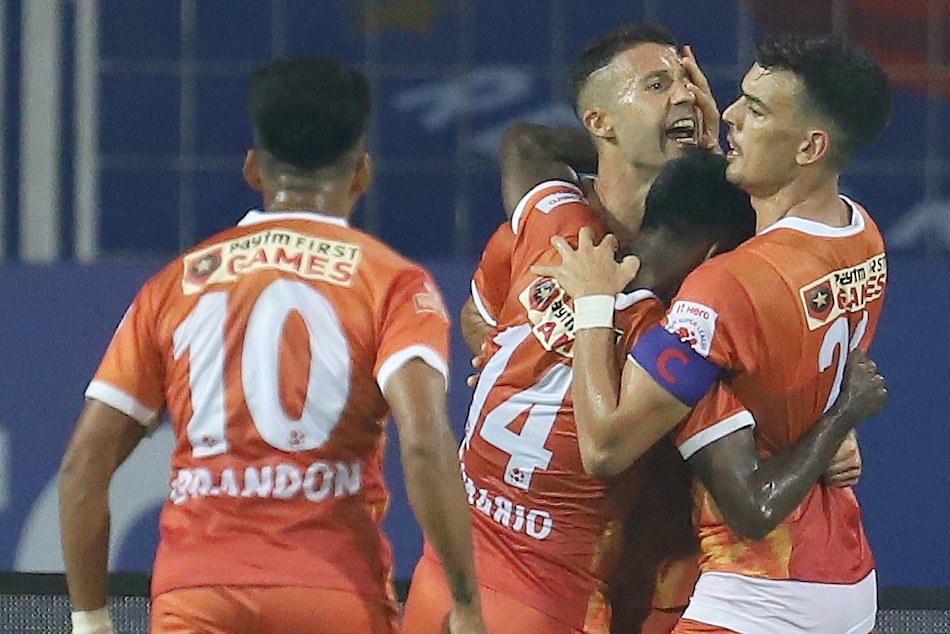 "What was important was the reaction to going two goals down. Frankly, it was incredible. We kept on believing in ourselves and the kind of football we wanted to play. And that eventually paid off," Bedia told FC Goa Media.

"It was very important for all of us to set the tone from the very beginning and this game has helped us believe in ourselves even more. Bengaluru is going to be one of the top teams to beat this season. They're really astute at the back and make it very difficult to attack. They're a very disciplined side. It was a kind of a statement game for us and we made all the right noises," he added.

Two goals from Igor Angulo in the 66th and 69th minutes of the game saw the Gaurs storm back into the game.

And it was, in fact, Juan Ferrando's men who ended the game stronger as Jorge Ortiz and co forced Gurpreet Singh Sandhu to have a much busier evening than he would have liked.

"After analyzing the game, I think we lost 2 points yesterday," opined Bedia. "We were superior to Bengaluru during the ninety minutes."

Whilst the Gaurs enjoyed the lions' share of the possession throughout, the side felt a bit out-of-sync whilst going forward - especially in the first half.

Elaborating on the same, Bedia said, "Yes, we all felt the same. It was a bit laboured, to begin with, but with more familiarity, the transition would be smoother in the days to come.

"We're a new team, but we continue to have the same style of football - to attack and play a 'beautiful' brand of football which sees everyone fighting for each other."

Bedia also felt that while there were many positives to take away from the game, the team needs to work together to shore up the backline after conceding, in his words, "two soft goals."

"Yes, the defence is an aspect that we've to improve. We've to be more focused and be more aggressive in some moments of the game."

"We did our homework on Bengaluru and were aware of the threat they possessed from set-pieces. And kudos to them for executing those routines. We've to be better in those moments and everyone has to chip in. If we're to win the league, these're the things we've to learn for."

The Gaurs will look to set things straight and look to get their first three points of the season when they face Mumbai at their designated home ground in Fatorda on Wednesday.