By Sajith B Warrier
Updated: Saturday, February 22, 2020, 14:42 [IST]
oi-Sajith B Warrier
FC Goa became the first ever Indian team to qualify for the group stage of the AFC Champions League.

Bengaluru, February 22: FC Goa players dedicated their qualification to the AFC Champions League to their supporters and the people of Goa.

The Gaurs sealed a historic place in the AFC Champions League on Wednesday night with an emphatic 5-0 win over Jamshedpur.

In doing so, they became the first ever Indian team to qualify for the group stage of the AFC Champions League.

Clifford Miranda's men delivered the final blow just like they deliver every blow - with an oomph and some garnish on top. The Men in Orange have been on tear off late - delivering five wins on the trot.

The defending Super Cup champions seemed to have kicked into another invisible gear this season - finishing the league stage with a club-record 39 points thanks to 12 wins from their 18 games. 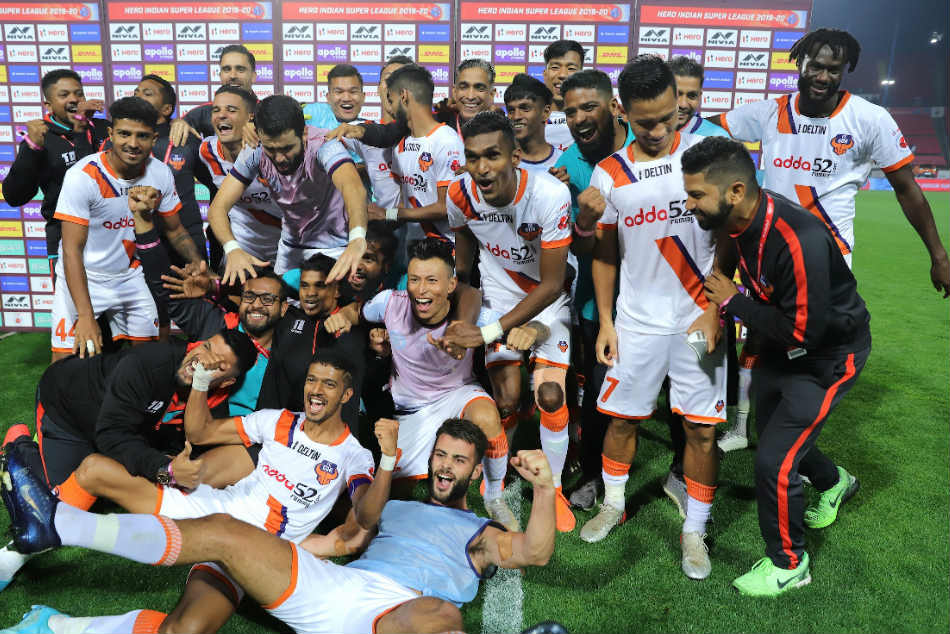 Whilst philosophy, team camaraderie and chemistry have played a huge role in the success this season, one has to also appreciate the individual talent at play in the FC Goa ranks.

Leading the charge from the front has again been Ferran Corominas. The talismanic Spaniard has once more set the league on fire thanks to his 14 goals from 15 games. And it was his early strike in the game against Jamshedpur FC that helped settle down any jangling nerves.

Speaking on the achievement, Corominas said, "This one is for our supporters. From the moment I set foot on Indian soil, I've felt nothing but loved. We came so close the last two seasons, and to finally be able to give this piece of joy back to our fans, I feel overjoyed."

‘Balance', for the Gaurs has been a critical part of their success - the philosophy that gets started with a steady diet of passes at the back-find's defenders a crucial part of the process. In Mourtada Fall, they have found not only a cornerstone to their defensive, but an aerial threat unlike any in the ISL.

"It was something we have been dreaming of ever since that spot was announced at the beginning of the season. Goans love football and they love us. They place a lot of trust on us. And now, I hope they'll be able to enjoy some continental football. They've always had our back. I just want to say a big thank you," said Fall, FC Goa's highest-ever scoring defender.

Hugo Boumous has been a revelation for the Gaurs in this season -- combining his mazy runs with precise touches in the final third to leave all wonder struck time and again.

His capacity for brilliance has been well documented in the numbers this season and at crunch time, he meticulously came alive. His two goals and as many assists against Jamshedpur instigated the surrender from the home side and helped him become the first player in ISL history to have 10 or more goals as well as assists in the same season.

For Mandar Rao Dessai, the taste of success might be even greater. A native Goan and the current skipper of the side, the left-winger turned left-back has been with the side from the very first season.

"To be able to give this to the football-loving people of Goa, I feel immensely happy. We've been through a lot of ups and downs through our six years, and now to finally reach the top and become the first Indian side to reach the group stage of the AFC Champions League. It still hasn't really sunk in. This is for the fans. I can't wait to go back and look at their smiling faces," said the skipper.