Bengaluru, March 7: A place in the Indian Super League (ISL) final is at stake as ATK take on Bengaluru FC at the Vivekananda Yuba Bharati Krirangan in Kolkata on Sunday (March 8).

Bengaluru are in the driving seat after edging the first leg 1-0 last week.

They have their noses ahead but not by much. 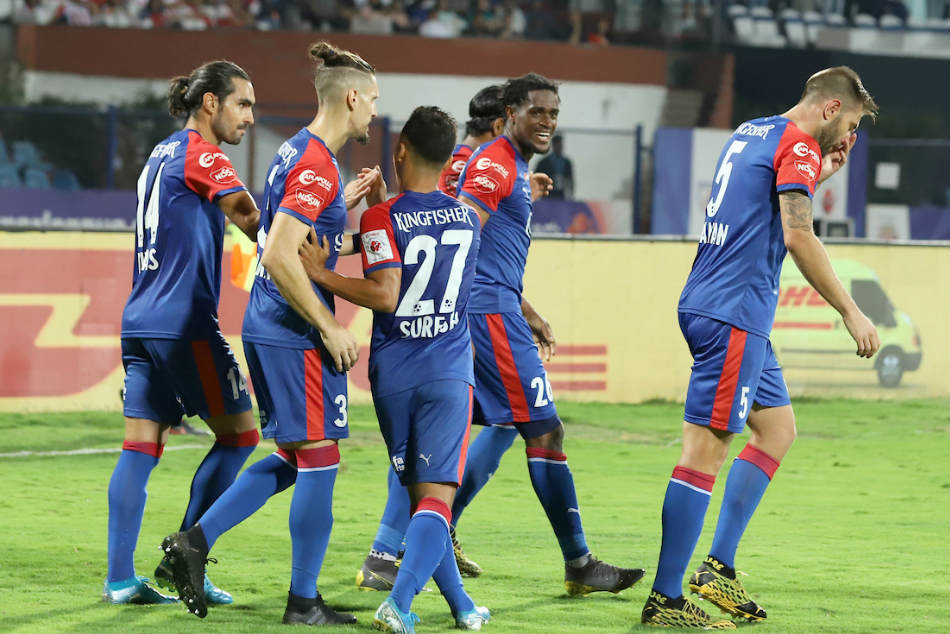 ATK know that they have a task on their hands given how resolute Bengaluru are in defence. The likes of Roy Krishna, David Williams and Edu Garcia found little joy against the likes of Juanan Gonzalez in the first leg.

Breaching a defence that has conceded just 13 goals in 19 matches in ISL will be a huge ask, but something Antonio Habas will hope his side can manage at home. ATK have a strong home record and have won six of their nine matches here, scoring 18 of their 33 goals in the process.

"We expect a very tough game. It's the most important game for ATK in the last three seasons. They didn't reach the play-offs in the last two seasons and for us, it can be a third final in a row," said Bengaluru FC coach Carles Cuadrat.

ATK will hope their full-backs, Prabir Das and Michael Soosairaj, measure up to the challenge this time around. They could not give much service to Krishna and Williams in Bengaluru but will hope to make amends on Sunday.

Given that Bengaluru have a problem after left-back Nishu Kumar was sent off in the first leg, Prabir will be expected to be a nuisance down that flank. Importantly, ATK have to remain cautious at the back since one mistake can give Bengaluru a huge away goal.

It was Arindam Bhattacharya's error that helped Deshorn Brown score in Bengaluru despite the Blues creating not many opportunities.

"Our aim is to win the game and be in the final. My duty as a coach is to prepare the team for the challenge. It is an important challenge for ATK. We're prepared. We've to try to get goals. We need the support of the fans. I think it's very important to score goals but it's very very important not to concede," said Habas.

However, Bengaluru's prowess from set-pieces is well documented and with the likes of Sunil Chhetri and Erik Paartalu's abilities key there. Dimas Delgado's delivery is more often than not threatening and the ATK defence will have to find a solution to deal with that threat.

One thing is clear though. Given what is at stake, both sides will go hammer and tongs at each other. Bengaluru have a chance to reach a third consecutive ISL final while ATK can reach their third ISL final ever.

The match kicks off at 7.30pm IST and will be shown live on Star Sports 2 with live streaming available on Hotstar and Jio.