By Sajith B Warrier
Published: Wednesday, February 3, 2021, 10:26 [IST]
oi-Sajith B Warrier
Amarjit Singh has put pen to paper on a contract that will see the midfielder spend the rest of the season with the Gaurs.

The 20-year-old has put pen to paper on a contract that will see the midfielder spend the rest of the season with the Gaurs.

Hailing from Manipur, Amarjit already has five national caps under his belt. The gritty midfielder captured the imagination of the nation while captaining the national team in the 2017 FIFA Under-17 World Cup. 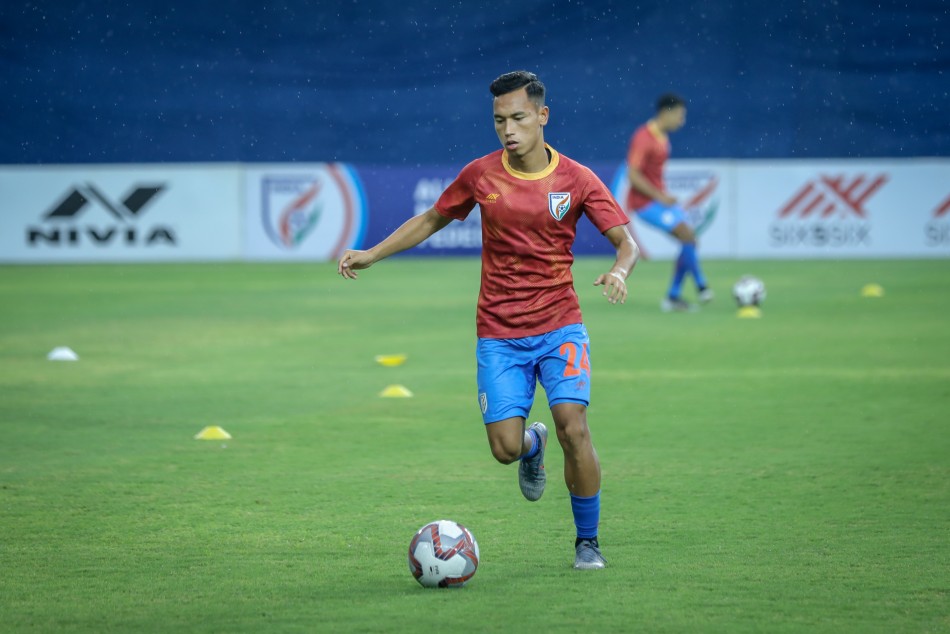 Ours can be labelled as a 'World Cup Family,’ says Amarjit Singh

Following the World Cup, the midfielder spent the 2017-18 season with the Indian Arrows - leading their charge in the I League.

The following season saw Amarjit sign for Jamshedpur FC. However, the midfielder made his debut in the ISL only in the 2019-20 season after spending another season on loan with the Arrows.

Over the last two seasons, Amarjit has made 15 appearances for Jamshedpur, establishing himself as a mainstay in their midfield.

We are adding more steel to our midfield. Presenting you India international, Captain of the historic India U17 World Cup team, @AmarjitKiyam8! 😍

"FC Goa is a side that I've admired for a long time. This is a great honour to get the opportunity to represent the people of Goa and wear the shirt," Amarjit told FC Goa Media after inking the deal.

"I've thoroughly enjoyed my time at Jamshedpur FC and would like to thank everyone at the club, and the fans, for their fantastic support over the past two seasons.

"When FC Goa came knocking, I knew this was an opportunity I had to take. I'm here to win and Goa has a winners' DNA. I'm excited about the vision of the club. It's clear to see that the side we are building is one to win trophies. Then there's the Asian Football Confederation (AFC) Champions League, something that really excites me. I'm now looking forward to meeting my new team-mates and hit the ground running," added Amarjit, who will wear the number 15 shirt for the Gaurs.

FC Goa Director of Football Ravi Puskur welcomed Amarjit on board, "Amarjit is one of the brightest young talents in the country and has a big career ahead of him. We're confident that he'll settle well into our system and will have a big role to play not just for the remainder of the campaign, but also in the AFC Champions League."