Japan stormed past tournament favourites Iran 3-0 in their semifinal, although their opponents' star forward Sardar Azmoun slapped Gaku Shibasaki to spark a melee during the closing minutes.

Qatar prevailed 4-0 in a highly charged encounter with hosts United Arab Emirates, with the ill-feeling between the two Gulf states manifesting as supporters threw shoes at Qatari players celebrating goals. 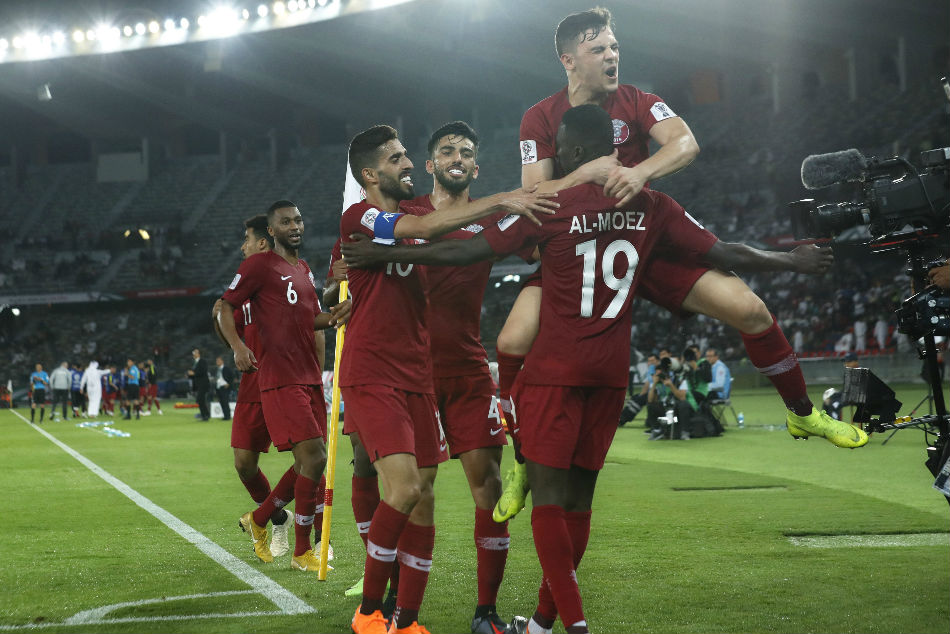 "I don't want to see any stupid things after the game because we are really representing Asia," Southampton defender Yoshida told reporters.

"We have the hashtag #bringingasiatogether, so it's really important and beneficial to all the Asian countries to represent Asia by playing good football and with fair play.

"I expect both teams to play with 100 per cent effort, with fair play and to make a good game and show all over the world how we play.

"That makes another step not only for Japan but Asian football."

Qatar captain Hasan Al Haydos echoed Yoshida's call for calm as the 2022 FIFA World Cup hosts aim to complete a shock triumph in a tournament where they have never previously progressed beyond the quarterfinals.

"I think the most important thing in the game is to remain calm, everyone will be excited, but remaining calm is crucial," he told a pre-match news conference.

"Everyone must be patient and put into practice what the coach tells us. We must be highly focused and patient."

The Werder Bremen forward got off to a flyer with a brace in Japan's tournament opener against Turkmenistan. Muscular problems kept him sidelined for the next three matches but, following a substitute cameo against Vietnam in the quarterfinals, his double left Iran with a task they were ill-equipped to tackle.

The only player to have more goals than Osako in the tournament is Qatar striker Almoez, who has plundered his way to double that haul. His wonderfully worked strike in the rout of UAE took him to eight from nine shots. In doing so he equalled the competition record of Iran great Ali Daei, who scored eight times in the 1996 edition.

- Japan are making their fifth final appearance - only Saudi Arabia have made the final on more occasions - and won each of the previous four.

- Qatar are the 10th different nation to appear in an AFC Asian Cup final – four of the previous nine sides making their first appearance in the final went onto win.

- Qatar have scored 16 goals and conceded none in their six games at the 2019 FC Asian Cup; currently the best-ever goal difference by a team at a single AFC Asian Cup tournament.

- Japan have scored in all 16 AFC Asian Cup games they have participated in since the start of the 2011 tournament, netting a total of 33 goals.

- Qatar have as many wins and more clean sheets in the 2019 AFC Asian Cup they had in their previous 32 games and nine tournaments combined.

- Qatar’s Akram Hassan Afif has eight assists - four more than any other player - and has created a tournament-best 20 goal-scoring chances.