Panchkula, June 13: They are huge fans of a certain CR7 but wear jersey Nos. 9 and 10 on the pitch. They also profess great admiration for Mizo forward Lallianzuala Chhangte, who plays on loan for Mumbai City FC in the Indian Super League (ISL).

But they do have a couple of things in common with Cristiano Ronaldo. They are as trendy as the Portuguese footballing icon and also love to score goals like him.

And that's exactly what winger Laltlanzova and centre-forward T Malsawmzuala did in the Khelo India Youth Games 2021 Boys football final, scoring as many as 10 goals in their gold medal run.

In fact, Laltlanzova notched a sensational hat-trick in the final against Kerala, helping Mizoram to a 5-1 win on Monday to emerge as the tournament's top scorer with seven goals in five games. 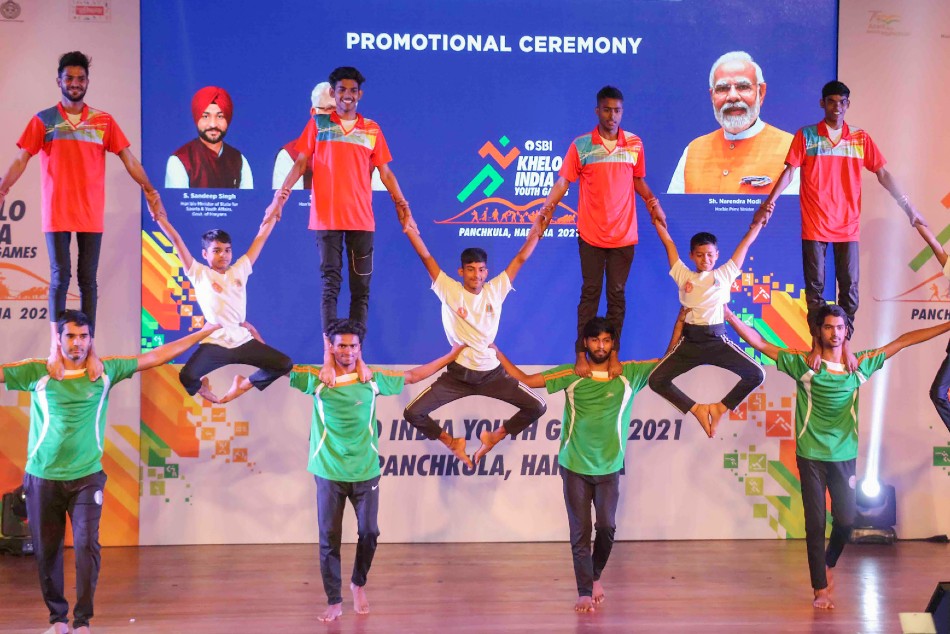 "The coach told me to score today and that's exactly what I did," said Laltlanzova whose father is in government service. He made his debut for his state in the tournament.

"I like Cristiano Ronaldo because he's hard-working and good at heading and finishing," said the 5'8" striker Malsawmzuala, whose father does odd jobs like carpentry to make a living. He wants to be a professional footballer. So does Laltlanzova who further wants to emulate Chhangte and play for India.

The duo are products of the state-funded Regional Sports Training Centre in Kolasib district (Under-14) and SYS Football Academy in Lunglei district (Under-17). The academies were shuttered for nearly two years because of the covid pandemic but now they are buzzing again.

Laltlanzova, who hails from the Champhai district, was a discovery of the 'catch 'em young' scheme of the state sports department. "Some of our boys come from very poor families, but some are also middle class," said Lallthammawia, who coaches the team along with Lalbulliana. Both are associated with the aforementioned academies and hold National Institute of Sports diplomas.

"So far, no clubs have approached us to sign our players. But our lads are talented and I hope the talent spotters who are watching the KIYG 2021 will take note of their performances here and shortlist them in their future plans," said Lalthammawia.

Football has given Mizoram footballers a ticket to a prosperous future what with so many of them playing for the ISL and I-League clubs. Based on this outing at KIYG 2021, it will not be long before the Indian clubs arrive with their chequebooks to sign this new generation of Mizo players.