Bengaluru, May 18: The 2020-21 La Liga season has gone down to the wire with the title -- which has boiled down to a two-horse race between defending champions Real Madrid and city rivals Atletico Madrid -- to be decided on the final day of the season on May 23.

With 83 points from 37 games, Atletico have a slight advantage.

They are two clear of city rivals Real, while former champions Barcelona have slipped down to third in the pecking order after the heart-breaking 1-2 loss at home to Celta de Vigo.

It was their thrilling 2-1 victory over Osasuna in the penultimate fixture whick kept Atletico on course to the title with Luis Suarez doing the star turn with a late winner. 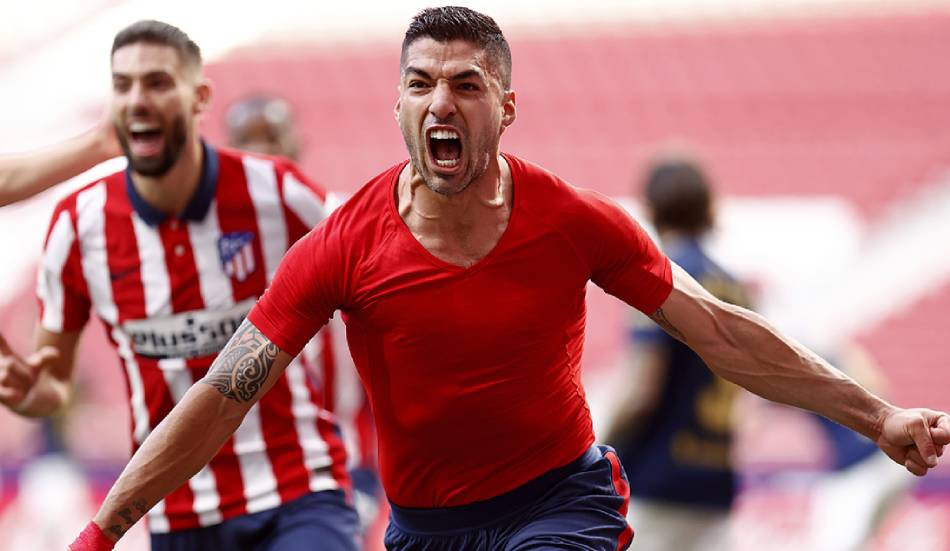 With the final day of the season having simultaneous kick-offs, La Liga and Facebook (the official broadcaster in India) have come up with a unique technological feature of four special signals.

This special option will provide the viewers of the Indian subcontinent to toggle/switch between four independent signals/feeds.

To ensure that the viewers do not miss out any of footballing action, fans can choose from the four different feed options -- Multifootball, Barcelona, Atletico Madrid and Real Madrid.

Multifootball, as the names suggests, will showcase best action and goals from across the five concurrent clashes.

Barcelona feed will provide fans the clubs game and also have the studio show. The signal dedicated to Atletico Madrid and Real Madrid will provide the audience to witness the clashes of the two clubs exclusively.

The unique feature was tried out during the penultimate week (Match Day 37) which also had simultaneous kick-offs.

The final days fixtures (Match Day 38) will start at 9.30pm IST and for the Indian audience, all the action is available on the La Liga Facebook page.