Kylian Mbappe had earlier fired PSG into a ninth-minute lead, yet Andre Silva deservedly pulled Leipzig level in what was another laboured and imbalanced performance from PSG on Tuesday.

Shorn of the injured Neymar, Mauricio Pochettino's team looked set to be punished when Nordi Mukiele scored Leipzig's second to put them ahead just prior to the hour at Parc des Princes.

However, Messi was on hand to stem Leipzig's hopes of a first Champions League win of the campaign with a somewhat fortuitous finish, before the former Barcelona superstar chipped home the winner from the penalty spot.

Mbappe slammed a second penalty high over the bar in stoppage time, though PSG still moved to the top of Group A.

After the match PSG head coach Mauricio Pochettino said his "under construction" team can count on Messi and Mbappe's individual talent.

The Parisians had more possession (64.5 per cent) but Pochettino acknowledged too much was in their own half, forcing them to play on the break, rather than force the game.

"It takes time, we are a team under construction," Pochettino said during the news conference. "We had the possession, but we prefer to have it more high on the pitch. But I have also seen good things offensively, which are improving, and which will work better over time.

"Messi and Mbappe? It is difficult to find collective solutions, this is where we can count on players like them. Talents are easily found, there is no time for these automatisms to come back more easily."

Messi became the fourth player to score in their first two home Champions League matches for PSG after Neymar (2017), Alex (2012) and George Weah (1994), while he has now scored 19 goals in 18 games against German opposition in the competition. 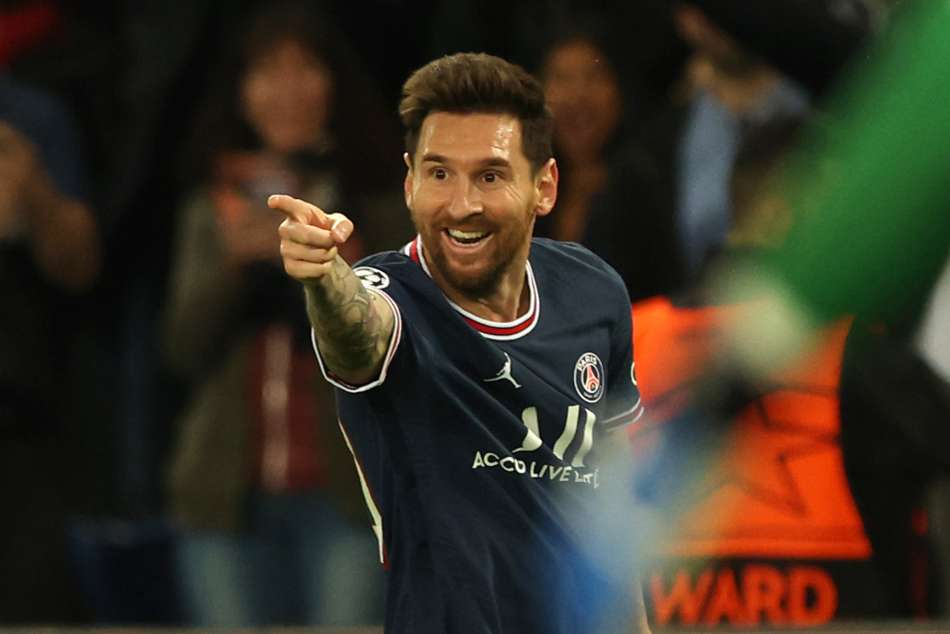 Messi out to match Neymar, Champions League in Opta numbers

Mbappe, who does not turn 23 until December, has already scored 28 Champions League goals - it is the most by any player in the competition before their 23rd birthday, ahead of Messi (25).

Pochettino added that while utilising six-time Ballon d'Or Messi and Mbappe's qualities on the break was effective, he still was aiming to dominate games more in the opposition's half yet needed more time.

"Kylian's qualities are perfect for playing in transition," he told RMC Sport. "When you have Leo, with his passing quality, [Achraf] Hakimi and [Nuno] Mendes on the sides capable of attacking spaces ... You can play that way. But we can also progress in the positional game, but that takes time."

PSG, who were also missing Neymar to injury, had 72 per cent possession in the first half, however. Pochettino said his side turned over the ball too much.

Leipzig may have capitalised more with Andre Silva, who equalised in the 28th minute, also hitting the woodwork, while Christopher Nkunku went close on a few occasions before Nordi Mukiele put the German visitors ahead in Paris.

"We have to correct things, we lost too many balls in the first half under the pressure from Leipzig, our midfielders were down," Pochettino said.

"We had trouble connecting with our attackers. In difficult times, we conceded two goals in the counterattack where we had the numerical superiority, we have to improve.

"But we have the satisfaction of having shown character to get back from 2-1."

PSG have been defeated only four times in 44 home matches in the group stages of the Champions League (W34 D6), winning all six of their games against German sides (Bayern Munich on four occasions and Leipzig twice).