By Daniel Lewis
Updated: Tuesday, September 29, 2020, 8:02 [IST]
omnisport-MyKhel Team
Premier League champions Liverpool made it three wins from three to begin the new campaign with a 3-1 victory over Arsenal.

London, September 29: Diogo Jota scored on his Premier League debut for Liverpool after Andy Robertson had earlier made amends for a big error as the champions recorded a 3-1 comeback victory over Arsenal at Anfield.

The Gunners had defeated Liverpool twice over the past two months and, like their hosts, entered this fixture with a perfect start, but Mikel Arteta's men were unable to build on a lead gifted to them by Robertson 25 minutes in.

The left-back inadvertently set up Alexandre Lacazette to score for the visitors completely against the run of play, only for Sadio Mane to equalise 147 seconds later.

Robertson then completed the swift turnaround by putting Liverpool in front before substitute Jota sealed things late on as Jurgen Klopp's side continued their promising start to their title defence.

Mane fired a first-time shot straight at Bernd Leno and Trent Alexander-Arnold's deflected attempt hit the crossbar as Liverpool made a dominant start to the match.

But it was Arsenal who took the lead through their first effort as Robertson sliced a simple clearance into the path of Lacazette, who scuffed a shot over Alisson and into the net. 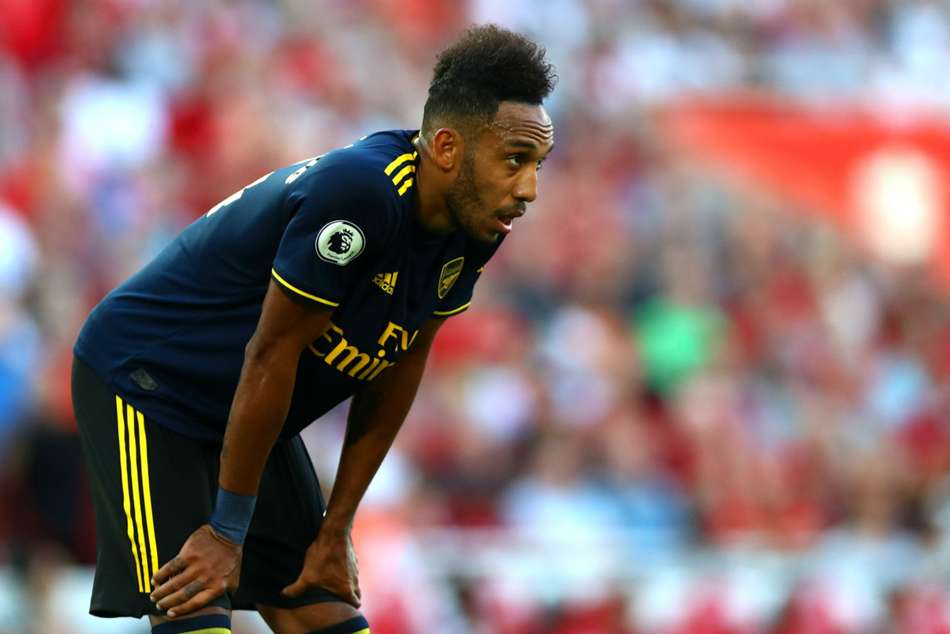 The hosts hit back instantly through Mane, who had a simple tap-in after Mohamed Salah brushed off Kieran Tierney and got a strike on target that Leno could only parry.

Robertson scored what proved to be a crucial goal with 34 minutes played by controlling fellow full-back Alexander-Arnold's right-wing cross and flicking past Leno.

Lacazette's goal was his seventh in nine league games for Arsenal but he wasted a big chance to level matters a little over an hour in, being denied by Alisson when played through.

Jota was equally wasteful when firing into the side netting with only Leno to beat, but he rifled in from further out five minutes later to put the icing on a fifth home league win in a row for Liverpool against Arsenal.

What does it mean? Dominant Liverpool extend perfect start

A lot was made of Liverpool's post-lockdown form last season but they have kicked off the new campaign with three wins from three to join Leicester City and Everton on nine points.

For all the improvements Arsenal have made under Arteta – and that includes a couple of wins over the Reds – they were second best at Anfield, particularly in the first half.

Liverpool had 66 per cent of the ball and managed a whopping 21 shots – eight of those on target – whereas Arsenal had only four attempts across the 90 minutes.

Arsenal had just two touches in the opposition box in the first half and scored from one of those as Robertson put the ball on a plate Lacazette.

But Robertson did not let his head drop and his strike made it 33 goal involvements in the Premier League since his Reds debut in August 2017 – more than any other defender.

Salah gets better of Tierney

Unlike Scotland international team-mate Robertson, Arsenal defender Tierney failed to respond after making an error in the lead up to Liverpool's equaliser.

Tierney allowed Salah to get around him far too easily and Leno was unable to bail him out, although he can cling to the fact no player on the field made more clearances than his 10.

The sides get to do it all over again on Thursday as they meet at Anfield in the last 16 of the EFL Cup.