Suarez celebrated countless titles after swapping Premier League giants Liverpool for Barcelona in 2014, while establishing himself as a Blaugrana great.

During his time at Camp Nou, Suarez formed part of Barca's famed 'MSN' alongside Lionel Messi and Neymar before it was broken up three years ago. 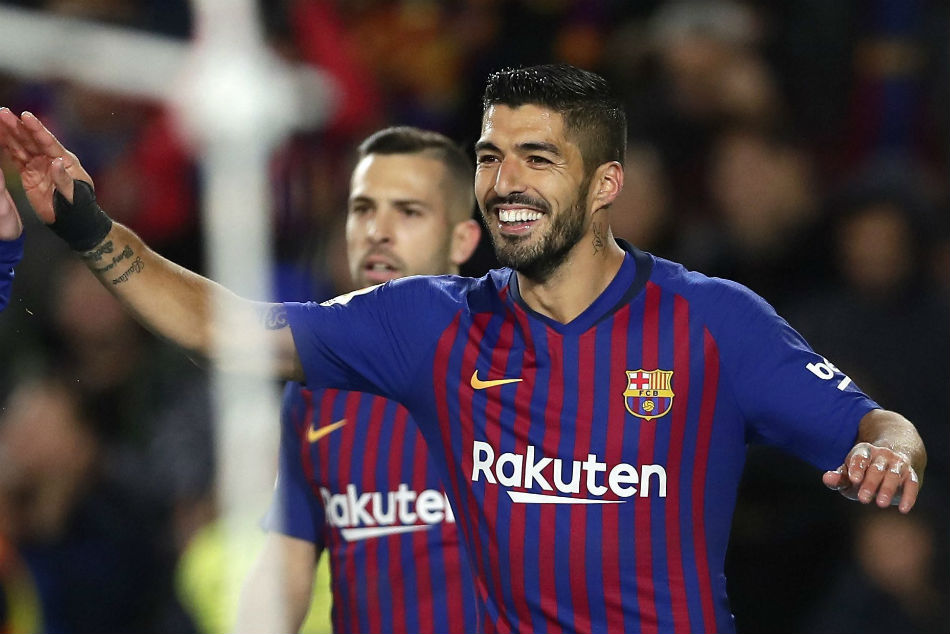 Suarez set to join to Atletico, Morata heads for Juventus

As Suarez prepares for life in the Spanish capital, we look at the 33-year-old's Barca career in numbers.

283 – The Uruguay international was a mainstay in Barca's starting XI, amassing just under 300 appearances.

1 – He opened his goalscoring account for Barca in his sixth game. A Champions League encounter against APOEL in November 2014 set the tone for Suarez.

59 – In his second year at Barca in 2015-16, Suarez earned the Golden Shoe as Europe's top scorer thanks to 40 LaLiga goals and 59 across all competitions.

114 – Suarez reached a century of Barca league goals quicker than anyone else in the team's history – needing just 114 games – in January 2018.

97 – Not only a prolific goalscorer, Suarez provided plenty of support up front. The veteran contributed close to a century of assists in Barcelona.