By Ryan Benson
Updated: Saturday, March 6, 2021, 13:13 [IST]
omnisport-MyKhel Team
A win for City in Sunday's derby will surely all but seal the title, though Nani does not consider them stronger than United.

London, March 6: Manchester City will be aiming to open up a surely unassailable 17-point gap over Manchester United with a win in Sunday's derby, yet former Red Devils winger Nani insists the Premier League leaders are not stronger than Ole Gunnar Solskjaer's side.

United have received plenty of negative press lately for their poor recent record when facing other members of the so-called 'big six', with last weekend's 0-0 draw at Chelsea the sixth successive game against such calibre of opponent in which they have failed to score.

Five of those six matches ended 0-0, while the last time United managed to get a goal against the league's biggest clubs was the 6-1 humiliation by Tottenham in early October.

Such omens do not offer a particularly bright outlook ahead of their trip to the runaway leaders, with City heading into the weekend just one match away from setting a new club record, having now gone 28 games unbeaten across all competitions.

But ex-United star Nani, who lost four of his eight games against City for the club, insists sheer ability alone is not the reason for the gap in the table. 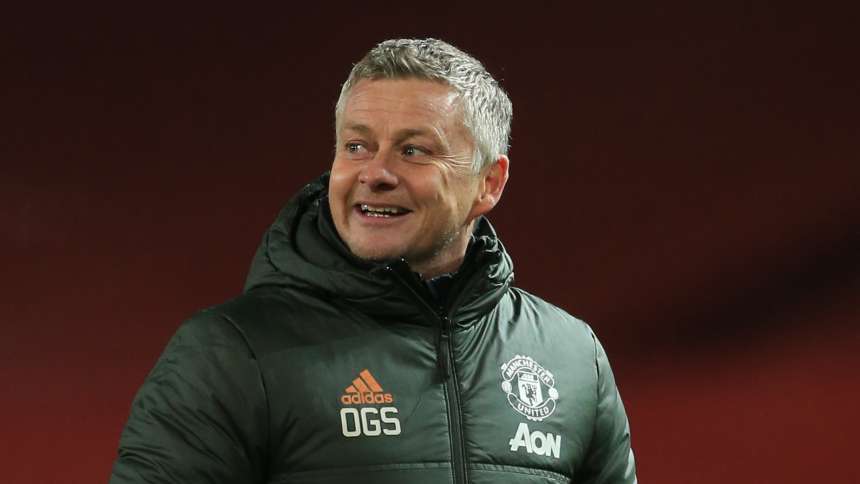 "Man United have a great coach now and it's a matter of time [before they challenge for honours]. I think some of the players need to get more experience, learning fast how they win certain games in certain moments, because I see moments where there is no chance of losing any points and yet they lost.

"That's why now, if you see the top of the table, it makes a little bit of difference because otherwise they would be sharing the position in the table with Man City.

"I don't see Man City stronger than Man United, I see they look more experienced, and they are in a good form. I think the next game will be important for the end of the season if they beat Man City, we have all the chance and I think we're going to win it because that is a different game. But they have to go with everything."

Despite his confidence in United, Nani appreciates the job Guardiola has done in 2020-21 – after all, City took just 12 points from their first eight matches amid a sluggish start to the season.

Yet, Guardiola turned things around and City have not dropped a single point since being held to a 1-1 draw by West Brom on December 15, Nani singling out the manager's influence in restoring the confidence of certain key performers.

"I think Guardiola has been doing a great job this season, to get the team together," Nani added. "They seem a very confident team when they play.

"He brought back some players whose confidence was down, like Bernardo Silva. He put Joao Cancelo [in] - Cancelo is doing fantastic for the team, and all the players at the front, they are not scoring so many goals as before, but they have been important.

"There are players who last season did not appear so much, like [Ilkay] Gundogan, who this season has been amazing. He scored so many goals and is giving so many assists. So, it's important when you don't have important players available, like Kevin De Bruyne, you can bring another player who can appear and help the team."

While Nani alluded to Silva's increased importance, it's another Portugal international who is seen as arguably the catalyst to City's improvement this season: Ruben Dias.

The centre-back fits in perfectly with Guardiola's philosophy of building from the back and has formed an outstanding partnership with John Stones – when playing together they have won 13 of 14 Premier League matches this term, keeping 11 clean sheets, and Nani believes Dias has proven himself one of the best around.

"Yes, he's proved already that he's one of the best in the world," Nani continued. "I think if people don't think that, then very soon they will change their mind because the way he's been performing for the team, the way he has been helping in a defensive way, that is one of the reasons in the second half of the season City is performing and conceding less goals.

"It's also partly [down to] John Stones. I think it's important when the defence of the team is solid, it's much easier for the ones who play at the front to perform and to be more relaxed to create the chances to score."