Javi Gracia made seven changes to his Watford XI but the visitors proved miserly opponents as they frustrated Pep Guardiola's defending champions during the opening 45 minutes.

The opening goal came within a minute of the restart and amid considerable offside controversy.

Sterling pounced with Watford still reeling, netting from close range in the 50th minute and completed his treble before the hour.

Watford substitute Gerard Deulofeu reduced the deficit midway through the second half – something Liverpool must now do when they host Burnley at Anfield on Sunday.

City were forced to be patient when confronted by a heavily manned defence, although Sergio Aguero should have done better when he powered wide from Bernardo Silva's 29th-minute delivery.

Daryl Janmaat completed a brilliant last-ditch tackle on Sterling and those two were involved in the game's most contentious and pivotal moment.

Following prolonged discussions between the match officials, the goal was awarded despite Sterling being in an offside position when Aguero touched the ball into his path, because Janmaat played it against the England winger's shin for the ricochet into the net.

There were no qualms when David Silva and Mahrez sliced their way down Watford's left channel and Sterling tapped in the former Leicester City man's cross. 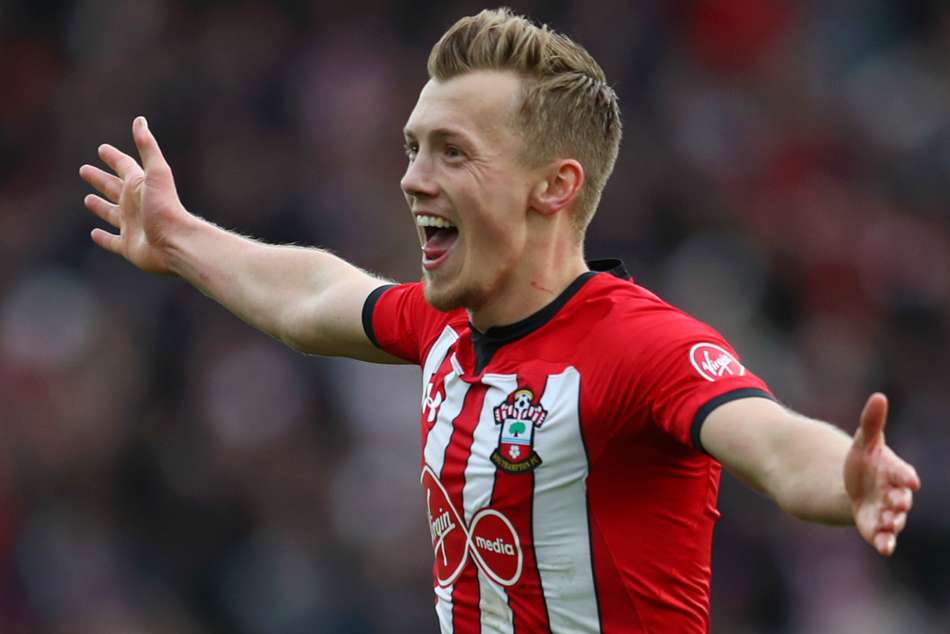 David Silva slid Sterling through to cut inside Janmaat and Christian Kabasele to complete his hat-trick and he received a rapturous reception when he made way for Leroy Sane shortly afterwards.

13:12 - Raheem Sterling scored his hat-trick in 13 minutes and 12 seconds - the fastest in the Premier League since Romelu Lukaku's for Everton v Sunderland in September 2016 (11:37). Blitz. pic.twitter.com/eR6VcrnOmE

Gracia's changes proved more impactful, though, as Troy Deeney and Deulofeu were introduced, the pair combining with their first touches to score 21 second later – the goal offering a tantalising glimpse of what a more expansive Watford might have been able to accomplish.

What does it mean: City willing to grind their way to glory

As in last weekend's 1-0 win at Bournemouth, City were stifled during a goalless first-half and unable to create regular chances against a disciplined Watford.

Once again, however, they did not panic and pushed any pressure their toils might have caused back in the direction of Merseyside. Two days of damaging headlines, with UEFA and then the Premier League opening investigations into City's financial affairs, do not appear to have permeated the Etihad Stadium dressing room.

Sterling's first goal – more on that below – was undoubtedly a moment of game-changing fortune. But his dead-eyed ruthlessness to capitalise, taking the game away from Watford and moving on to 15 Premier League goals this season again underlined the impressive strides the former Liverpool man has taken under Guardiola.

The International Football Association Board tweak and amend the game's laws away from prying eyes but they have come under an increasingly harsh spotlight over recent weeks. Interpretations of handball were mercifully off the table here but everything about Sterling's opener logically screamed "offside". The same was true of the incident leading to Harry Kane's penalty in the north London derby. However, the current laws mean officials on both occasions could be forgiven for awarding the goal and spot-kick respectively. That is a huge problem, though, because it amounts to a global sport shooting itself in the foot.

Manchester City host Schalke in the Champions League before travelling to Swansea City in the quarter-finals of the FA Cup, with Gracia set to revert to a more familiar XI for Watford's last-eight tie against Crystal Palace.