London, January 28: Mikel Arteta was proud of his young Gunners after Arsenal secured an FA Cup fifth-round spot with a win over Bournemouth.

The visitors, 13-time winners of the competition, secured a 2-1 triumph at the Vitality Stadium with Bukayo Saka and Eddie Nketiah on target before substitute Sam Surridge grabbed a late consolation in an otherwise one-sided tie.

Arsenal's two goalscorers were the standout performers in a youthful line-up on a night when Arteta's defensive options were further depleted by a serious-looking injury for Shkodran Mustafi. 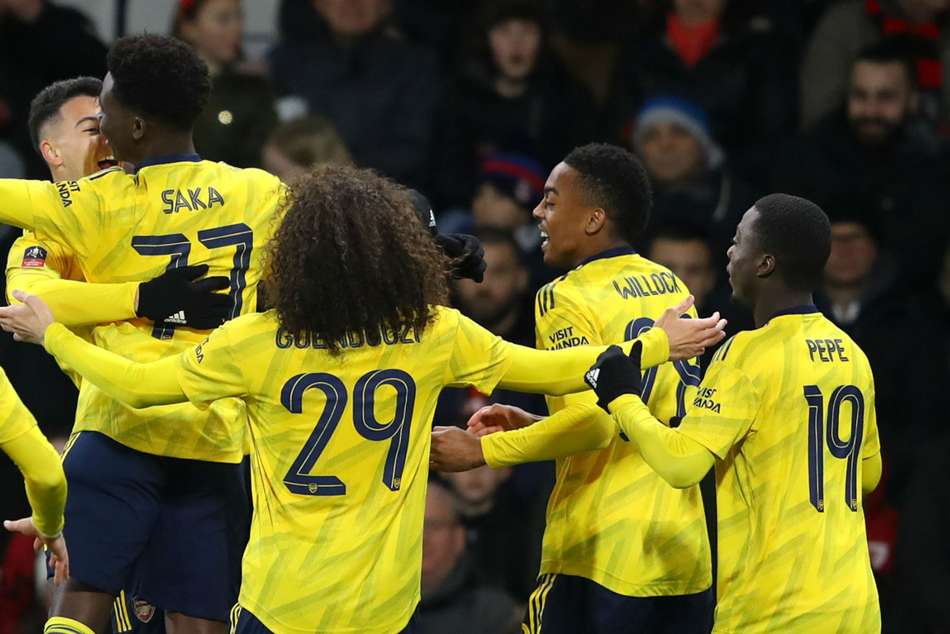 Arteta, while pleased with Monday's display, admitted the club would need to dip into the transfer market to bolster his squad, with a fifth-round trip to Portsmouth added to their schedule.

"Very pleased. It's always tough to come here and win, we've done it with a young team as well," the Gunners boss told BBC Sport.

"I have a lot of faith in them. I think they are developing really well. They are willing and hungry and will only get better.

"We analyse opponents and try to generate situations that are favourable for our players.

"Our history with this cup is massive for the club. We need to take it step by step."

On the injury to Mustafi and his hopes to bring in reinforcements, Arteta added: "We will have to assess him but when Mustafi has to come off, normally it is not good.

"We are in the market. We are looking for some things with the resources we have and we will tell you when we have more news."

Opposite number Eddie Howe conceded his side lost the tactical battle and did not work hard enough without the ball to match their visitors.

"There were tactical problems for us," said the Cherries manager. "We changed system a couple of times but we weren't ourselves out of possession.

"We were second in the battles. Against quality teams that is what you have to master."