Bengaluru, January 27: Nacho netted the all-important winner in the 78th minute as Real Madrid snatched a 1-0 win at Real Valladolid to capitalise on Barcelona's defeat at Valencia and move three points clear of their rivals at the top of La Liga.

The defender was handed his fourth league start of the season only because usual right back Dani Carvajal was suspended.

But the Spaniard proved the difference in a tight encounter by heading home a Toni Kroos cross.

Barcelona, who lost 0-2 at Valencia in their first defeat under new coach Quique Setien, are second on 43 while Sevilla are third with 38. 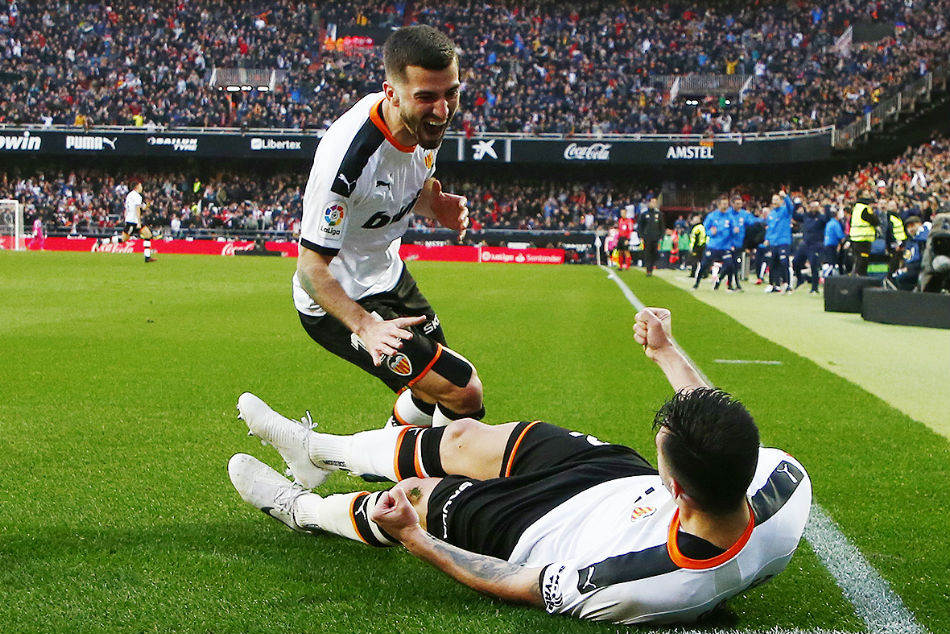 Nacho raced straight over to the visiting dugout to embrace coach Zinedine Zidane after scoring his first league goal in over two years as Real finally broke the deadlock after struggling to break down the hosts' deep-lying defence.

Zidane revealed after the game that his instructions to Nacho had played a part in the goal.

"Just before he scored I told him to attack the near post. He's a defender who doesn't score many goals so I'm delighted for him," said the French coach.

"It was a very difficult match against a team who had only lost one game at home and who play very well. It was vital that we won but being top of the table doesn't change anything for us, we just've to keep doing what we're doing well," Zidane added.

Valladolid's Sergi Guardiola meanwhile netted late in the game but that was also ruled offside and Real clung on to earn a vital victory which took them back to the top of the standings for the first time since the start of October.