Naples, February 25: Quique Setien has long been regarded as a strong judge of potential in young players – they said it was one of the reasons Barcelona hired him in January despite leaving Real Betis last year having arguably fallen short of expectations.

Ironically enough, Setien's keen eye and faith in academy products could end up costing Barca upwards of €60million, as the reimagining of their midfield looks set to continue.

Why? Because in 2017, just after becoming Betis coach, Setien stepped in and insisted the club not sell Fabian Ruiz to Barca's B team for €1m. A paltry sum in current terms, but at the time the midfielder had only featured a few times for the Verdiblanco's senior side and just spent time on loan at Elche. 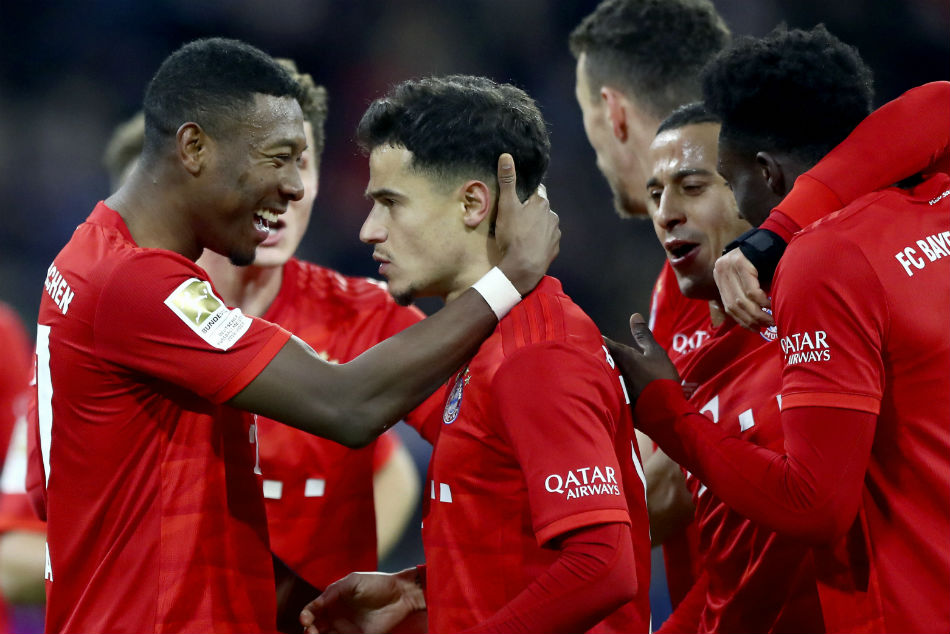 "I refused as we wanted him at Betis. I saw Fabian's potential and we decided to keep him," Setien told Marca last year. His faith was well-placed – Fabian made 34 LaLiga appearances in 2017-18 and was one of the league's standout midfielders, earning a move to Napoli that reportedly cost €30m.

An impressive first season in Serie A vindicated the fee and marked him out as one of Europe's most promising midfielders, leading once again to rumours of interest from Barcelona, and Real Madrid too, with both apparently seeing him as a candidate to replace ageing midfield options.

Struggling to adapt to change, or lack of motivation?

It's not all been plain sailing, however. This season has proven a challenging one for Fabian, who had a quiet start to the campaign before seeing his form drop off dramatically.

When Gennaro Gattuso replaced Carlo Ancelotti, he retained faith in Fabian despite his issues, though his form didn't improve particularly with the alteration from 4-4-2 to 4-3-3.

Italian publication Gazzetta dello Sport blasted Fabian just last month, suggesting there was a link between his form and the apparent interest of Barca, before saying his "slowness is embarrassing, almost penalising for Napoli's actions".

But there's a feeling in Italy that Napoli's signing of midfield competition in Diego Demme and Stanislav Lobotka have coaxed a positive reaction from the Spaniard.

With two goals in his past three matches, including excellent performances against Inter and Brescia, Fabian seems to have settled again – and just in time.

Given Fabian's wide-ranging skillset, he has been mentioned as a potential long-term replacement for more than one Barca midfielder.

Chiefly, it has been suggested he might be the ideal man to push out the increasingly unpopular – among Barca fans, anyway – Ivan Rakitic, as Fabian boasts ability on the ball, incisive passing skills and is a capable striker of the ball.

While he may lack some of the industriousness of the Croatian, there's little doubt he would present a more refined technician in the final third.

However, with Frenkie de Jong already at the club, others feel Fabian could be moulded into a long-term successor to Sergio Busquets, owing to their similar physical attributes and the Betis product's excellent distribution.

According to Fabian, much of his game has been modelled on former Barca pass-master Xavi, having previously idolised Betis icon Capi – a more attack-minded midfielder – as a youngster, and such influences are clear to see.

Regardless of Setien's presence – as it's by no means inconceivable to think he won't be at the club next season – it's obvious this tie represents a real opportunity for Fabian to shine against the players he could potentially be brought in to replace.

How does he compare to Barca's current options?

Currently, there is no one in the Barca midfield creating goal-scoring chances at the same rate as Fabian, who has laid on 121 opportunities since the start of last season across all competitions - Rakitic (41), Busquets (50), Arthur (41) and Arturo Vidal (47) are all way behind.

Despite questions about his form, the Spaniard has played 38 key passes in 30 matches in 2019-20. De Jong is proving the most effective in that regard for Barca, but his 24 chances created in 33 outings on all fronts is also still some way behind Fabian.

Fabian's average overall pass completion percentage at Napoli stands at 89 per cent, and while that is less than those posted by Busquets (91) and Arthur (93), it's by no means a dramatic drop-off and is the same as Rakitic's record. It suggests Fabian would have no issue acclimatising to Barca's style of play, regardless of whether or not Setien is still at Camp Nou.

But proving those previous struggles merely came down to a blip in a generally tumultuous season at Napoli and building on his recent revival with eye-catching performances against Barca, in a Champions League tie no less, would suggest he has the mentality as well as the ability to play for the Spanish champions.