No bubble is full proof around the world: AIFF president Patel

Navi Mumbai, Jan 23: All India Football Federation president Praful Patel on Sunday denied that the bio-bubble for the Women's Asian Cup was weak as several COVID-19 cases among the home team's players led to the cancellation of their match against Chinese Taipei. 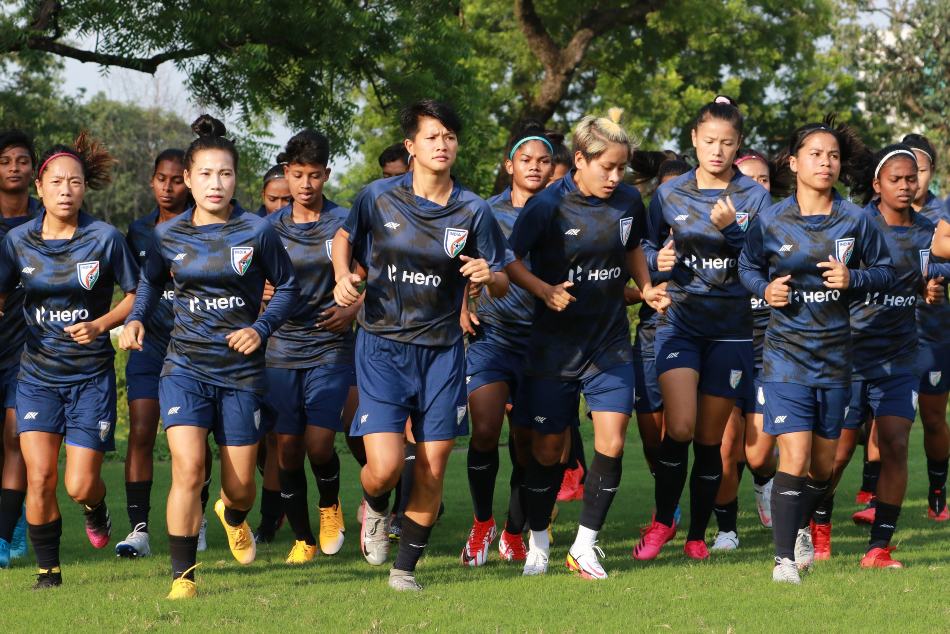 The dozen positive cases of COVID meant that India's campaign in the premier continental tournament was over.

"Unfortunately, this happened to us despite the best measures put in place, and it is sheer bad luck that it happened to us. Let there be no fingers pointed at any. We need to understand this is a pandemic situation, and no bubble is foolproof around the world," Patel said in a statement.

Apart from the COVID cases, two players were also laid low by injuries. Patel also said that the girls were heartbroken and urged everyone to respect their feelings.

"The team is heartbroken, and I request all to their feelings and sentiments. I am proud of the great promise the team showed in their first match, and am confident that they will prove their mettle in the near future," added Patel, who is also a FIFA council member and chairperson of the tournament's local organising committee.

"We are as disappointed as probably the entire nation would be right now with this unwarranted situation. However, the players' health and well-being are of paramount importance to us, and it cannot be compromised under any circumstances," he said.

The Asian Football Confederation (AFC) said given the situation, Article 4.1 of the tournament rules comes into effect, which makes it clear that if a team fails to assemble for a match, it would be "considered to have withdrawn from the relevant Competition."

India failed to name the required minimum of 13 players for the Group A match against Chinese Taipei before the game and there was no sign of the team at the ground even as the rivals warmed up.

India were next scheduled to play China in their final group match on Wednesday but that is unlikely to go ahead now given that the team does not have enough players to field an XI.

The knockouts start from January 30, making it nearly impossible for the tournament organisers to maneuver the schedule.

According to Patel, the Blue Tigresses would bounce back. "This is not the end of the world. The promise on display in the first match against Islamic Republic of Iran was there for all to see, and (I) am confident they will bounce back from this temporary setback," said Patel. India were held to a goalless draw by Iran in their opener on January 20.