By Nicholas Mcgee
Updated: Tuesday, May 4, 2021, 12:54 [IST]
omnisport-MyKhel Team
Pep Guardiola's Manchester City have history in their sights as they face PSG in the Champions League semifinal.

London, May 4: An all-English Champions League final could be in the offing as Manchester City and Chelsea look to progress from the last four.

The two Premier League sides each have the edge going into the second leg of their respective semi-final ties with Paris Saint-Germain and Real Madrid.

And history is in their favour as they set their sights on the final in Istanbul on May 29. 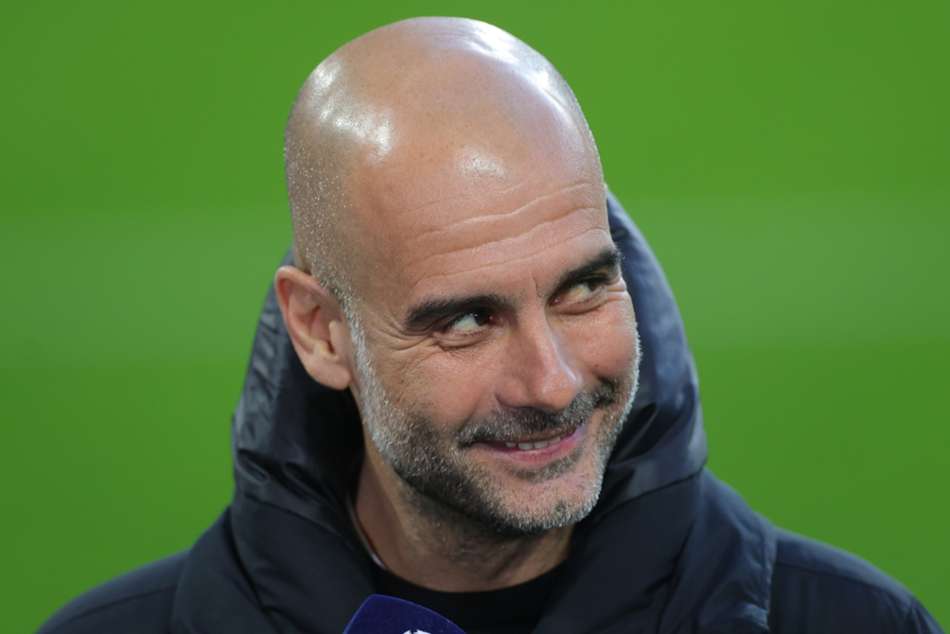 It is advantage City after a dramatic first leg at the Parc des Princes, a second-half fightback and 2-1 win meaning PSG will have to score at least twice to progress.

Should Pep Guardiola's men knock out last season's finalists, they will reach their first UEFA European final for 51 years, since winning the 1970 Cup Winners' Cup final against Gornik Zabrze.

This would break the record for the longest gap between appearances in UEFA European finals, held by Sporting CP (41 years between 1964 Cup Winners' Cup final and 2005 UEFA Cup final).

City have won their previous six Champions League matches and another win at the Etihad Stadium would also see them break the record for the longest winning run by an English team in European Cup/Champions League history. Three other sides have won six in a row: Manchester United (1965-66), Leeds United (1969-70) and Arsenal (2005).

They will be the favourites having gone unbeaten in each of their four previous meetings with PSG (W2, D2), with the Ligue 1 club only facing Milan more often in the Champions League (four times) without winning than City (three times).

There have been 47 previous instances in the European Cup/Champions League of an English side winning the first leg of a two-legged knockout tie away from home, and on all 47 occasions the English team has progressed.

Recent history suggests City should be wary of a PSG turnaround, though, Les Parisiens having completed a comeback the last time they lost the first leg of a Champions League tie 2-1, beating Borussia Dortmund in the round of 16 last season.

Yet they have never progressed from a European tie after losing the first leg at home, meaning Guardiola could have plenty to celebrate as he breaks Carlo Ancelotti's record for most Champions League knockout games coached by taking charge of his 63rd.

Chelsea have a slight edge going into the return leg after a 1-1 draw in Spain, Christian Pulisic having scored a superb away goal.

The Blues were frustrated not to add to that opener and were pegged back by Karim Benzema, who could overtake Raul and become the outright fourth top scorer in the Champions League if he nets his 72nd at Stamford Bridge on Wednesday.

But Chelsea are unbeaten in their four previous matches in European competition against Madrid, who are winless in their past four away games against English sides in the Champions League (D2 L2), scoring only two goals across the four games.

And the Blues have progressed from five of their last seven knockout ties in the Champions League when avoiding defeat away from home in the first leg, meaning the omens are against Madrid coach Zinedine Zidane emulating three managerial greats.

Zidane is looking to secure his fourth progression in four Champions League semi-final ties, which would equal the record for most semi-final tie progressions by a coach in competition history (four - along with Alex Ferguson, Carlo Ancelotti and Marcello Lippi).

In his way is a coach who has proven formidable in home games in this tournament.

Chelsea boss Thomas Tuchel, who guided PSG to last year's final, has only lost four of his 18 home games as a manager in the Champions League (W12 D2), with his sides scoring 48 goals across these fixtures - an average of 2.7 per game.

If Madrid are to defeat the odds that are seemingly stacked against them, then midfielder Toni Kroos is likely to play a key role.

Kroos has been involved in 59 shot-ending sequences in the Champions League this season; the most of any midfielder in the competition, and second only to PSG's Kylian Mbappe (60) among players for teams remaining in the competition.