London, Nov. 28: Riyad Mahrez scored a hat-trick as Manchester City thrashed Burnley 5-0 on Saturday in a timely response to criticism of their early-season form.

The Algeria international struck twice in the first half to surpass 100 goal involvements in the Premier League and put City in total control.

Burnley had brief respite when a third City effort was disallowed, but Benjamin Mendy's clever finish – his first goal in English football – effectively ended the contest before half-time.

Ferran Torres also got his first league goal for City before substitute Phil Foden crossed for Mahrez to complete his treble and cap a supremely comfortable outing at the Etihad Stadium. 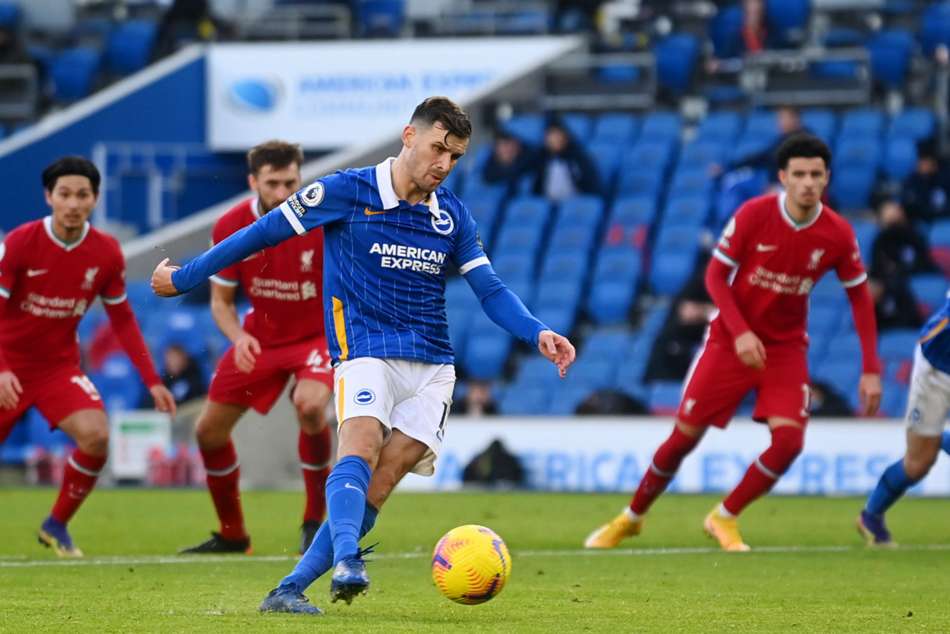 It was 2-0 16 minutes later, Mahrez skipping into space and firing a shot in off the left-hand post after Burnley's defence switched off from a City throw-in.

Goalkeeper Bailey Peacock-Farrell, making his Premier League debut, saw the ball bounce in off the same upright only for the assistant referee's flag to spare Burnley's blushes, with Gabriel Jesus having headed the ball off the offside Torres.

The reprieve did not last long, De Bruyne given time to clip a cross to Mendy, who turned a controlled finish beyond Peacock-Farrell for his first club goal since a Coupe de France match between Monaco and Marseille in March 2017.

It was 4-0 with 66 minutes gone, Torres side-footing home after Jesus' clever lay-off from a Kyle Walker delivery, and Foden needed just 93 seconds on the pitch before his cross was nodded home by the unmarked Mahrez.

188 - Since 2016-17 (when Pep Guardiola joined Man City and Burnley returned to the top-flight), Man City have scored 188 Premier League goals before half-time - 21 more than Burnley have netted in total in that time (167). Entertainers. #MCIBUR pic.twitter.com/1abkcF3iQy

Peacock-Farrell turned the ball into his own net but was spared by another offside call, with De Bruyne crashing a shot off the post in injury time as City made it seven wins in a row against the Clarets by an aggregate scoreline of 28-1.

What does it mean? City close gap to champions

The win moves City into eighth in the table, six points behind Liverpool, who drew with Brighton and Hove Albion and have played a game more. It also ended a run of six consecutive league games in which City have failed to score more than once, something that will no doubt leave Guardiola feeling encouraged.

Burnley are 17th, with five points from nine matches, and have now lost four games in a row at City 5-0. In English football league history, only Notts County have beaten a specific opponent by five or more goals in four successive home games, doing so against Port Vale from October 1893 to February 1907.

Mahrez is the sixth African player to reach 100 goals and assists combined in the Premier League (62 scored, 41 assisted) and he did so in some style here.

He led Charlie Taylor and Ben Mee a merry dance as he became City's first African hat-trick hero since Yaya Toure against Fulham in 2014.

Tarkowski makes it too easy

On a day of zero positives for Burnley, the performance of the usually reliable Tarkowski, who has openly declared he does not plan on signing a new deal at Turf Moor, was particularly unfortunate.

His poor pass led to City's first goal, his careless clearance resulted in the fourth, and he seemed unable to organise the back line.

City head to Porto on Tuesday, having already qualified for the Champions League last 16, before hosting Fulham in a week's time. Burnley are at home to Everton next.