London, February 2: Liverpool opened up a whopping 22-point lead over Manchester City at the top of the Premier League as four second-half goals saw them cruise past Southampton 4-0 at Anfield on Saturday.

The Reds were lucky to not be behind at the break after a chaotic first half, but normal service was resumed after the interval as they racked up a 16th consecutive top-flight triumph.

Merseyside rivals Everton, meanwhile, came from two goals down to edge past Watford 3-2 in a thrilling game at Vicarage Road.

Antonio Rudiger scored twice as Chelsea and Leicester City played out an entertaining 2-2 draw at the King Power Stadium, while there were wins for Sheffield United and Bournemouth over Crystal Palace and Aston Villa respectively.

Brighton and Hove Albion came from two goals down to draw 3-3 at West Ham, while bottom side Norwich City held Newcastle United to a goalless draw at St James' Park.

SALAH AT THE DOUBLE FOR RELENTLESS REDS 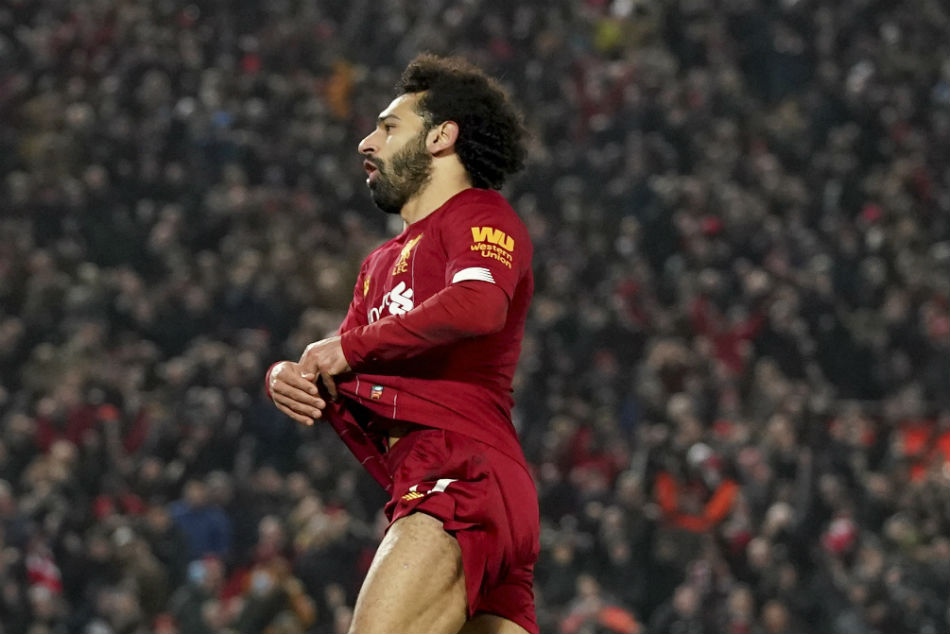 Alex Oxlade-Chamberlain opened the scoring in the 47th minute against his former club, unleashing a low drive past Alex McCarthy, before Jordan Henderson doubled their lead on the hour mark.

Rudiger marked his 100th appearance for Chelsea with an unlikely brace but Frank Lampard's side were unable to secure maximum points.

Chelsea went ahead a minute into the second half at the King Power Stadium when Rudiger nodded in Mason Mount's corner. 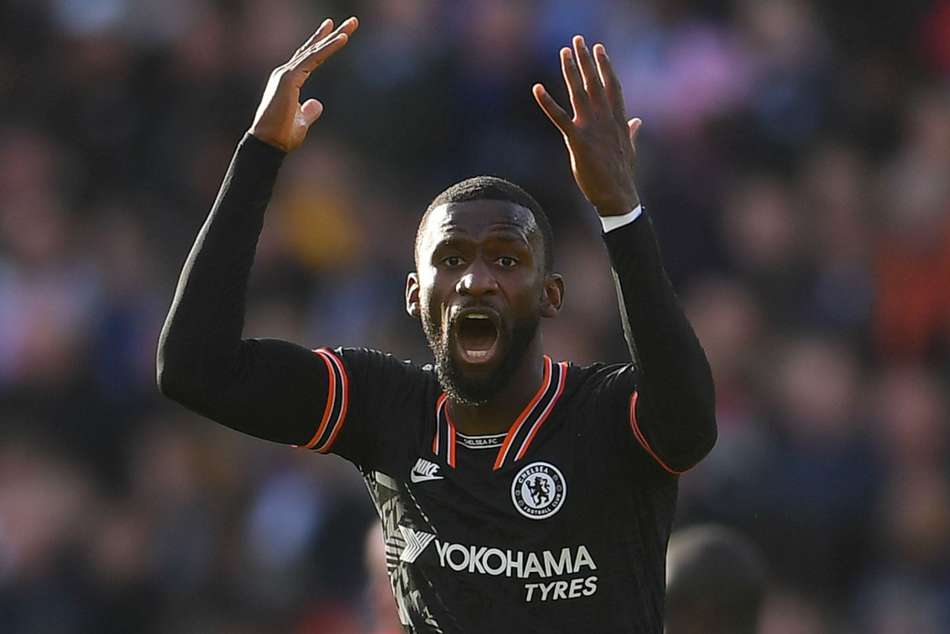 Leicester City 2-2 Chelsea: Rudiger at the double but Foxes make their point

Their lead lasted less than 10 minutes, Harvey Barnes drawing Leicester level with the aid of a deflection off Reece James to give Willy Caballero - picked ahead of Kepa Arrizabalaga - no chance.

Ben Chilwell put the hosts ahead with a cool finish in the 64th minute, but the Blues claimed a share of the spoils to stay eight points behind third-placed Leicester when Rudiger headed home his second 19 minutes from time.

Everton's Theo Walcott scored in the 90th minute to complete a remarkable turnaround against Watford.

Adam Masina and Roberto Pereyra had put the Hornets 2-0 up, but defender Yerry Mina scored twice in first-half stoppage time to haul Carlo Ancelotti's side level.

Everton's hopes of sealing all three points looked to be over when Fabian Delph was dismissed 13 minutes from time for two yellow cards, but Walcott steered home after a quick break to send the travelling faithful into raptures.