Rebels with a cause: Bengaluru's residential football academy hopes to compete with the likes of DSK

The FIFA Under-17 World Cup heralds the rebirth of a footballing nation in India, the hosts. Whether it's the infrastructure at the six World Cup venues or the record fans filling up the stands for matches, India too has paid back the faith football's world governing body showed in the country, which is hosting its first mega event. While that was restricted to organising and viewing, there's still a lot to do when it comes to generating India's own champions in the sport. Jeakson Singh, Dheeraj Singh Moirangthem, Sanjeev Stalin and Amarjit Singh are some of the stars but in India's remote pockets, far away from the six World Cup venues, many more are coming up. This is the story of one of those centres trying to produce global football champions.

Bengaluru, October 25: Loud barking greets, rather wakes up, Jigme Lama every morning. Max the German Shepherd is more excited about the morning training session at 5.30 am than 19-year-old Jigme, one of the trainees at the Rebels Football Club's residential academy. Maxi - that's what the trainees lovingly call the eight-month-old dog, fetches a football from the lawn and brings it in, hoping Jigme and some of the 15 others at the dorm pass it around. Before Max gets more playing time, Santosh Saday, the cook, hands each of them a boiled egg. Max gets one too if he behaves.

Jigme then starts the Maruti Omni, their shuttle service to the training ground about a mile away, and all of them head to the turf for an hour's practice session with coach Sharath Kamath.

It's strange that in a city like Bengaluru, which has a long connection with the sport, there are only two functioning residential football academies (apart from the state government's hostel facility for different disciplines).

Indian Super League (ISL) side Bengaluru FC has its academy based in Ballari (Bellary), while I-League second division club Ozone FC Bengaluru recently shifted its residential facility from Hosur to the city. But even this academy, you could say, was set up by chance. 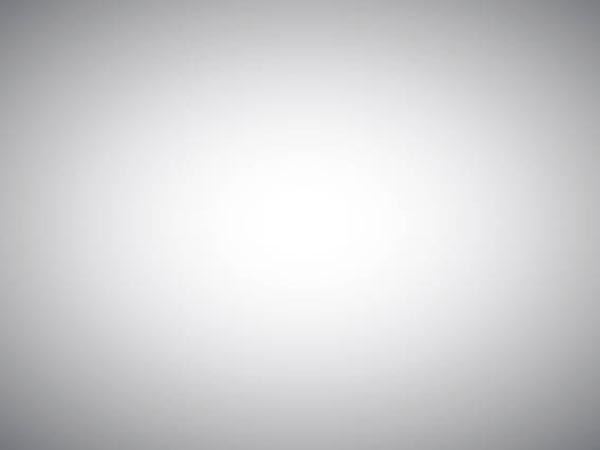 Max the German Shepard chewing on a football

Kamath, a former player for the CIL in the Bangalore District Football Association, had been conducting coaching and grassroots programmes at a natural turf off Kommaghatta, a few kilometres off Kengeri. The land belonged to his long-time friend Ajay Patil, who readily agreed to give it for football. Kamath, however, noticed that most of his wards had to travel at least two hours from different parts of the city to get there. By the time his wards actually landed up at the ground, they were tired and could barely move their feet. That's when he realised the costs to keep the academy boys near to the ground in a hostel would turn out less expensive.

"I rented a house around 500 metres from this ground and it could accommodate up to six people," Kamath said.

"From 2015, I've been running the academy this way. I called it the Dream United Football Academy. But I wasn't going anywhere with the programme. You know, it wasn't developing into something major. It was then that I tied up with Rebels FC because they too were looking to set up an academy of their own. Apart from that, they had a club which played in the BDFA C Division as well as a team in the Amateur League, a parallel league run for semi-professionals."

Along with a club, Rebels, run by entrepreneur Preetham Chandra, brought with it a dorm near to the ground, which can house up to 40 students. "Through our venture Footieculture, we organised tournaments (like the BDFA U-16 Youth Cup) and match screenings," Preetham said. "We weren't generating players and were on the look-out for an academy. Having been a former player, I wanted to establish an academy of my own. When Sharath and I met, we realised that we knew each other from before. We used to play together in a ground and I had noticed him there.

"The dorm took a while to be built. About four months ago, in June this year, we inaugurated the hostel with the state's sport minister, Pramod Madhwaraj, coming in as the guest of honour. For now, the dorm houses 16 students. We've two floors set up here. The ground floor would be the junior team while the first floor can house the senior squad of our academy."

Jigme, a native of Darjeeling, is the first of the recruits at the academy. The coach is sure about Jigme making it big in future. Then there's Jiten Panjwani, an U-16 I-League player with Pride Sports. Rohit Bhandari has played the BC Roy U-19 National Championship for Assam while Avishek Singh has represented Odisha in the same tournament. The academy has boys aged between 12 and 19.

Akeel Razzak and Aseem Navas are two Saudi Arabia returns hoping to make it big in India. Rajesh Indulkar represented Maharashtra at the Under-14 level and there's also Asif, the new boy who passed a seven-day trial to get into the academy.

"We don't take in each and everyone into the residential facility," Kamath explains. "It's a two-way street. Anyone who is interested in joining our team is given a seven-day trial. We see his skills for those days and also give him accommodation at the dorm. If we're happy with him and he too falls in line with our programme and vision, we contact his parents and then take him in.

"In this academy, you can't say you'll play only football. That's a strict no-no. In Rebels FC, along with football, you also have to complete your academics. We had a kid who was given a trial. His father said make my son a champion, let him not study. We didn't take him in," Kamath added.

"Since we opened the residential facility, I would say there've been 40 kids who've come for trials," Preetham further says. "We've been getting more calls since the ISL began. The U-17 World Cup has also fuelled further passion. However, as it's the middle of an academic year, no one has joined as yet. We will start our next round of trials from November for the next academic year."

Then comes the question about the fees involved. Kamath doesn't hesitate to say what's on his mind. "We sit and discuss with the player's parents about the fee they can afford to pay," he said. "We've a variety of options too. It can start from Rs 1 lakh and go up to Rs 5 lakh. This is the price excluding the college fee. The cost increases if you're paying for the dorm and food. We're also sponsoring two kids on our own.

The RFC academy also trains kids from nearby areas. Rahul Acharya is one of the senior players in the team. Anirudh is the team captain but in his absence, Rahul skippered the team in the BDFA C Division campaign.

Preetham points out that anyone who comes to the ground for a training session is coached for free by Kamath.

"There're also some who subscribe only to the food at the mess," Preetham said. "They don't stay in our dorm. They live nearby and train with us. They have the morning breakfast, pack the lunch for college and have our dinner later. It depends from player to player."

Kamath apart, Sharath Poovaiah serves as the assistant coach in RFC. SP Shaji, a former coach of the Services team, is a mentor. The academy obviously doesn't boast of big names in terms of their coaching staff but that's where they're unique. "This is why we sit with the parents of the students and explain our vision to them," Preetham said. "We aren't like the DSK Academy in Pune. That's huge, a township of its own. We're beginning in our own way and hoping to make it big."

As far as their competitive record goes, placed in Zone E in the C Division, Rebels had two wins as many draws and a loss, missing the qualification to the knockouts by a point. This, Kamath says, is because they lost to the easier teams of the league while managing to be beat United FA Banaswadi and group winners Nationals FC. With funding and improved facilities at the academy, Kamath says they can improve. "They play against senior players and that itself is a big disadvantage," Kamath said. "But the plays have this never-say-die attitude and they fight for every ball.

"When you look at the bigger picture, we only have a turf and dorm here. There're many developmental changes we can make in terms of the technology. For example, we'll have to get more coaching personnel going forward and more equipment - not goalposts or training assistants. I'm talking about GPS monitor, heart rate monitor Lexa scan and other tracking devices for improved performances. With this, we'll be able to compete with bigger clubs and academies like DSK Shivajians, Minerva Punjab and Tata Football Academy. And that's where we hope to be."

With that, Kamath concludes the morning training session and heads back to Peenya, where he resides. The trainees, meanwhile, leave for college at 8 am and return by 2 pm. Kamath summons them again at 4.30 pm and the evening training goes on till 7 pm. The trainees then have about three hours to complete their assignments, dinner and other academic work. It's lights out at 10 pm.

The football, however, never sleeps. Max is at Jigme's ears soon enough the next morning.