Madrid, November 13: Real Madrid's caretaker coach Santiago Solari is set to be named as permanent manager of the La Liga club and according to insiders his appointment has already been approved by the Spanish soccer federation (RFEF). 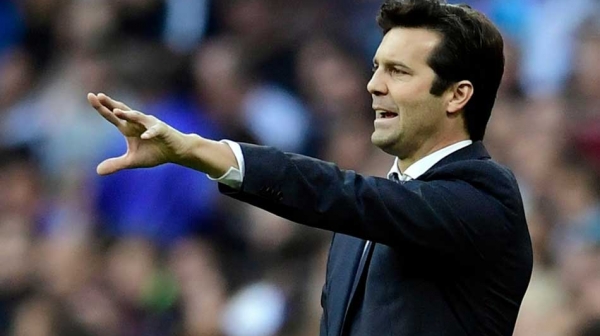 The 42-year-old Argentinian has led the team to four wins from as many games since replacing Julen Lopetegui at the helm of the UEFA Champions League winners recently.

Though the club have yet to confirm the news, Spanish rules prevent an interim coach from staying in charge for longer than 15 days, a period that expired on Monday (November 12).

That may force the club management to hand Solari the job on a permanent basis.

"Everything is in order. Real Madrid have worked out his contract and there are no problems," the RFEF has been quoted as saying in the Spanish Press.

Santiago Solari's post as Real Madrid coach is now permanent: Madrid have submitted his contract to the RFEF https://t.co/zbvTk8u1eG pic.twitter.com/cFnLfDOiMV

With victories over Melilla in the Copa del Rey, Viktoria Plzen in the UEFA Champions League, and Real Valladolid and Celta Vigo in La Liga, Solari has enjoyed the best start of any manager in the club's history.

1 - @realmadriden have won their four competitive games under Santiago Solari with a goal difference of 13+ (15 goals scored and two conceded), the best start of any Real Madrid manager after the first four games since at least 1929. Confidence. pic.twitter.com/fKHfw4Jpws

Lopetegui was sacked after the diastrous El Clasico a run of form that saw Real sink to ninth in the table. However, after Sunday's 4-2 win at Celta, the capital club are sixth, four points behind leaders Barcelona.

"We are focusing on playing for our coach, we are prepared to die for him and we know that he is a great coach, we want him to continue," said defender Alvaro Odriozola.

Solari, who played for Real between 2000 and 2005 in the Galacticos era alongside former coach Zinedine Zidane, led Real Madrid's reserve team from 2016 until replacing Lopetegui last month after a painful 5-1 El Clasico defeat by Barcelona.

They will also play Roma in Italy and CSKA Moscow at home in the UEFA Champions League, two games likely to settle who goes through top of Group G.

The challenge for Solari will be to manage the dressing room when results take a turn for the worse.

(With inputs from Agencies).