Can Manchester United hit rest of the Premier League with 'big six' form? 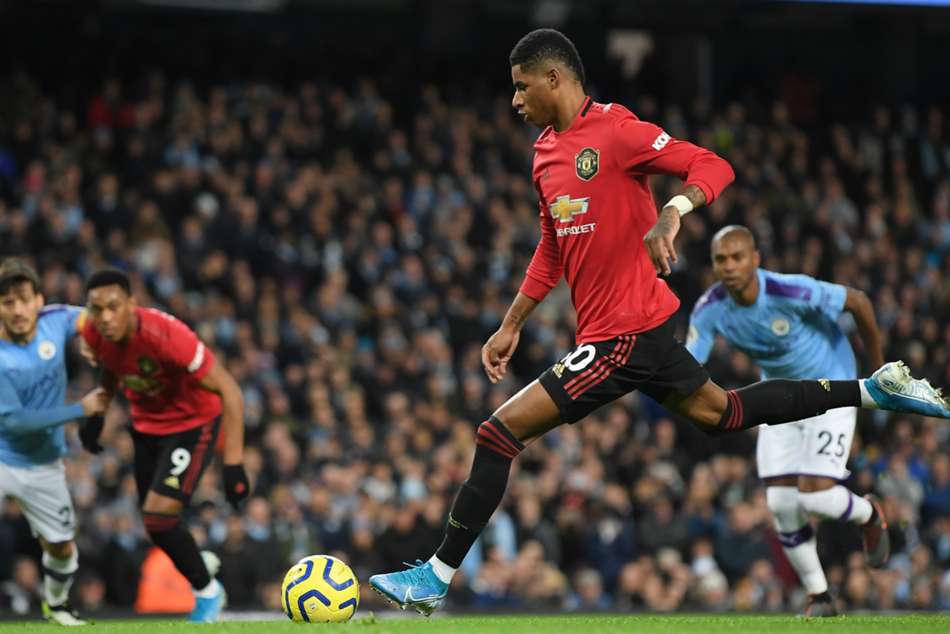 A blistering first-half performance on the counter-attack saw Anthony Martial score what proved to be the winner after Marcus Rashford netted from the penalty spot.

The result came after Solskjaer claimed midweek victory over predecessor Jose Mourinho and his Tottenham side by the same scoreline, handing a huge boost to an Old Trafford reign that was attracting mounting scrutiny.

United have also beaten Chelsea and Leicester City this season, while they remain the only side to take points off runaway leaders Liverpool.

However, Everton sitting 14th in the table ahead of Sunday's match suggests they could spell trouble.

Hitting the 'big six' for six

Although no longer the fixture they were under Alex Ferguson when it comes to the biggest prizes in the game, United certainly have it in them to rise to the big occasion against teams aspiring to those heights.

When facing sides who have started the game in the Premier League's top six, Solskjaer has won four, drawn three and lost two of nine matches after the success at the Etihad Stadium last time out.

That amounts to a win percentage of 44.4 per cent, a number greater than the 40.7 per cent Mourinho enjoyed over the course of 27 games during his United tenure.

In 12 games against those opponents since succeeding Mourinho, Solskjaer has won half and drawn four, losing only twice – 2-0 at home to City last April, having done likewise away to Arsenal a month earlier.

Mourinho only succeeded nine times in 22 of those games, a win percentage of 40.9, losing eight.

Overrun by the also-rans

Sitting alongside those wins over City, Chelsea, Leicester and Tottenham this season are Premier League losses to Crystal Palace, West Ham. Newcastle United and Bournemouth.

Of that quartet, only 10th-placed Palace reside in the top half of the table.

In games facing opponents in the bottom six on matchdays under Solskjaer, United have won six, drawn four and lost three, giving him a win percentage of 46.2.

Pogba to pick the lock?

The sight of Martial, Rashford, Daniel James and Jesse Lingard tearing into the big spaces behind City's midfield at the Etihad did much to explain the unusual trend in United's results.

That quartet in tandem amount to a formidable, livewire threat on the counter attack. However, operating in the small spaces afforded by deep-lying defences is a different proposition entirely.

Paul Pogba is closing in on a return from an ankle injury and, whatever the France star might lack in tenacity, his added creativity and guile could prove a significant asset.

Since returning to Old Trafford for a then-world record £89.3million from Juventus in 2016, Pogba has scored 24 goals in 97 Premier League games.

He has also contributed 25 assists and has created 164 chances – one every 50 minutes.

Lingard, who would probably be most vulnerable to a returning Pogba in Solskjaer's current XI, as Fred and Scott McTominay have thrived at the base of the midfield, has 22 goal involvements compared to Pogba's 49 over the same period.

That breaks down into 13 goals and nine assists. He has created 87 chances, a little more than half Pogba's overall amount.

Although the feelgood factor has returned to United in Pogba's absence, he could yet be the man to make it grow into something more sustainable under Solskjaer.