Madrid, May 31: Tottenham and Liverpool will contest an all-English Champions League final in Madrid on Saturday and both teams certainly earned their place in the showpiece.

A day after the Reds remarkably overturned a 3-0 semi-final deficit against Barcelona, Spurs came back from being behind by the same margin with only 45 minutes of their tie against Ajax remaining in Amsterdam.

Both games were wild matches to live long in the memory but, somehow, they were entirely in keeping with the incredible drama this season's Champions League knockout stages have produced. 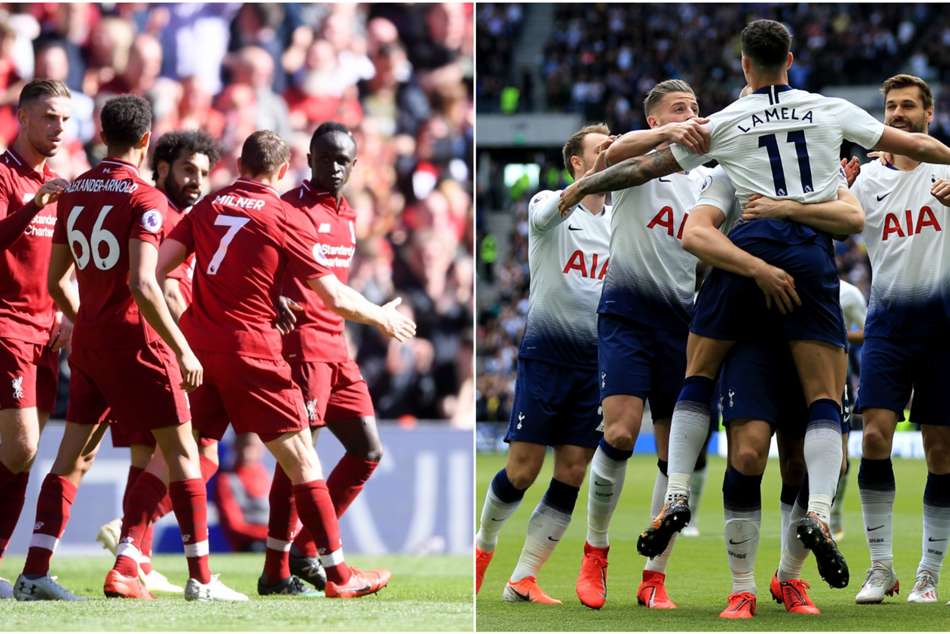 Routine fixtures became the exception as Europe's elite did battle in style.

Setting the tone for a run of games where overturning the odds became vogue, Atletico Madrid saw a strong position crumble in the face of a familiar foe.

Jose Gimenez and Diego Godin gave Diego Simeone's men a 2-0 victory at the Wanda Metropolitano – prompting an X-rated celebrated from their boss in the eyes of UEFA – but the return match of the last-16 showdown belonged to Cristiano Ronaldo.

Massimiliano Allegri figured his star forward's aerial prowess could cause Atleti problems and so it proved when he powered in behind Juanfran to score in the 27th minute.

Jan Oblak could not prevent a second Ronaldo header from crossing his line after Godin and Gimenez were caught out by the five-time Ballon d'Or winner, who dispatched a penalty four minutes from time to complete a hat-trick and take his career tally versus Los Rojiblancos to 25.

They might have fallen painfully in the semi-final, but Ajax's fearless young stars can reflect fondly upon one of the greatest ever modern Champions League campaigns.

Despite their impressive display in a 2-1 first-leg defeat, nobody really seemed to think Erik ten Hag's side could turn things around in the last 16 at the Santiago Bernabeu. Sergio Ramos certainly did not - he purposefully picked up a booking to avoid the risk of a quarter-final ban, earning an additional one-match suspension from UEFA in the process.

In the absence of their captain, Madrid completely capitulated to their fearless and thrilling opponents.

Hakim Ziyech and David Neres put the visitors 2-0 up by the 18th minute and it was 3-0 just after the hour thanks to the inspired Dusan Tadic.

Marco Asensio got a goal back but Lasse Schone's free-kick beat Thibaut Courtois and sent Madrid crashing out. It was the first time they had ever been knocked out after winning the first leg of a Champions League tie.

A day on from Ajax's thrashing of Madrid, Manchester United made history at Parc des Princes.

No side had ever won a knockout tie after trailing 2-0 from a first leg at home, and with 10 senior players missing, including the banned Paul Pogba, United's chances looked slim.

Romelu Lukaku scored just two minutes in, though, and despite Juan Bernat's equaliser on the night, Lukaku capitalised upon a Gianluigi Buffon error to make it 2-1.

As the game crept towards second-half injury time, Diogo Dalot's shot struck Presnel Kimpembe's arm and the referee awarded a penalty after a lengthy VAR review. Marcus Rashford scored it, United progressed and the clamour for Ole Gunnar Solskjaer to be given the permanent manager's job grew louder.

Tottenham scored through Son Heung-min in a tense, frenetic first leg. Crucially, as it turned out, City did not. They were not about to make the same mistake as Raheem Sterling thrashed an early opener past Hugo Lloris at the Etihad Stadium.

Son responded with two superb finishes of his own, leaving Pep Guardiola's side with a quarter-final mountain to climb. They duly began to scale it. Bernardo Silva scored, Sterling scored again. There had only been 21 minutes played.

Something faintly resembling a normal football match broke out and Sergio Aguero finished emphatically to give City the lead in the tie for the first time in the 59th minute.

In a sight Ajax are now familiar with, Spurs looked spent until Fernando Llorente bundled them back into the lead on away goals. That advantage ultimately remained, but only after Sterling thought he had completed his hat-trick. Bedlam ensued until VAR showed Aguero was fractionally offside during the build-up.

Fresh from netting a late winner at Newcastle United the weekend before, Divock Origi allowed the Liverpool faithful to dream by poaching his maiden Champions League goal in the seventh minute. Still, overturning the 3-0 advantage Barca had brought to Merseyside looked a tall order.

Jurgen Klopp needed Alisson to be on form as he saved from Lionel Messi and Luis Suarez, before another unlikely hero emerged.

Andy Robertson's injury forced James Milner to left-back and Georginio Wijnaldum into the fray at half-time. By the hour, the Dutch midfielder had Liverpool level thanks to two goals in 122 delirious seconds.

Origi had the final word thanks to Trent Alexander-Arnold's quick thinking from a 79th-minute corner, leaving Barcelona and Messi crestfallen.

As they did at the Tottenham Hotspur Stadium, Ajax made a smooth start and led through their inspirational captain Matthijs de Ligt in the fifth minute.

Ziyech emphatically made it 2-0 on the night and 3-0 on aggregate, but Lucas changed the complexion of the contest with a quickfire brace as he was supported by Dele Alli's intelligent running from midfield and Llorente's robust accompaniment in attack.

Ziyech hit the post and Spurs centre-back Jan Vertonghen hit the bar. Amsterdam held its breath and Lucas proved to be the coolest man in the stadium in the 96th minute, sending his side onwards to the Wanda Metropolitano.