By Stephen Creek
Updated: Sunday, January 26, 2020, 23:07 [IST]
omnisport-MyKhel Team
Defenders Harry Maguire and Phil Jones both got on the scoresheet as Manchester United beat Tranmere Rovers 6-0 in the FA Cup fourth round.

London, January 26: Diogo Dalot scored his first goal for Manchester United and there were rare strikes from Harry Maguire and Jesse Lingard as the Red Devils routed Tranmere Rovers 6-0 to reach the fifth round of the FA Cup.

A goal glut and a morale-boosting victory was just what Ole Gunnar Solskjaer's men needed after suffering back-to-back Premier League defeats, and the United boss watched a fluent performance from his charges despite a cut-up pitch at Prenton Park.

Maguire opened the floodgates with a long-range strike into the top corner and goals from Dalot and Lingard soon followed to put the visitors 3-0 up inside 16 minutes. 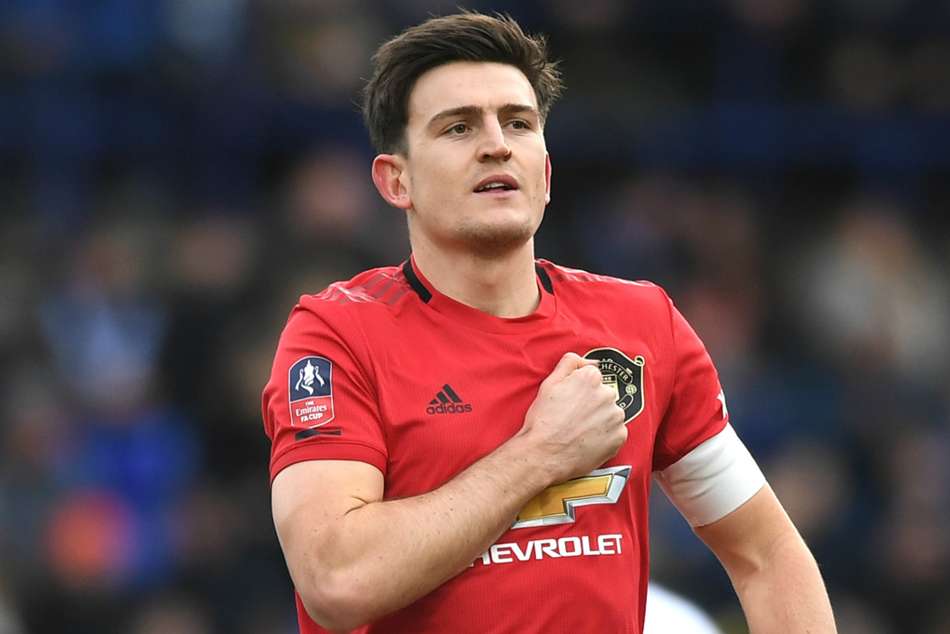 Phil Jones headed United's fourth and Anthony Martial's deflected shot made it 5-0 before Mason Greenwood scored a penalty in the second half to wrap up a win that affords under-pressure Solskjaer some breathing space.

6 - Manchester United have had six different goalscorers in a game for the first time since October 1892, when they won 10-1 against Wolves in the top-flight (also six different scorers). Plethora. pic.twitter.com/Q2zpxEVITQ

After 10 cagey opening minutes, United found space to exploit around the Tranmere box and Maguire strolled forward with the ball before cutting onto his right foot and sending a crisp drive into the top right corner from 20 yards, a slight deflection helping it on its way.

Three minutes later Dalot played a one-two with Martial and skilfully cut inside his marker before hammering an angled drive low into the far corner of the net to double his side's advantage.

Maguire continued his attacking forays and created space on the edge of the box for Lingard to curl United's third into the bottom corner with aplomb, and five minutes before half-time Jones met an Andreas Pereira corner with a looping far-post header over goalkeeper Scott Davies.

Martial rendered the second half a formality when he scored from the left corner of the Tranmere box with a shot that took a wicked deflection and curled just inside the right post.

Substitute Tahith Chong was scythed down by Davies early in the second half and Greenwood rolled his penalty into the bottom left corner.

Dalot broke down the right and lashed a shot towards goal that Davies could only parry away at the near post before Morgan Ferrier missed a one-on-one with Romero at the other end.

Lingard might have scored what would have been just his third goal in 42 games when he tried a bending shot from the edge of the box, but it flashed narrowly wide as a seventh strike eluded United.

What does it mean? Trouble averted - in some style

Any sort of victory would have suited Solskjaer here, with anything less likely to have ramped up the pressure on the manager's position towards breaking point.

But in tricky conditions he coaxed a display full of energy and invention from his side in difficult conditions against a side who were not without goal threat despite their lowly status.

United's slow starts have been a problem for them this season, but captain Maguire led the charge into attack from the early stages and showed his team-mates how to take the game to their hosts.

The experience of former Leicester City man Neil Danns helped Tranmere beat Watford three days earlier, but United found it all too easy to breeze past the 37-year-old in the middle of midfield.

United will hope to be as sharp in front of goal on Wednesday as they aim to overturn a 3-1 deficit in the second leg of their EFL Cup semi-final against Manchester City, while Tranmere entertain Sunderland in League One on the same evening.