London, December 21; Unai Emery says Mesut Ozil did not have the necessary qualities to fit in with the pressing game he wanted to implement at Arsenal despite the playmaker's "brilliant talent".

Emery lasted 18 months in charge at Emirates Stadium and has been replaced by former Gunners captain Mikel Arteta, who signed a three and a half year deal on Friday.

Getting the best out of Ozil will be one of the key challenges for Arteta, who takes the top job for the first time after earning his reputation as a coaching talent as Pep Guardiola's assistant during two Premier League title-winning seasons at Manchester City.

Ozil was sidelined during Emery's time at the club and the Spaniard indicated he hoped to fit the former Germany international into his attacking plans but was unable to do so.

"I've had a lot of conversations with Mesut Ozil," Emery told BBC Sport. "He's a very important player for the team. 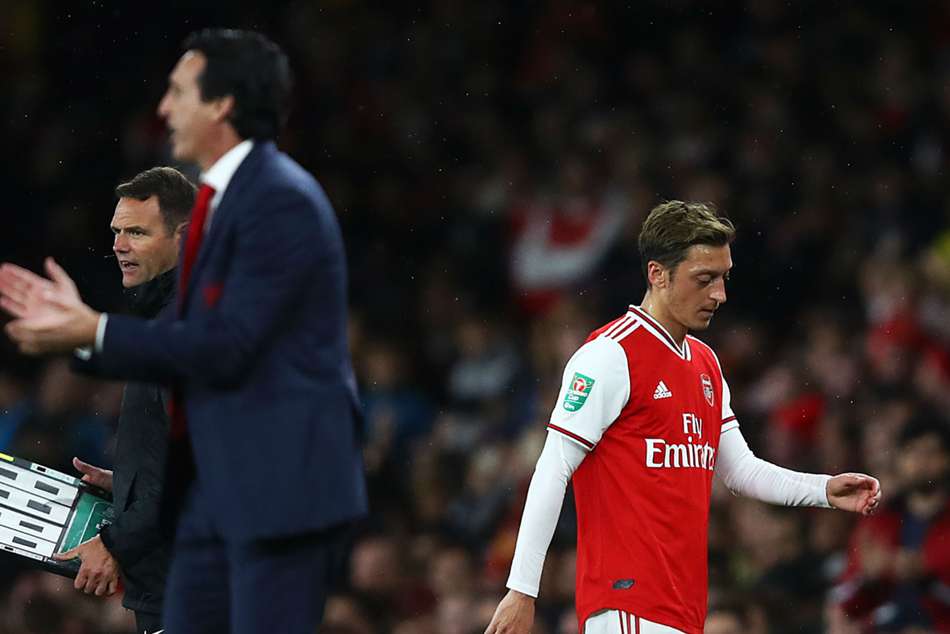 "There are games in which you see Mesut's brilliance, linking with the attack. But also I had to find players around him so he felt comfortable.

"Also the team needed to feel solid. And when you, little by little, have to build a team that is aggressive, intense, as well as structured for good pressure, we also had to find a space for Mesut as he gives us an important part of the game, which is his brilliant talent.

"To do so I had to find the right connections between players; the right tactics. I was very motivated to try to find that. I wanted Alexandre Lacazette, Pierre-Emerick Aubameyang and Mesut to work together, each one of them with their own characteristics.

"But there were times when I had to leave one of them out of the XI. Ozil is a very important player if you can find a way to make it work with other players.

"He has talent that allows other players to be better, but when you want a bit more aggressive pressure he does not have the best qualities for that."

Arteta will not be in charge for Saturday's trip to Everton, with Freddie Ljungberg taking the team one last time ahead of the new head coach's Boxing Day bow at Bournemouth.