Ibrahimovic to LA Galaxy? Beckham, Drogba, Pirlo and the other stars to try MLS

Los Angeles, March 23: Zlatan Ibrahimovic is set to become the latest star of European football to seek a late career challenge on the other side of the Atlantic, with LA Galaxy widely expected to sign the 36-year-old striker following his release from Manchester United. 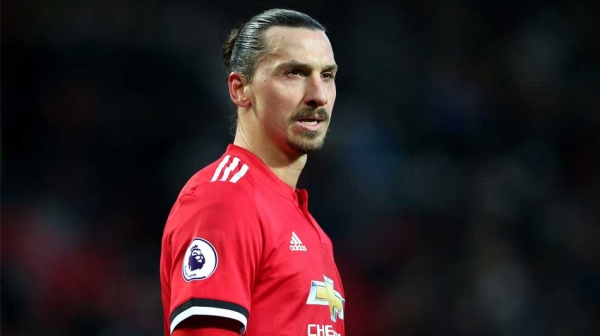 Major League Soccer is attracting more players from Europe closer to their peak nowadays – the superb performances of Italy forward Sebastian Giovinco with Toronto FC standing as a prime example – but the competition remains a destination for greats winding down and hoping for a victory lap.

Ibrahimovic's goalscoring prowess and inimitable personality would be a coup for Galaxy and the MLS. Here we look at how other showpiece signings fare Stateside.

Very much the trailblazer for the superstar acquisitions in the modern era of MLS, Beckham joined Galaxy from Real Madrid in 2007. The Manchester United great's loan moves to AC Milan in 2009 and 2010 soured his relationship with a section of his parent club's fanbase but he left as he arrived – a hero following MLS Cup triumphs in 2011 and 2012. Having exercised an option in his MLS contract to purchase an expansion franchise, Beckham's Miami team are set to enter the league in 2020.

Today is the day we've been waiting for! Visit the link in my bio at noon EST to view the announcement live #FútbolMiamiMLS

Arsenal's record goalscorer, Henry picked up the Champions League crown that had eluded him with Barcelona in 2009. A year later the France forward was bound for New York and he was named in the MLS All-Star XI in each of his four full seasons with the Red Bulls. Despite his team finishing 2013 with the best regular-season record, MLS Cup glory remained elusive before Henry moved into retirement.

Parallels will most readily be drawn between Beckham and Ibrahimovic, but Galaxy fans would sooner see him replicate Keane's exploits. The Republic of Ireland favourite landed in Los Angeles in 2011 to star alongside Beckham initially. He was the club's top scorer and named their MVP for four consecutive years from 2012, while 2014 brought a third MLS Cup for the ex-Tottenham forward.

The last player other than Lionel Messi and Cristiano Ronaldo to win the Ballon d'Or, Kaka became the highest paid player in MLS history when he joined Orlando City for their maiden campaign in 2015. A free-kick on debut to snatch a draw against New York City instantly endeared him and the Brazil icon hung up his boots last year with 24 goals in 75 MLS appearances.

Spain's all-time leading goalscorer, Villa arrived ahead of New York City's MLS debut in 2015 as the franchise's captain. Although the Manchester City-affiliated club are yet to win a major honour, it is not for the want of trying on Villa's part. The 36-year-old former Valencia and Barcelona forward has scored 66 MLS goals in 100 appearances and his form even earned a Spain recall last year.

Pirlo followed Villa to New York City after his renaissance at Juventus helped to inspire for consecutive Serie A titles – a run his former club have continued to add to. The 2006 World Cup winner made 62 appearances in the MLS, operating for the bulk of this time at what could charitably be termed a regal pace, with his flashes of brilliance increasingly dimmed amid the league's physicality.

After his second spell at Chelsea, Drogba made an explosive start to life in the MLS, netting 11 goals in as many 2015 regular season games for Montreal. His form tailed off in 2016 and a deteriorating relationship with head coach Mauro Biello was a factor in the Ivory Coast striker's 18-month stay coming to an end. Drogba's American adventure has continued as player-owner with Phoenix Rising of the United Soccer League.

Lampard's arrival in New York was delayed by a half-season stay at Manchester City being extended for all of 2014-15, prompting similar fan reaction to the European returns of former England team-mate Beckham. Thankfully for Lampard, the goalscoring Midas touch from midfield had not deserted him and 15 goals in 31 MLS games – including the club's first ever hat-trick - stood as a decent attempt to get supporters back onside.

As my time at NYCFC comes to an end I would like to thank so many people for the kindness and support that they have shown me over the last two years. My teammates have been a pleasure to play alongside. The amazing fans have given me incredible support and backing. All the people that work behind the scenes at NYCFC have made it so easy for me to work and settle here. I have very much enjoyed my time, and I am very grateful to have had the opportunity to play for such a great club and in such an incredible city. I leave with many great memories as I embark on the next stage of my career and I’ll be making an announcement very soon. @nycfc

Lampard's old England midfield partner Gerrard joined Galaxy in 2015. The sight of him wearing a club shirt other than Liverpool's was jarring and Gerrard failed to make a similar impression to Beckham and Keane in the City of Angels, with an MLS Cup to add to Galaxy's glorious run between 2011 and 2014 proving out of reach.

Of the English contingent to have made LA Galaxy their home, Cole remains. The 37-year-old left-back signed a one-year contract extension in January. "He's been a tremendous leader for our club," said Galaxy head coach Sigi Schmid at the time – a sentiment with which his red card in a 2-1 defeat to New York City last time out did not completely align.